A local entrepreneur has beaten a budding startup to the race to unveil Malta's first Bitcoin ATM.

The machine, which has been installed outside a Sliema shop on Blanche Huber street, allows users to buy Bitcoin and check their ewallet balance using QR codes displayed on their smartphone.

Bitcoin is a decentralised cryptocurrency and payment system that runs on blockchain technology - meaning all transactions are recorded on a public distributed ledger.

Traditionally, buying the currency involves signing up with an online exchange service and sending money to your ewallet through them via bank transfer or credit card purchase.

Bitcoin ATMs do away with most of these technical somersaults, though users must still have their own currency ewallet to start with.

Simplicity comes with a price tag

Ease of use, though, comes at a price. Transactions through the ATM will incur an eight per cent transaction fee, owner Gabriel Cretu Torica said. 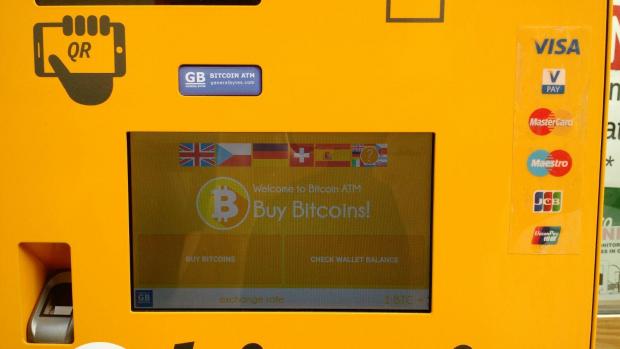 Users can buy Bitcoins or check their ewallet balance through the ATM.

By contrast, tech-savvy users buying Bitcoin from an online exchange can pay lower fees. An exchange such as Coinbase, for instance, charges 1.49 per cent for bank transfers and 3.99 per cent for Bitcoin purchases via credit card. Users must also factor in any international transfer fees charged by their bank, as well as currency exchange rates.

Mr Torica noted that some online exchanges charged rates as high as 10 per cent and added that ATM purchases had the added advantage of speed.

"Online exchanges often ask for ID verification, and that can waste up to 24 hours," he said.

READ: Could this be Malta's first Bitcoin ATM?

Mr Torica got in touch with the Times of Malta after reading a report that local start-up Ivaja was raising money to purchase a Bitcoin ATM and install it in Sliema or Valletta.

He explained that he had already bought a Bitcoin ATM but was still looking for a shop or restaurant owner willing to have it installed at their premises.

By Saturday, the search was over and Mr Torica got to work installing the machine outside Venture Trading in Sliema.

Contacted on Tuesday, Mr Torica insisted he had nothing to do with a man with his name caught up in an ATM skimming court case in Slovenia.

According to reports in Slovenian news outlet Delo.si, a Gabriel Cretu Torica failed to appear in court in early 2016 to face charges of causing an ATM damage in an attempt to install a skimming device.

Mr Torica told Times of Malta he had never lived in Slovenia and was younger than the man mentioned in news reports.

"Plenty of people share my name in Romania. I have absolutely nothing to do with this case," he said.

Mr Torica is convinced that making Bitcoin purchases easier will help open the technology up to a much larger audience.

Users who buy bitcoins through the ATM receive an automatic confirmation on their phone or email address the moment they buy the currency, he explained.

"Many people are still suspicious of Bitcoin and immediately assume it's something used by criminals," he said. "But I'm sure this will change over time as people realise the benefits."

Those benefits range from privacy - transactions are discreet and not taxed - to the promise of low transaction costs close to 0% and the ability to send money to anyone, anywhere, without traditional banking restrictions.

READ: PM calls on Europe to become the Bitcoin continent

On the other hand, critics note that Bitcoin's anonymity - transactions cannot be traced unless a user publishes their ewallet address - and the impossibility of Bitcoins being seized by a third party, such as the government, make the cryptocurrency an ideal vehicle for criminal activity.

Fears about Bitcoin exchanges taking people's money and then folding, as Mt. Gox owners are accused of doing when they filed for bankruptcy in 2014, have also fuelled doubts about the cryptocurrency. 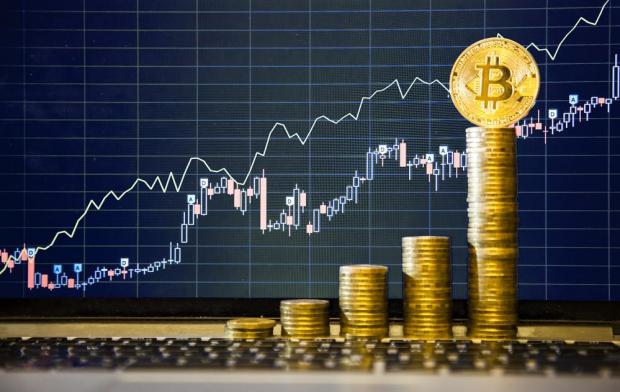 Despite the scepticism, Bitcoin is gradually entering the mainstream, after years of being ignored and sometimes actively resisted by governments and regulators.

As of 2015, more than 100,000 merchants accepted it as a form of payment, and earlier this year Japan made Bitcoin an officially recognised form of legal tender. In parts of the world you can do your shopping, pay restaurant bills, or make contributions to political campaigns in Bitcoin. Students at Cyprus' University of Nicosia can even pay their tuition fees using the cryptocurrency.

Wild swings in its valuation - Bitcoin traded at more than €2,000 against the euro on July 14, plummeted to close to €1,600 just two days later and has since risen again to over €2,500 - and growing competition from some of the 900 other digital currencies in circulation suggest the cryptocurrency revolution is still at an embryonic stage.

Bitcoin itself is poised to receive a shock to its system next week, when a breakaway group will split and form a separate currency 'fork' known as Bitcoin Cash, which is better equipped to process near-instantaneous micro payments.

What that will mean for Bitcoin's value remains to be seen. But with a total market capitalisation nearing the $1 billion mark and ATMs like Mr Torica's making it easier than ever to buy the currency, its future seems all but assured.