“It’s a small thing but it means a lot that I can afford to buy my children chocolate. I couldn’t do that in my country. We came here for a better life. I am thankful to Malta for that,” Miroslav (name changed) says, looking at his girls.

Three blonde sisters, aged six, 10 and 12, take turns at blindfolding each other. They are sitting in the Expatriates Unit at Identity Malta and have come up with a repertoire of games with the younger one’s cardigan to pass the time.

Since they left Serbia two years ago, they have had to accompany their parents each year to reapply for their residence permits so they can live in Malta legally and attend school.

This year has been different.

Members of the Serbian community are reporting that Identity Malta is strictly enforcing a residency policy that particularly impacts families.

The requirement for a residence permit of a family member of non-EU nationals obliges applicants to earn at least €19,000 a year as well as 20 per cent of that wage for each family member.

Miroslav’s daughters were in the room last week when an Identity Malta employee told their parents they did not earn enough money to keep their children in the country with them.

“You can stay but the children have to go back home,” she said.

The basis on which they were not allowed to lodge their application was that they earned below the amount stipulated for third country nationals to keep three children: €30,400 annually.

The girls watched as their parents argued that their financial situation had actually improved on previous years. Their father’s salary had increased since he had first arrived as he was given more responsibility at the cleaning company he works for.

But, according to the policy, with bonuses and overtime he still only earned enough to keep one child: approximately €23,500 annually.

Their parents asked to talk to the director and then went to the customer care unit.

“If you can’t afford to keep the children you need to send them back to your country,” employee after employee repeated, according to Miroslav. 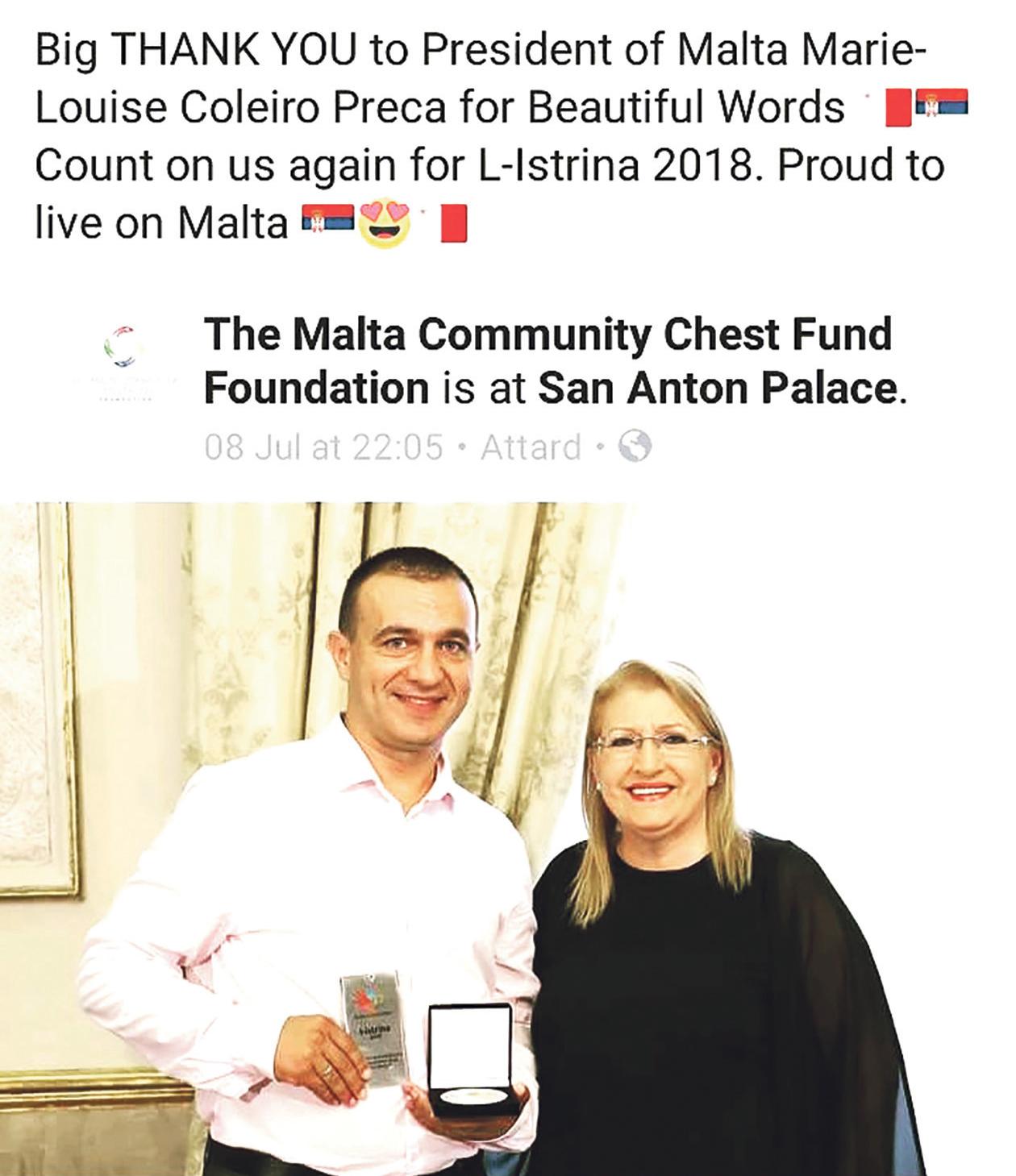 He held back his anger while his wife tried desperately to plead with the staff.

“But we have nowhere to send them. We live and work here. This is our home now.”

According to the policy that is based on legislation introduced in 2007, the wage requirement can be waived.

It states: “In the case that both parents are in employment, if the combined wage is lower than the amount indicated beforehand it shall be at the sole discretion of the director to decide upon the application.”

Slobodan Rangelov, a community figurehead among the Serbians, says this is the first time in the five years he has lived in Malta that the policy is being strictly enforced.

In the last three months, he has received calls from over 50 parents within his community who have had trouble applying or reapplying for residence permits for their children.

“Many Serbians and other non-EU workers living here generally earn the minimum wage. Identity Malta used to accept a bank statement showing they had enough money to maintain their children or they could get a friend to act as a sponsor for the child. But now they won’t even accept that,” he pointed out.

Mr Rangelov does what he can to maintain strong relations and open communication channels between his community and the Maltese.

“We want to give something back. We come here for a better life but we also want to be part of this community.”

He has been on the annual charity extravaganza l-Istrina twice and has met numerous times with the authorities, including Identity Malta, representing the Serbian community.

However, he is extremely worried with how the strict enforcement of the policy will impact him and other third country nationals who do not earn enough.

“People are desperate. They are writing to UNICEF and the Commissioner for Children, to get help,” he said.

“In the last two weeks, a Facebook group with about 350 followers was set up to address the problem and we are holding meetings about this issue.”

When asked why he thought Identity Malta was enforcing this policy suddenly, he replied: “The government may want to save on social benefits, which all Serbian families earning under €19,000 are automatically entitled to. And, also, there are the schools.

“A lot of us send our children to public schools and right now we know the schools are full and there are not enough teachers.”

No answers from Identity Malta

Contacted by Times of Malta, a spokesman for Identity Malta did not answer the question as to when and why the policy had started to be enforced so strictly.

Identity Malta said it dealt with every request for a residence permit on a case-by-case basis following consideration of all the circumstances of the family.

However, several families of third country nationals contacted by Times of Malta claimed otherwise, arguing that while they had been granted residence permits for their children in previous years, they were being denied the ability to reapply for this permit in the last couple of months even though their circumstances had not changed.

Home Affairs Minister Michael Farrugia was asked about this policy in an interview on the fringes of this week’s EU migration summit.

He said that while it was not his department’s responsibility, an applicant’s income should be adequate to support the family. He added: “If you are not able to support your family, then why put more pressure on the system?”

Times of Malta accompanied Miroslav’s family to reapply for their children’s permits two weeks after being told their earnings were too low to submit the application.

The purpose was to follow how the process works. With Times of Malta at their side, this time their application was accepted, even though the circumstances of the family had not changed as the couple’s earnings remained €23,500.

Identity Malta would not reply when asked whether there was lack of transparency in the procedure.

Does this apply to all Third Country Nationals?

Serbians, who constituted the second largest proportion of non-EU foreigners in 2018, at around 3,800, are impacted disproportionately by the issue, Mr Rangelov said. He explained that many live in Malta with their families and tend to work low-paid jobs, therefore falling foul of the thresholds being enforced by immigration authorities.

Filipinos, who made up the highest number of foreign workers in 2018, also tend to be in low-paid employment. However, many leave their children in their home country with their relatives and, therefore, have not been affected in the same way as the Serbian community, a Filipino community leader told Times of Malta.