Having fresh food at home without cooking it might soon be possible thanks to a machine that 3D-prints finished meals.

The new appliance, that soon might be a staple on kitchen countertops, will revolutionise the way we see food and prepare it, according to mechanical engineering Professor Hod Lipson.

The machine chooses a meal’s edible ingredients, such as pastes, gels, powders and liquid ingredients, which it later prints as food from frozen cartridges. 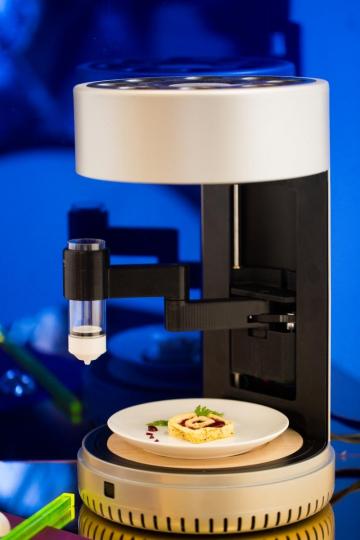 "Food printers are not meant to replace conventional cooking -- they won't solve all of our nutritional needs, nor cook everything we should eat," says Lipson, a pioneering roboticist who works in the areas of artificial intelligence and digital manufacturing at Columbia Engineering.

"But they will produce an infinite variety of customised fresh, nutritional foods on demand, transforming digital recipes and basic ingredients supplied in frozen cartridges into healthy dishes that can supplement our daily intake. I think this is the missing link that will bring the benefits of personalised data-driven health to our kitchen tables -- it's the 'killer app' of 3D printing," he says in Science Daily news.

Lipson’s team has been working on getting the prototype ready, but the biggest challenge is getting the printer to ‘cook’ the food. While Lipson is sure the machine will be up and running this summer, "stuffing it all into the new machine, which is much more compact than the printer we've been using, is a big challenge."

The machine comes with a robotic arm, holding eight slots for frozen food cartridges. Lipson’s engineering students are now working on incorporating an infrared heating option to the arm.

Lipson considers cooking an especially exciting study area, as it is close to everyone.

"We've been cooking forever, but if you think about it, while technology and software have wormed their way into almost every aspect of our lives, cooking is still very, very primitive -- we still cook over an open flame, like our ancestors millennia ago. So this is one area where software has not yet permeated. And when software touches something, it takes off," Lipson said.

As the 3D-printing technology was available, Lipson and his team collaborated with International Culinary Center (ICC) in New York to create new kinds of foods to print. Chef Hervé Malivert, ICC's director of food technology and culinary coordinator, hoped to expose his students to the future of food and new food technologies.

"It was exciting to be able to design dishes with the software, to see the drawing ahead of time, to see what's going to happen, to make interesting shapes and geometries," Malivert said.

"This will help with planning, and will be great to have at home. As these printers improve, it will be exciting to see where we can go with these machines. For instance, I think they will be very useful in the area of health and nutrition, especially in nursing homes and hospitals," he continued.

Lipson and his team are trying to make the final touches for the software and the machine ready by the end of the year.