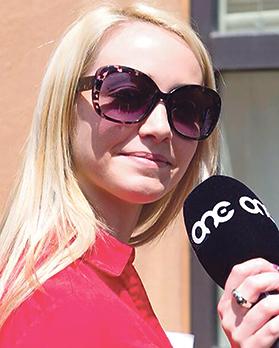 Justice Minister Owen Bonnici has appointed a 21-year-old Labour TV reporter to the Board of Petitions, which has the power to waive the fines imposed by local tribunals.

Nicole Buttigieg, a junior reporter at One – Labour’s TV station – was nominated by Dr Bonnici to serve on the board for two years, even though she does not hold any degree or qualification.

According to the law, each member forms a board on their own. The one-member boards are given dozens of petitions to sift through every week and have the discretion to decide whether petitioners will be let off. Fines may be imposed for contraventions ranging from traffic offences to breaches of education and waste collection rules.

READ: Minister says controversy over his daughter's job is 'fuss about nothing'

I don’t know exactly how much she will be paid, but she will earn as much as the other board members- Justice Minister Owen Bonnici

Doorstepped after no replies were sent to questions, Dr Bonnici admitted he had appointed the One reporter and said that she was being remunerated from taxpayers’ money for the job she would be doing when not reporting for the Labour TV station.

“I don’t know exactly how much she will be paid, but she will earn as much as the other board members,” Dr Bonnici said.

READ: Bonnici says he appointed partner to board before they began dating

Pressed for his comments as to whether the appointment was appropriate, particularly since Ms Buttigieg has no qualifications or experience to decide such matters, Dr Bonnici said that he felt Ms Buttigieg was fit and up to the task.

Each member of the board is remunerated according to the number of petitions they examine and meetings they carry out, and they normally earn about €10,000 a year.

READ: From L-Orizzont editor to OPM aide at Castille

A senior official at the Local Enforcement Agency (Lesa), which is responsible for wardens, described Dr Bonnici’s nomination of the One TV reporter as scandalous.

“This appointment is unprecedented, not only because it involves a young person with no qualifications whatsoever, but also because of the partisan bias the Labour reporter obviously has.”

According to the law, board members can only be removed from office by the Prime Minister on the same grounds as the removal of a magistrate.

No details have been given about these persons’ qualifications, though some of them hold a law degree.

Listen to Dr Bonnici defend Ms Buttigieg's appointment in the audio file below.