Malta international goalkeeper Rashed Al-Tumi suffered abuse on social media from an official in a local football nursery after he condemned the murder of George Floyd in the United States.

Floyd, an unarmed black man, was killed by a white policeman in Minneapolis on Monday despite his protestation that he could not breathe. The case has sparked protests throughout the United States and several other countries.

Manuel Pisani, who works within the San Ġwann Youth Nursery, responded to Al-Tumi’s comments by telling him “go back to your country” and “you are not Maltese, you came here young, we taught you something.” 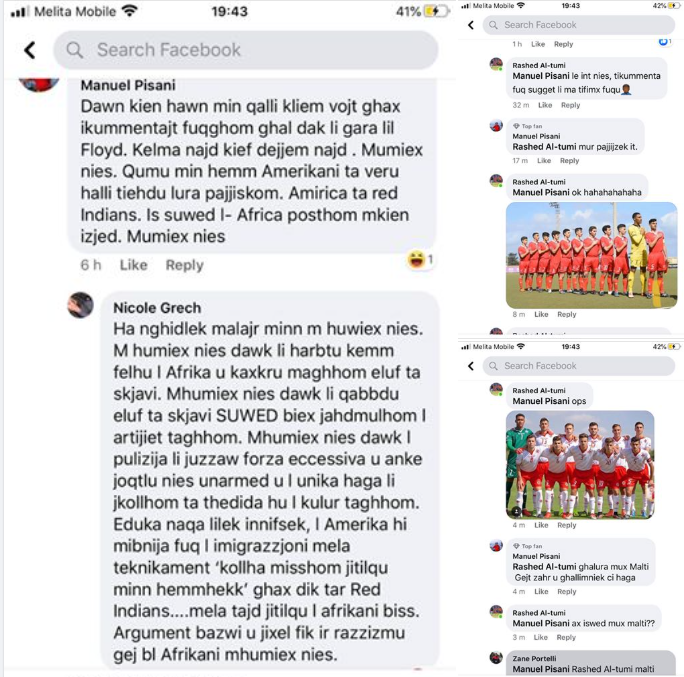 San Ġwann FC's response to this case was to dismiss Pisani from their club with immediate effect, reports said.

Al Tumi has represented Malta at various youth level matches and is regarded as one of the most promising goalkeepers of Maltese football. He is currently on the books of Italian Serie D side Casarano.

The comments from the San Ġwann official were strongly condemned by the Maltese football fraternity.

In a statement, the Malta Football Association expressed its solidarity with the young international goalkeeper.

“The Malta Football Association expresses solidarity with Maltese goalkeeper Rashed Al-Tumi who has been the target of racially-motivated comments on social media,” the local governing body of football said in a statement.

“As the derogatory comments have been made by a member of a local youth football nursery, the Malta FA will be formally asking the Youth FA to look into the matter.

“Regrettably, this is not the first incident of its kind in recent days as Maltese footballers Yannick Yankam and Jacob Walker were also subjected to racial abuse on social media.

“During this delicate time when the world is in shock over the tragic death of George Floyd in the United States, the Malta FA reiterates that racism and discrimination have no place in our society,” the MFA said.

The Valletta Youth Development Sector, who nurtured Al-Tumi’s talents in their nursery, also hit out at the comments made by Pisani.

“Attacks and comments of this kind are never accepted especially from a person who works in a football nursery,” the statement said.

“While we condemn similar comments, we hope that the Youth FA as well as the nursery concerned will take action against this person who is not fit to be working in football, particularly in the youth sector.”