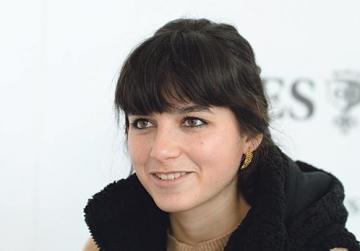 A young Maltese-Syrian is planning to return to Lebanese refugee camps to build a school for war-stricken children for whom education is the silver lining in a bleak future.

When Zarifa Dag travelled to Bekaa Valley with a group of Maltese volunteers, she experienced first-hand what it means to share a classroom with 45 students.

Resources at the seven schools that they visited were stretched beyond their limit, with classes held in the morning for Lebanese students and in the afternoon for Syrian refugees aged seven to 18.

The 20-year-old was struck by the willpower of the youngest students, who despite not knowing a world without war and living a life on the run or in camps, turned up to class brimming with energy.

For those older than 12, hope is fading fast

Ms Dag knows too well how much of a priority education is for Syrians. Born in Malta to a Maltese mother and Syrian father, she often travelled to her second home before the war broke out.

Only two of her relatives have survived the Syrian civil war, which has been devastating lives for nearly eight years. According to the UNHCR, over 5.6 million people have fled Syria since 2011, seeking safety in Lebanon, Turkey and Jordan among others. Another 6.6 million have been displaced within the country. 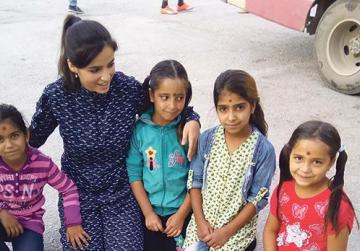 Zarifa Dag, a young Maltese Syrian, is determined to build a school for war-stricken Syrian children living in refugee camps in the Bekaa Valley, Lebanon.

For some of those whom she met in the Bekaa Valley in Lebanon, especially those older than 12, hope is fading fast. Their parents told Ms Dag that they have “given up”.

But resilience seems to be thriving at schools, where despite the discrepancies in their pay, Lebanese and Syrian teachers have come together to ensure that the war does not disrupt the children’s education.

There they are taught the major subjects, including maths and languages, but as they get closer to 18, they can opt for more specialised subjects in preparation for university.

Students can continue post-secondary studies in Lebanon or Damascus, across the border from the Bekaa Valley. However, the trip to Damascus is not always an easy one, as they could be questioned and held over suspicion that they are related to someone who opposes the Syrian regime. 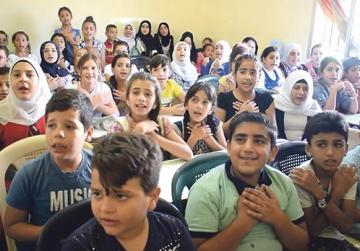 As an extra-curricular activity, a children’s choir meets on Sundays to practice for an upcoming concert.

Throughout her trip, when she was not at one of the seven schools where she taught English through art, Ms Dag was visiting houses at camps. Some were made out of wood and others of brick, with many being overcrowded and housing the kitchen and toilet facilities within the same room.

Refugees pay rent for the house itself or the plot they live in, but the conditions in some were hazardous, she said, recalling being told of an incident where eight children suffered burns in fire caused by a gas leak.

“Something that remains imprinted in my mind is the discrepancy between Syrian migrants who have settled down well after living in the area for some years, and others who barely have enough to get by.

“They have the same Syrian roots, their houses are right next to each other, but their lives are worlds apart,” she noted.

While some refugees are keen to go back to their home country but are yet unsure of the safety of their neighbourhood, others have set their eyes on scholarships outside of the Middle East.

One family has seen off to the US two of its eldest daughters but struggled to find support when it comes to medical interventions for the youngest daughter, who is severely ill.

Some barely have enough to get by

Ms Dag said that the only option in such cases is to bribe someone to take the daughter out of the country to seek medical help.

Before heading to Lebanon, Ms Dag, who is completing her Digital Arts degree at the University of Malta, had volunteered with Syrian refugee students in Malta.

When she returned from the camps, the experience inspired her to start planning how she could set up a school for refugees in Lebanon. However, she is going to need all the help she can get from like-minded people.

Those who would like to help out can get in touch on dig.zarifa@gmail.com. 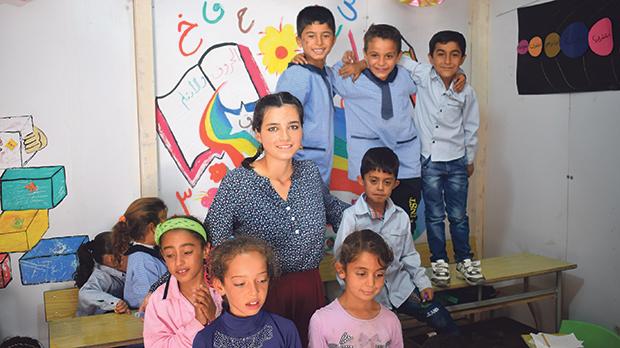 Despite not knowing of a world without war, Syrian children turn up to class brimming with energy.