More than 150 Żabbar residents are furiously opposing roadworks in their neighbourhood, arguing that the government is constructing a pavement with excessively wide planters that will eat up around 30 parking spaces and make the road dangerously narrow.

They have now signed a petition and taken to putting up signs, which express their displeasure, along the road.

The families reside in San Leonardu Street, in Xgħajra, a road being rebuilt by Infrastructure Malta. For weeks, they have been pleading with the authorities to suspend works and redesign the project to allow for more parking spaces and a wider passage for vehicles.

But the residents are not convinced.

Most of them have taken to social media to complain that a road which had been comfortably wide for 30 years has been reduced to a suffocating, narrow, two-way street, causing a hazard to motorists.

Buses can barely pass by one another, they are contending.

The road, situated in the limits of St Peter’s, in Żabbar, has buildings on one side and fields on the other, where there was never a pavement and residents would park their cars freely.

A pavement is now being constructed along the stretch of the unbuilt side of the road and in other parts it has been widened and planters installed.

At least 154 residents have signed a petition urging the prime minister to get the plans redesigned in consultation with them.

But the residents say they feel “humiliated” because all their efforts have so far been ignored.

“The families here are hurt. The authorities have completely turned a deaf ear on us and this is not the humility which the government had promised when it was re-elected last March,” one resident, Rennie Azzopardi, said.

“We’re all in favour of resurfacing the road but this project could have been planned better. We will not stop until we get justice,” he added. 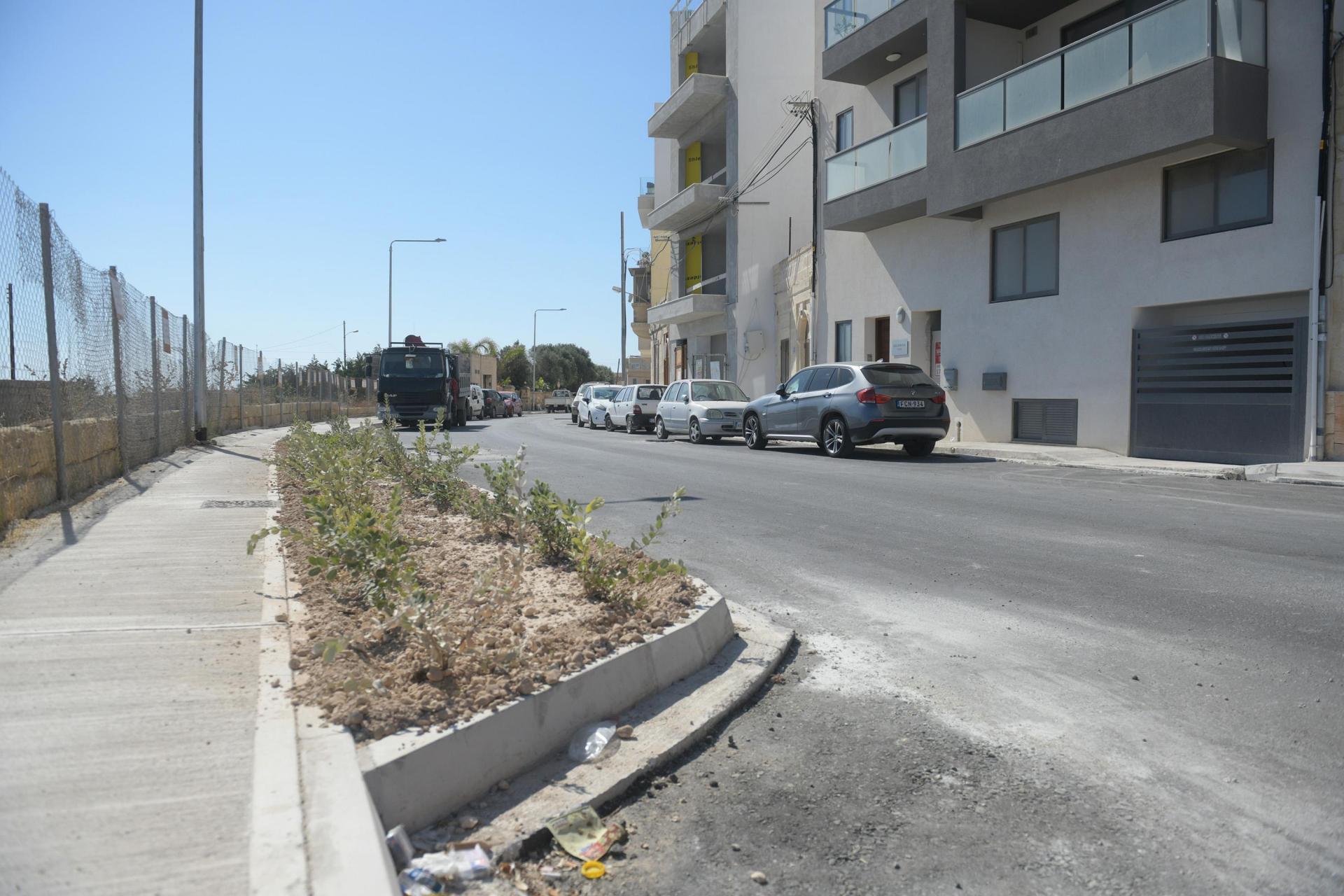 The placards stuck to construction bollards and poles along the road call out “power, money and arrogance”.

“The new footpath was designed in line with applicable standards and the accessibility guidelines of the Commission for the Rights of Persons with Disability,” a spokesperson said.

It said the pavement was not excessively wide and people were previously parking on space earmarked for the pavement.

“If no vehicles are irregularly parked, the carriageway width is not dangerously narrowed.”

Meanwhile, 14 new cypress and judas trees and more that 1,600 shrubs and plants are being planted.

“These landscaping strips are contributing to an improved environment along this road while increasing segregation between pedestrians and vehicles,” the spokesperson said.