A total of 11 new coronavirus cases were registered overnight, the health authorities said on Tuesday, as four other patients recovered.

The additional new cases mean the total number of patients being cared for has inched back into triple digits.

This marks the first time in over two months that Superintendent of Public Health Charmaine Gauci did not provide the numbers during her daily midday briefing.

Instead, the numbers were shared via an infographic on Facebook.

When contacted, a Health Ministry spokesperson told Times of Malta that Gauci would be "providing information about the new cases tomorrow". 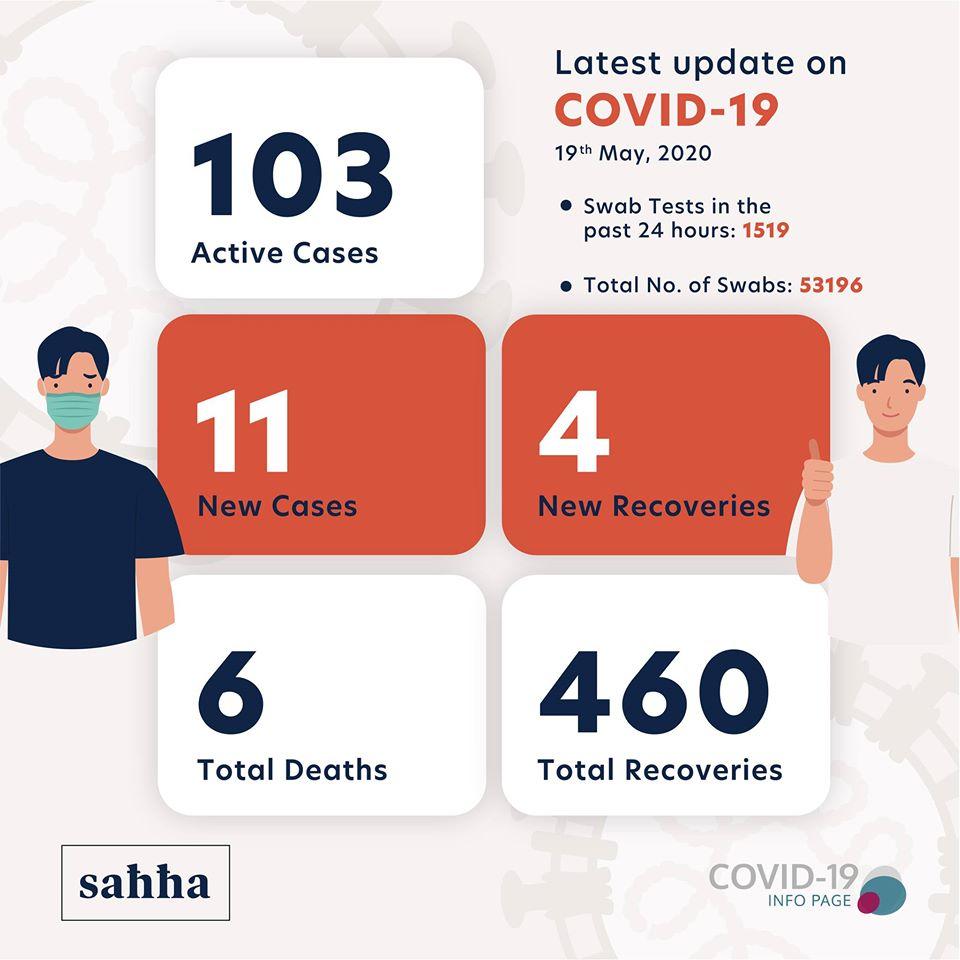 The infographic shared on Tuesday.

The eleven cases were registered after 1,519 swab tests were carried out overnight.

Gauci had been providing daily news briefings ever since Malta registered its first COVID-19 cases on March 7.

But on Monday, she announced that the daily briefings would end, to be replaced by briefings only on Mondays, Wednesdays and Fridays.

The shift comes as the lifting of more measures was announced on Monday evening, with Prime Minister Robert Abela confirming restaurants, hairdressers and other non-essential services will resume operations on Friday.

In a reaction, on Tuesday morning, doctors warned the COVID-19 situation is not as stable as the government is claiming, saying the past 10 days have seen the "worst crisis at Mater Dei".