Many food couriers living and working in Malta say they are only paid €2.10 per delivery and only manage to make around 10 deliveries per day, working 11-hour long days.

Several Bolt food couriers opened up with Times of Malta about the shocking working conditions they liken to “slavery”.

This was after at least 300 Bolt couriers staged an informal strike on Friday over declining pay, bonuses and work over the last few months.

Several customers experienced delays when ordering from the Bolt food app and many restaurants appeared not to be receiving orders due to “high demand”.

For some Bolt drivers, the strike is pointless. Video: Karl Andrew Micallef

The stoppage by couriers may continue into the weekend.

Most of them don’t get a day off and sometimes clock up to 16 hours a day to manage a decent living, they said.

On weekdays they get around 10 or 12 orders a day, an average of one order per hour. On Saturdays, orders might go up to 20 if they are lucky.

“For every delivery I made, Bolt paid €5.50 to the agency that employed us,” said one food courier who has now quit because he could not take it any more.

Another courier said that, during the first two months on the job, he was so desperate to pay back the debts he had accumulated that he worked Mondays to Sundays from dusk till dawn. At the end of the month, he only managed to cash in €600 – for an 80-hour week.

Some spoke of a slightly better pay: €2.50 per delivery on weekdays and €3 on weekends.

They explained that their working conditions have worsened because agencies began to employ hundreds of couriers.

This was to have enough of them driving around the country or standing idle outside restaurants to enable Bolt and rival food delivery company Wolt to keep delivery durations as short as possible.

The more couriers, the more customers can be offered mere 15-to-20 minute delivery times.

Times of Malta saw a Bolt group chat that the couriers say includes all the drivers that work for Bolt – it had 2,500 members.

“There are too many drivers for each delivery. That’s why you see so many of us waiting outside restaurants for hours, waiting for a delivery request to chime in our phone,” one courier said.

“Sometimes, we wait for four or five hours outside a restaurant before we get a single delivery and for that idle time we don’t get paid.”

After a few weeks on the job, most couriers started to feel they were being treated like slaves.

“It’s exactly like slavery, if you think about it. In the old days, masters demanded that their slaves bring them food and satisfy their desires in the shortest possible time and only gave them enough to keep them alive,” one courier said.

“We’re living in the same conditions. People want to get food from us in the shortest possible time and almost nobody knows what we must go through just so that they get their food quickly.”

Attempts by couriers to directly talk with Bolt management have proved futile, the couriers said. 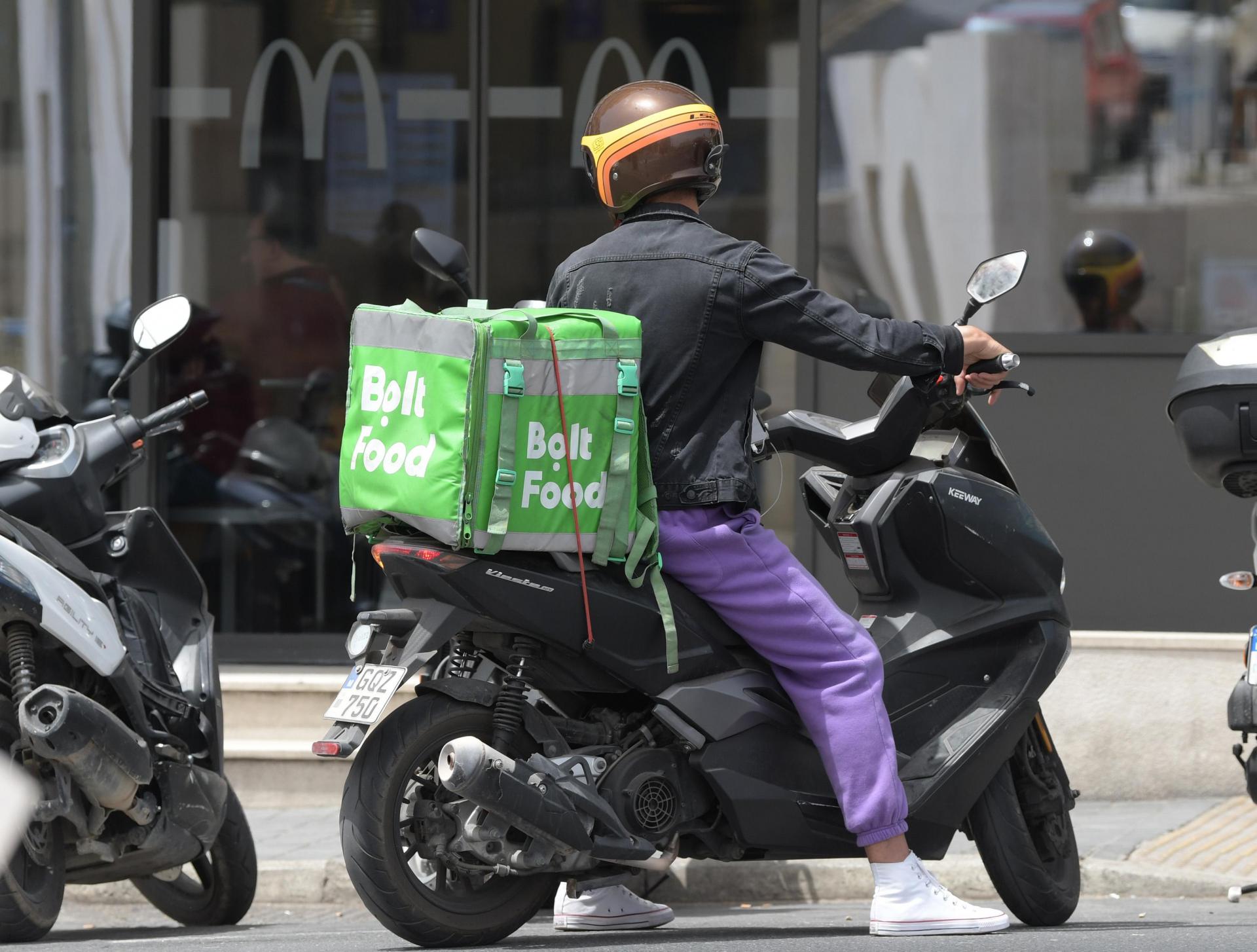 A Bolt driver. The company says it is working on improving their remuneration. Photo: Matthew Mirabelli

“Before, we were invited to the office to out our concerns and things did change with us couriers coming together and fighting for our rights but now this has been completely shut down,” said one courier.

“We have no way of communicating with the office whatsoever.”

A spokesperson for Bolt on Thursday said the company was working on “optimising the pricing” and that this would have a positive impact on courier earnings within the next few days.

Last year, an investigation into the food delivery business carried out by the Department for Industrial and Employment Relations (DIER) found that food couriers were not getting enough time to rest and that their employers were deducting money from their first salary to pay for their attire and work equipment.

The department presented recommendations to all recruitment agencies in May last year.

A spokesperson for Recruitgiant, one of the largest recruitment agencies in Malta, said it was the first courier fleet operator in Malta to adopt the guidelines established by DIER.

“These guidelines are, of course, based on Maltese employment law and include all statutory benefits.

“In addition, all new drivers are given a scooter, clothes, equipment and a helmet on their first day and we also cover their fuel and mobile phone costs,” the spokesperson said.

“We are also the only operator to publicly welcome EU initiatives designed to improve working conditions for drivers.”

How Bolt and Wolt operate

Bolt and Wolt do not directly employ couriers if they are third-country (non-EU) nationals. EU citizens work as independent contractors who pay for their own fuel and motorbike and receive compensation per delivery.

“As self-employed, we pay for our vehicle, we pay our fuel, we wait around for the food to be ready and, at times, don’t even get the proper compensation in comparison to km travelled” one disgruntled courier told Times of Malta.

But despite sporting the typical, distinguishing Bolt and Wolt jackets and backpacks, most delivery drivers are not employed directly by either of the two food delivery platforms.

Third-country nationals are employed by an agency which is sub-contracted by the two large platforms, meaning the driver is paid by his agency, which is, in turn, paid by Bolt and Wolt.

Agencies, also called fleets, take more than 40 per cent of courier earnings as fees and require couriers to fulfil a daily delivery quota.

However, aside from a motorbike, little else is provided to their couriers, some complain.

Fuel is paid out of pocket and benefits such as sick and holiday leave and workplace accident compensation are not provided, according to multiple sources.

The Association of Catering Establishments said the protests were of concern and they would be raising the issue with relevant authorities in the coming days.

While workers had a right to strike, such actions would ultimately impinge on catering establishments, ACE said.

"This is more so given the challenges the industry already faces," it pointed out.