Another 221 people tested positive for COVID-19 between Monday and Tuesday, the highest number since January 12, when 240 new cases were recorded.

One new death was recorded, bringing the number of victims up to 306, data released by health authorities showed.

The latest victim is an 84-year-old man who died at St Vincent de Paul.

According to public health data published on Facebook, a further 191 people recovered between Monday and Tuesday, meaning Malta now has 2,500 active cases. 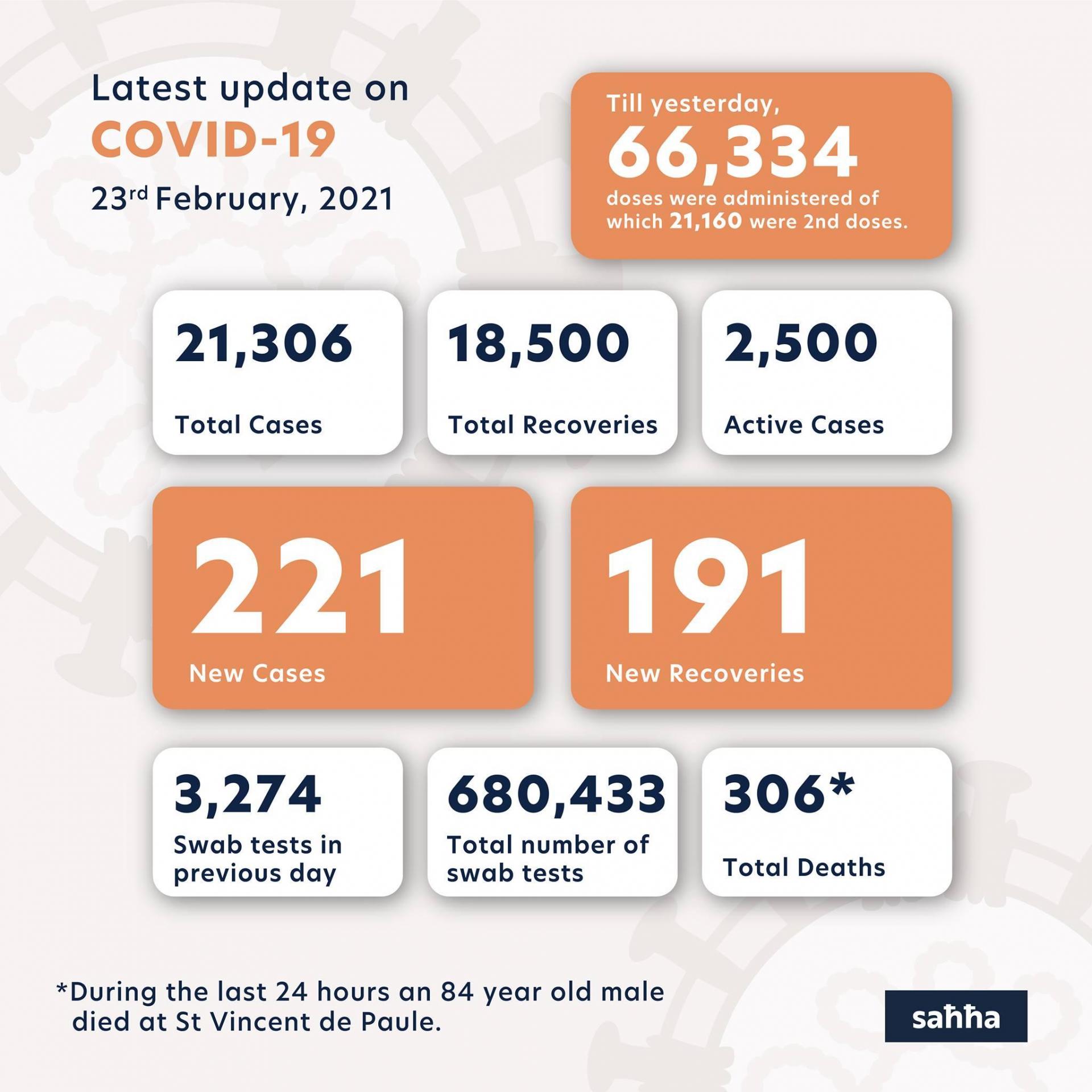 Long queues were reported at Mater Dei Hospital on Tuesday as the vulnerable and others waited to get the jab.

Health Minister Chris Fearne told parliament on Monday that around two out of every three people aged between 80 and 84 have taken the first dose of the COVID-19 vaccine. He said 65% of that age cohort has received one vaccine dose.

Two vaccination processes are currently under way - elderly groups are being given the Pfizer vaccine and essential workers such as teachers are to be vaccinated with the AstraZeneca vaccine.