Maltese actress and #OccupyJustice activist Pia Zammit has filed two libel suits after an article published by It-Torċa linked her to Nazism.

The article stemmed from a photo of Ms Zammit in Nazi costume taken backstage during a performance of the wartime comedy Allo, Allo 10 years ago.

As the photo began to make the rounds on social media, the newspaper published a story, including comments by an anonymous educator, who claimed that such a picture would offend the sentiment of Nazi victims.

The comments were promptly rebutted by Ms Zammit, as well as several fellow actors, who criticised the report as attempted censorship and intimidation. 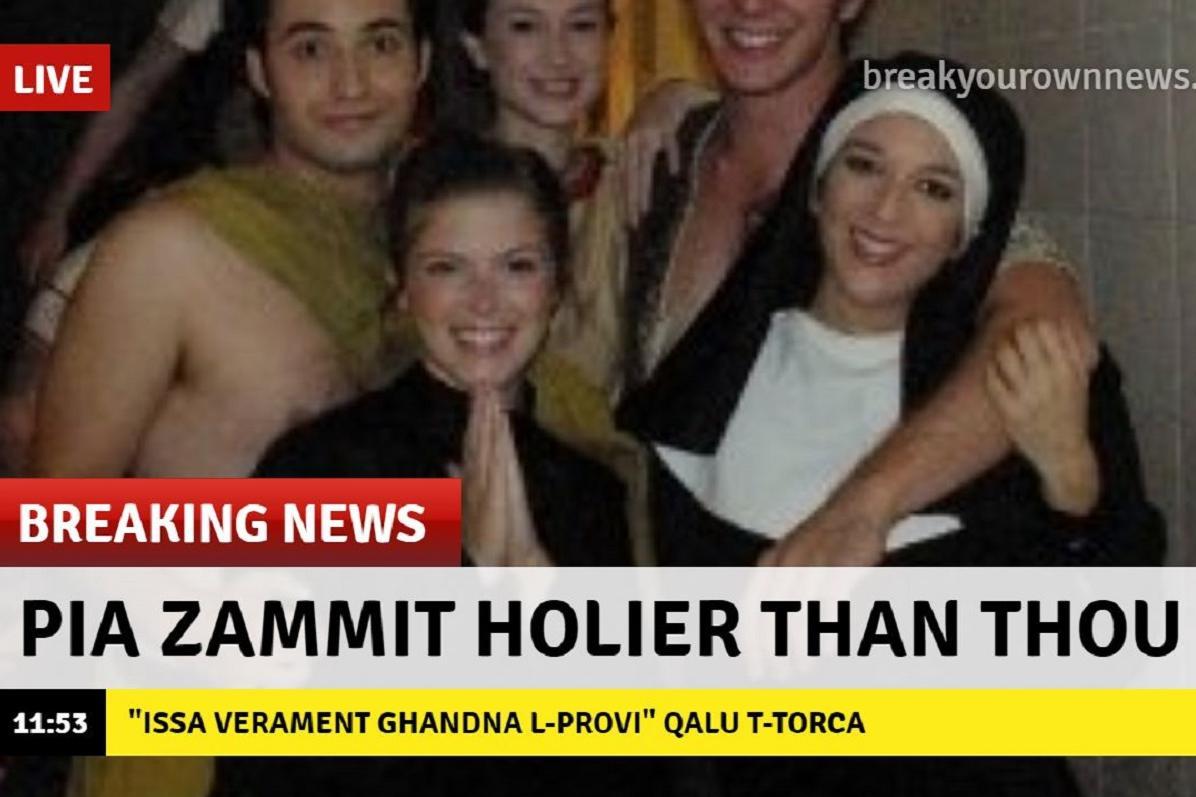 The article prompted a host of satirical posts in solidarity with the actress.

“To maliciously and intentionally call a private individual a Nazi sympathiser based on a photo of her in play, when all evidence is obviously to the contrary, is a step too far,” Ms Zammit said. “Someone has to take a stand against these forms of bullying.”

The stand was taken by means of libel cases, one against the General Workers Union newspaper and the other against Sergio Galea Vincenti who, in a post on his Facebook page, had branded the actress a Nazzista.