It is the first time that new daily cases have reached four figures, and the 1,298 new cases marks a significant increase from the previous one-day record of 955 new cases reported on December 24.

According to data held by the Superintendence of Public Health, the new cases were detected from 8004 swab tests, meaning just over one in every six people tested (16 per cent) proved to be positive.

A total of 82 patients recovered overnight, meaning the number of active virus cases in the country continues to rise and now stands at 7,735. 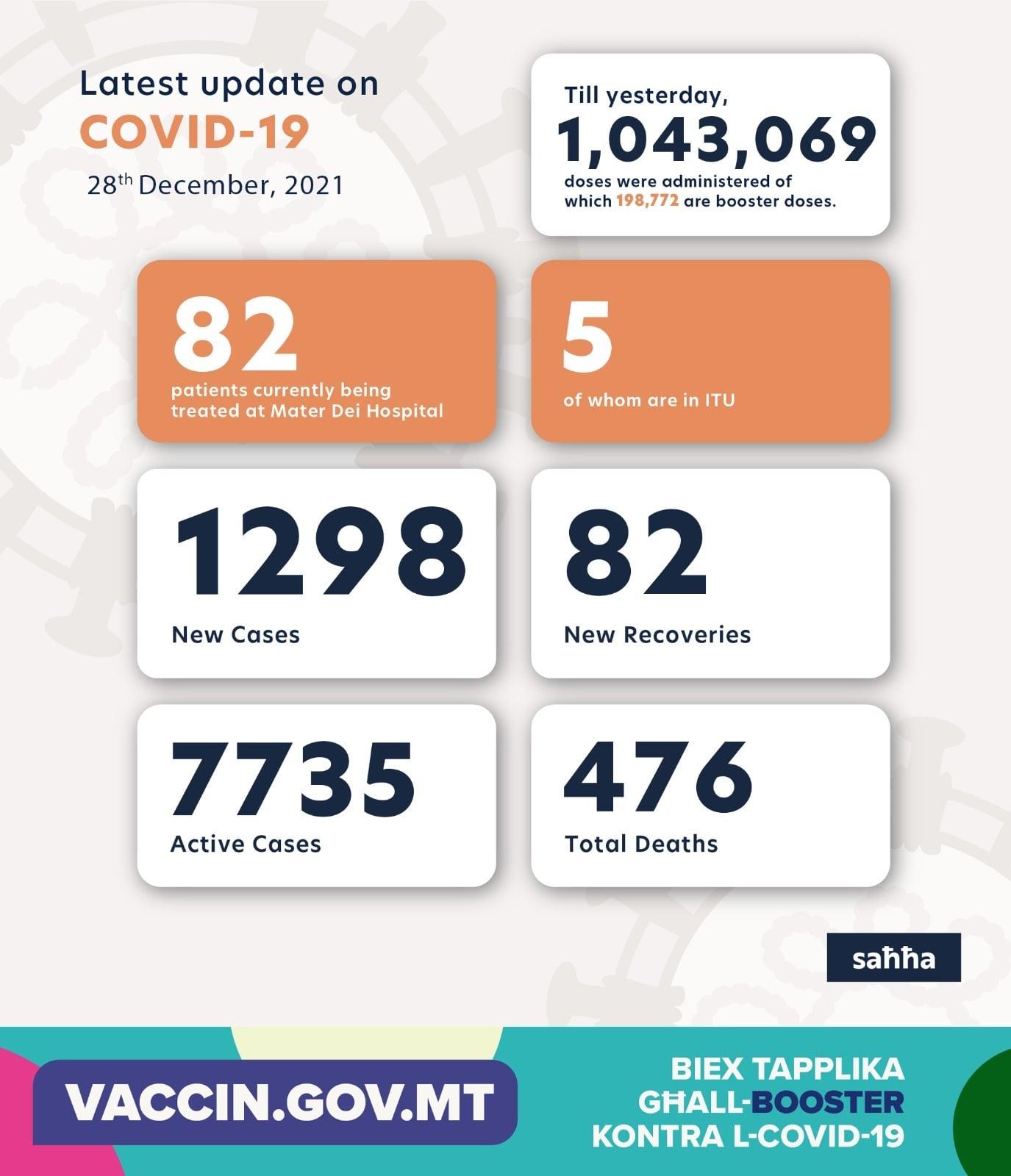 Of those active cases, 82 virus patients are currently receiving hospital treatment while five are being kept at Mater Dei Hospital's intensive treatment unit. On Monday, there were 83 patients in hospital and five in the ITU.

That means roughly one per cent of patients are currently in hospital. That figure has ranged from 1.04 per cent to 1.92 per cent over the past 15 days. Hospitalisation rates tend to lag newly-reported cases by around two weeks.

Malta's vaccination campaign hit a one-day record on Monday, when healthcare workers managed to inoculate more than 9,500 people in a single day.

Data showed that 9,536 vaccines were administered that day. Vaccination is currently open to all residents aged five and over, with registration available at the website https://vaccin.gov.mt/.

Photos sent to Times of Malta earlier on Tuesday showed long queues of children waiting to be vaccinated at Mater Dei Hospital. Children aged five and older are currently eligible for the vaccine.

As of Monday, 198,772 people had received a booster dose of the vaccine while a total of 1,043, 069 vaccine doses had been administered overall.