On Sunday night, the prime minister said he wanted to introduce an amnesty mechanism to certain people who broke the rules.

The Malta Union of Midwives and Nurses said the plan was an "insult" to healthcare workers while the Malta Association of Physiotherapists labelled the plan "a sign of disrespect".

Their comments join a chorus of criticism by unions representing police and environmental health officers who helped enforce the regulation.

Groups of more than six people are still banned from gathering together as one of the measures to prevent the spread of COVID-19 and face fines of €100 per breach.

Physiotherapists, nurses and midwives also joined doctors in criticising a decision to lift other restrictions like opening bars. 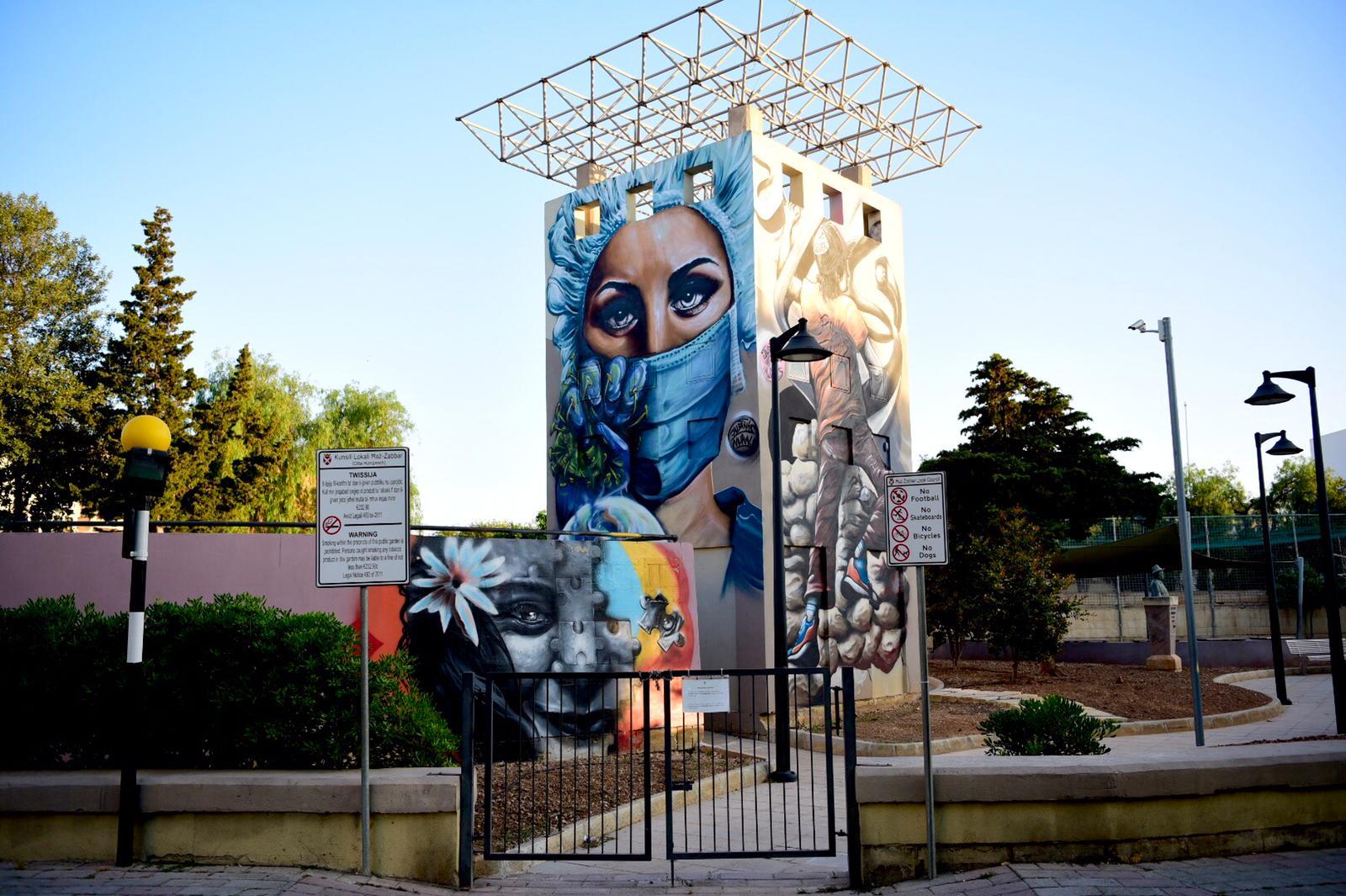 A mural in Żabbar playground in tribute to frontliners, many of whom have been diagnosed with coronavirus. Photo: Mark Zammit Cordina

Physiotherapists expressed their “greatest disappointment” over the further lifting of COVID-19 restrictive measures that are “clearly not following an evidence-based approach to practise within Public Health.”

"With regards to the amnesty given to the people who put Malta and its citizens at risk we strongly feel that this is a sign of disrespect to Maltese citizens, all the healthcare professionals and our physiotherapy colleagues, some of who have worked relentlessly to contain COVID-19 outbreak,” the association said.

The association added that physiotherapists – who have been operating in the private and voluntary sector over the past months - were still not being supplied with free masks, unlike doctors.

In a separate statement the MUMN said the union “has no trust that the Prime Minister is following the recommendations of Public Health.”

It also called on the prime minister to retract the amnesty which was “an insult to all healthcare workers and at the same time a betrayal for all those who respected the recommendations of public health.”

Regarding the “reckless” opening of airports, the MUMN said government should allow quarantine measures and contact tracing to anyone using the airport.