Around 300 trees along a one-kilometre stretch between Addolorata Cemetery Hill and Santa Luċija are facing the chop to make way for a €20 million underpass project. 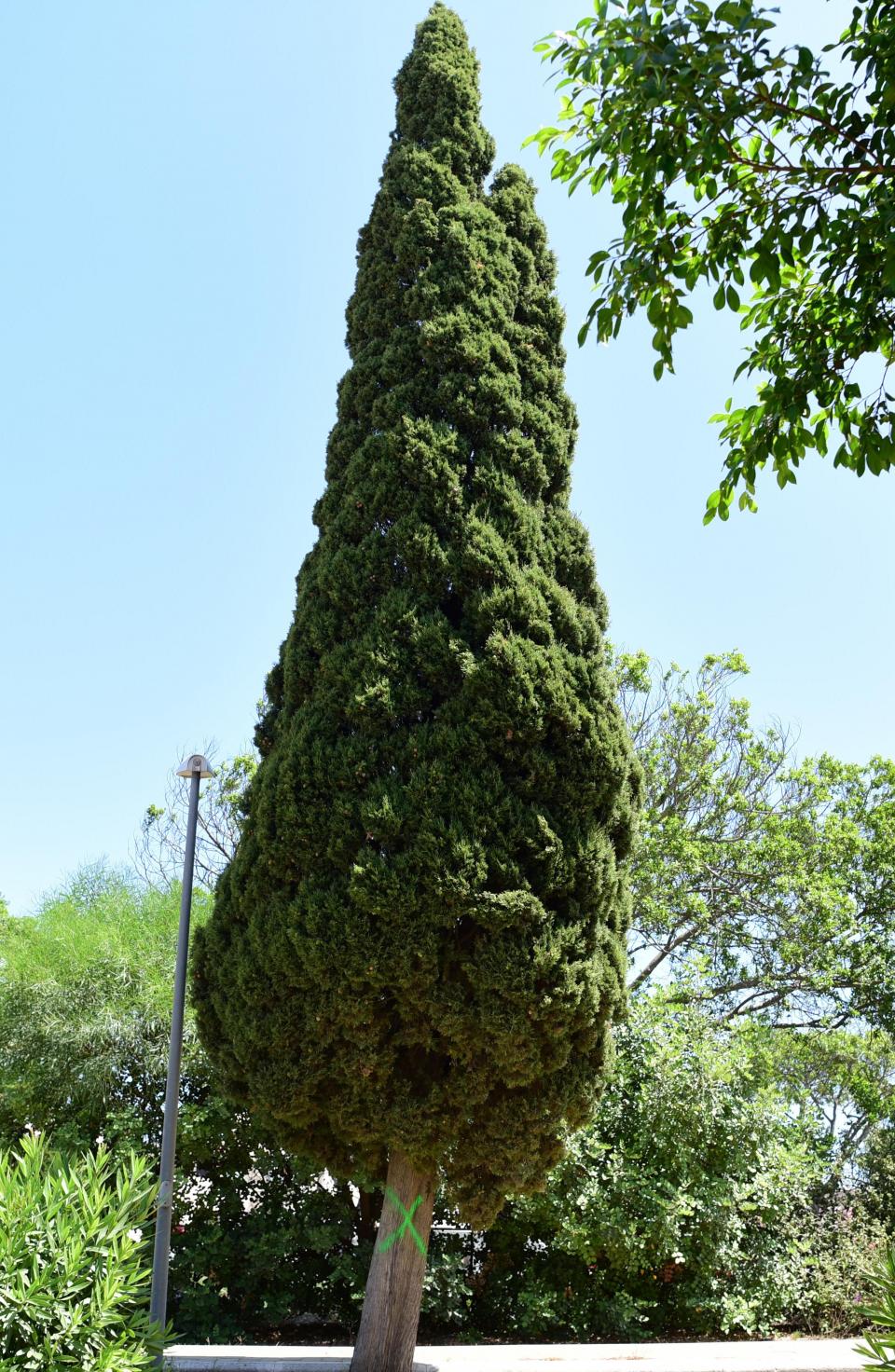 Trees are marked for the chop. Photo: Mark Zammit Cordina

A first batch of trees due to be axed were marked in recent days with a green cross sprayed on the trunk. Furthermore, works have already started to uproot a further 250 trees in the same area, albeit in an attempt to transplant them elsewhere.

The project will ensure traffic coming from a multi-level intersection under construction in Marsa will be directly and continuously linked to Tal-Barrani Road through two tunnels, thus easing congestion at the Santa Luċija roundabout.

Malta's Environmental watchdog, the Environment & Resources Authority, also defended the project in a statement. It said plans to transplant and grow new trees would "compensate" for the 293 trees due to be axed.

But Times of Malta received complaints that dozens of olive trees in the Santa Luċija jogging track have been aggressively pruned with a chainsaw, fuelling concerns they are facing the chop.

Photos of the decimated trees are also being shared on Facebook, fuelling outrage from the public, especially in the wake of the ongoing controversy over the Central Link project, which will result in the destruction of more than 500 trees between Ta’ Qali and Mrieħel.

Sources close to Infrastructure Malta who spoke on condition of anonymity said that in the case of Santa Luċija, the pruning of olive trees over which the controversy erupted was just the start.

“While these olive trees stand a chance of being spared since there is an attempt to transplant them, other trees in the area which have been marked with a green cross will be chopped soon,” the source said. 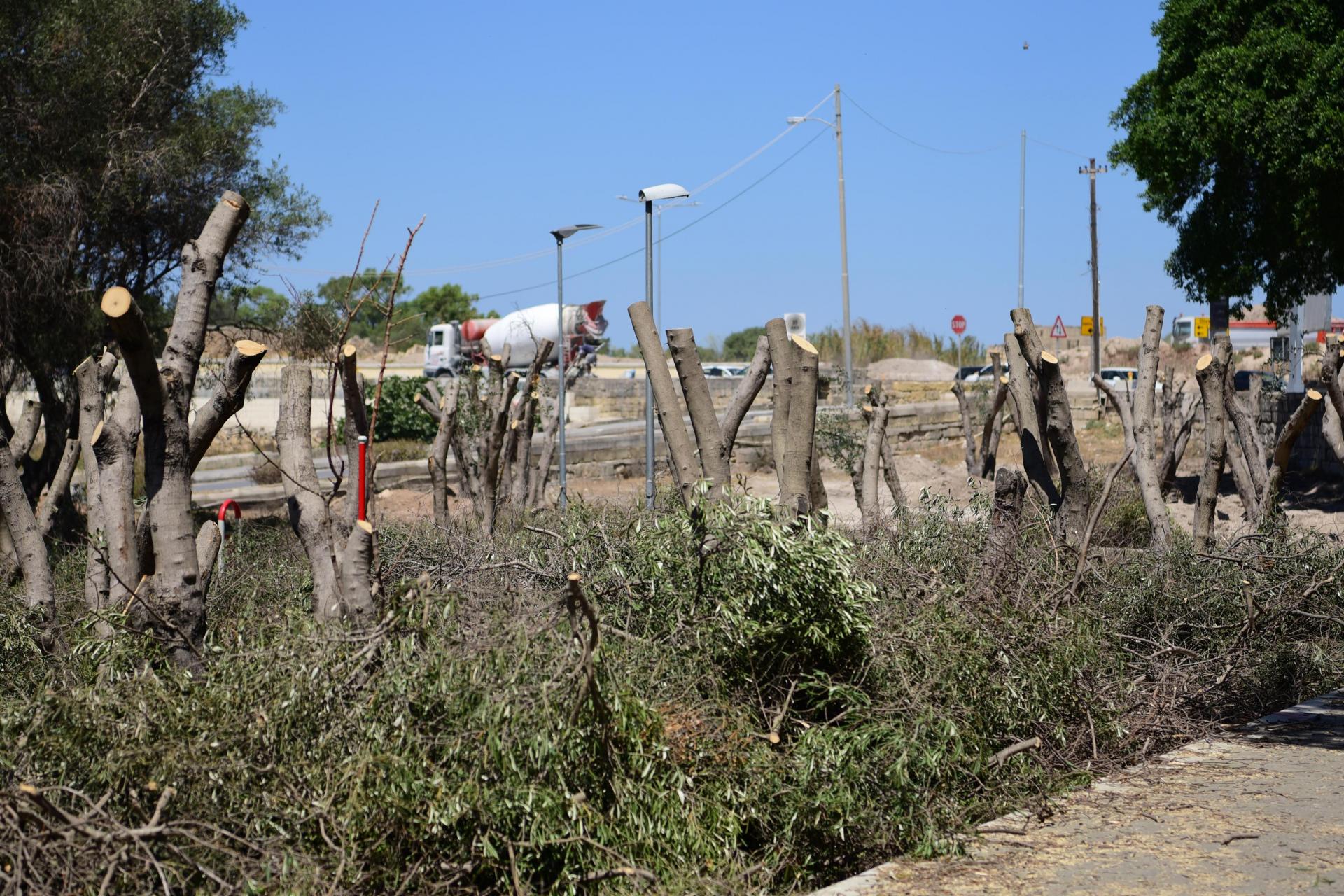 Several trees have been aggressively pruned ahead of being transplanted. Photo: Mark Zammit Cordina

An onsite inspection carried out on Tuesday morning by Times of Malta confirmed that several mature trees, including cypress ones bore this mark, while works to start transplanting the nearby olive trees were at an advanced stage.

What do tunnel plans permit?

A development permit for these tunnels was issued last September.

According to the plans, a total of 547 mature trees will be uprooted, of which 262 will be transplanted. The species facing the chop include 210 Mediterranean cypress trees, some of which are located within a tree protected area in the Addolorata Cemetery. Furthermore, 7,000 square metres of agricultural land will be lost.

While Infrastructure Malta is pledging to transplant 262 trees, an expert in the field pointed out that such operation would only succeed under the right conditions and with thorough planning. Moreover, experience shows that the replanting success rate for certain species such as cypress trees is very low. 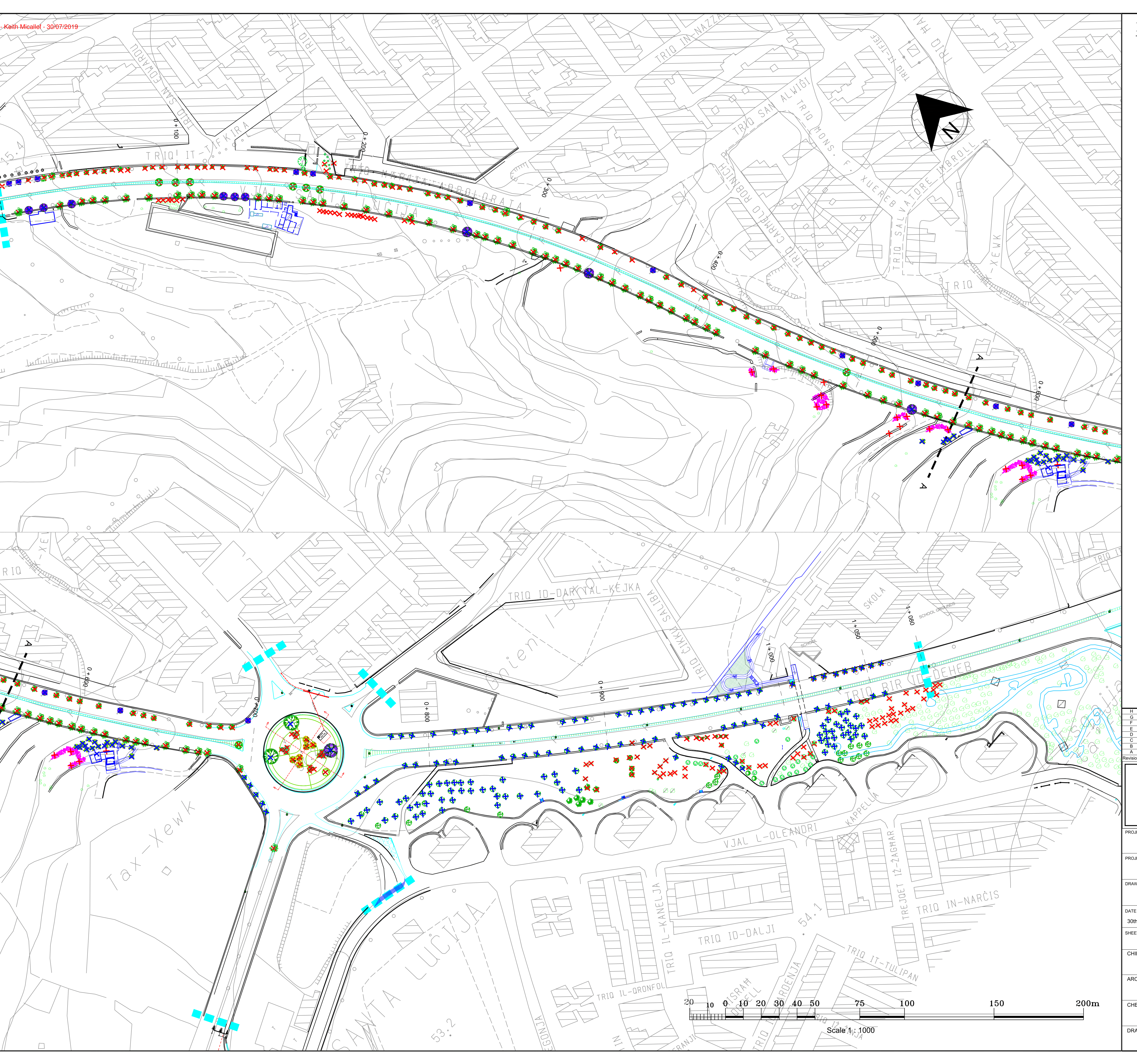 “It is pointless carrying out such an operation without first identifying an appropriate alternative site having the right conditions such as depth of soil, and a good irrigation system in place,” said the source.

“Unfortunately, in the past there have been too many instances whereby hefty sums of money were spent to transplant trees, which nonetheless died due to complete neglect,” he said.

In a statement on Wednesday announcing the start of works, the agency said that it would be planting 757 indigenous trees to make up for the tree removals, resulting in a net gain of 300 trees within the project area and in other localities in the region, including Marsascala.

The agency said it would also be planting a further 1,257 trees in Majjistral Park and Magħtab Park.

An Infrastructure Malta promotional video for the project.

In a statement, the Environment & Resources Authority said the works involving the trees were taking place under its "scrutiny".

It said 1,011 trees will be planted (757) or transplanted (254) within the same area, which includes Paola, Santa Luċija, Għaxaq, Tarxien, Marsa, Zejtun, Marsascala, Luqa and Zabbar.

"When the project is completed, there will be approximately 300 new trees in the same area than there is at present.

"This will compensate for 293 trees that will be uprooted as part of the plan for a road project that will divert traffic between Tal-Barrani Road and Vjal Santa Luċija through underground tunnels."

What are the rules around transplanting trees?

ERA said the transplanted trees have to be maintained by the permit holder for the first three years after planting.

If they die within that time the permit holder must replace the trees within the first planting season with trees of the same species.

The same rules apply for trees planted in compensation for those cut down, it said.