Forty-two new COVID-19 cases were reported by the health authorities on Thursday, the same number as Wednesday.

The announcement came just over two hours after the health ministry announced the death of two elderly people, raising the death toll of those having been diagnosed with the virus to 27.

A total of 2,303 swab tests were made in the past 24 hours and the positive cases are still being investigated.

A total of 18 patients have recovered, leaving 680 active cases. 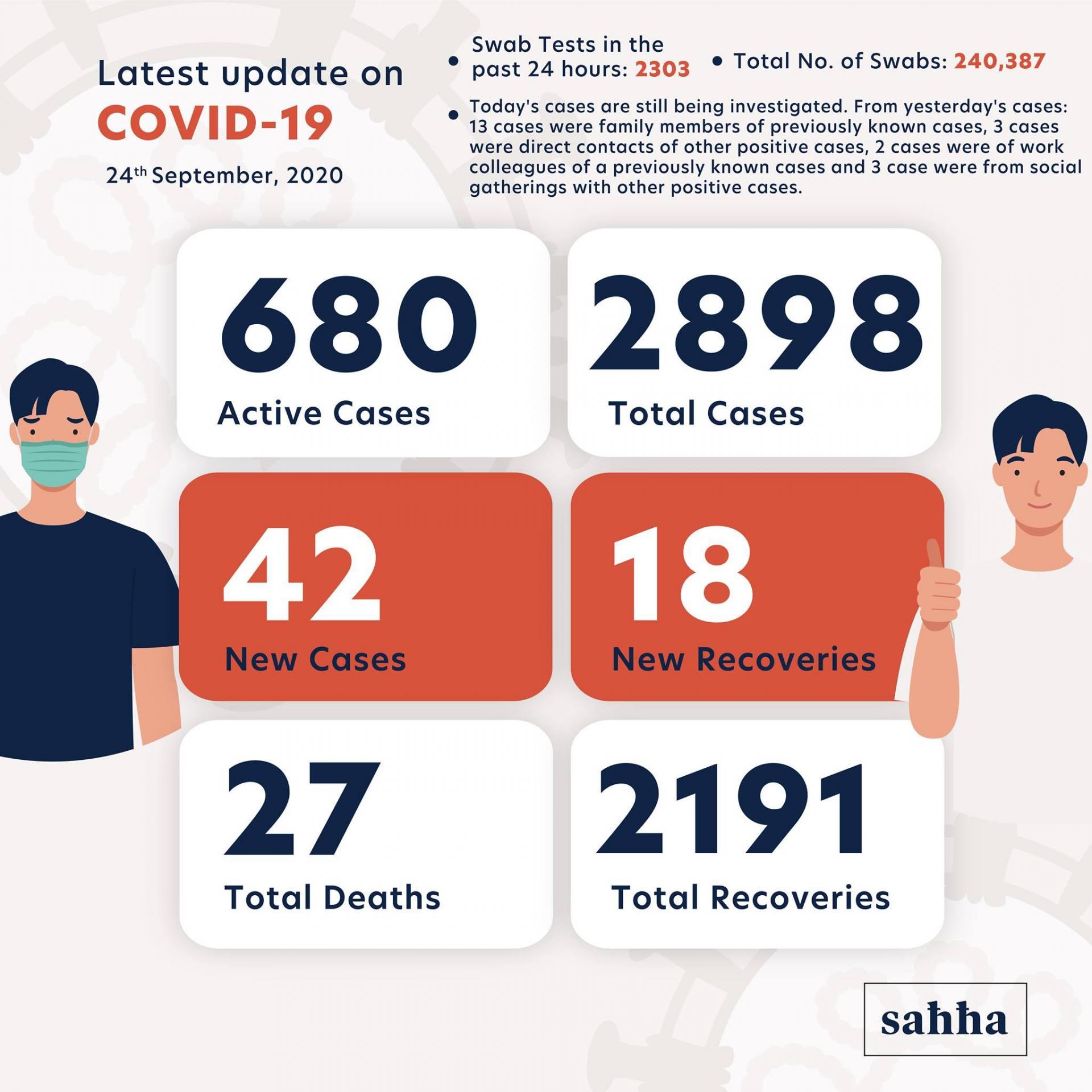