Serbian children whose parents live and work in Malta, including 22 facing eviction, attended Christmas Day's 11am Mass at St John’s CoCathedral in Valletta.

Mass was celebrated by Archbishop Charles Scicluna who greeted them and gave them all a Baby Jesus at the end of Mass.

Last week, 17 non-EU families received letters from Identity Malta informing them that applications for residence permits for their children had been refused on the basis that they did not satisfy the financial requirements of a policy which required them to earn €19,000 and an additional €3,800 for each dependent.

Despite the public uproar that followed, the authorities defended their policy claiming they were taking a more lenient approach to means testing and adding that anyone failing that was at risk of living beneath the poverty line.

In his homily, Archbishop Scicluna quoted the scriptures where they say that “whatever you do to the least of my brothers and sisters, you have done that to me.”

The Lord, he said, was one with people who were in need.

The fate of the minors remains unclear. 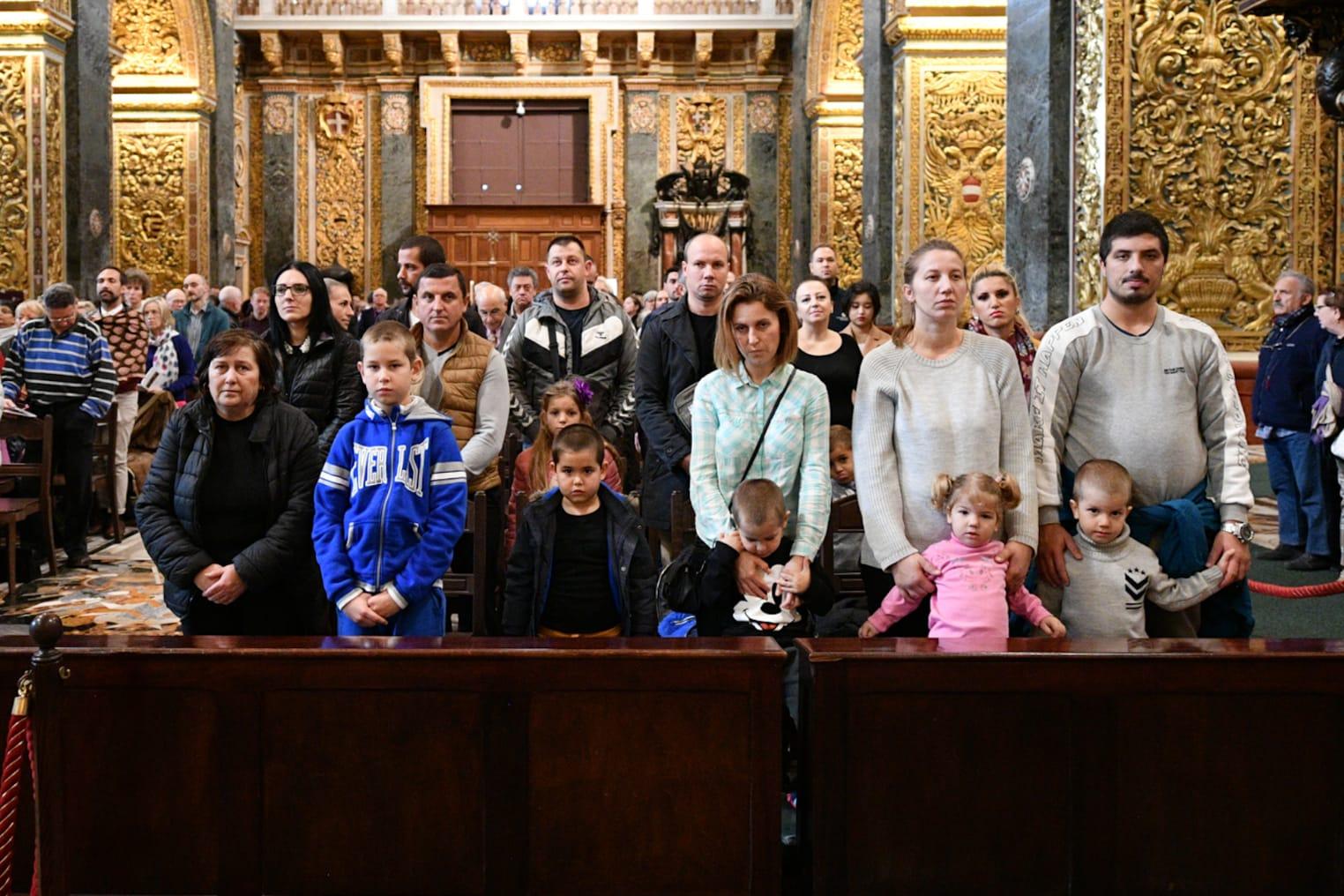