Two architects who were held criminally liable over the Ħamrun house collapse that killed Miriam Pace last year, have been found guilty of involuntary homicide and ordered to perform a total of 880 hours of community work and to pay €18,000 in fines.

Roderick Camilleri, 37 and Anthony Mangion, 73, were also convicted of involuntary damage to third party property, but the magistrates' court spared them jail in view of their clean criminal record.

The pair had originally faced charges alongside excavation contractor 37-year old Ludwig Dimech and 42-year old worker Nicholas Spiteri, who have opted to have their case heard by the criminal court.

Magistrate Joseph Mifsud delivered the 98-page judgement on the architects on Thursday, in the presence of Carmel Pace, the victim’s widower. 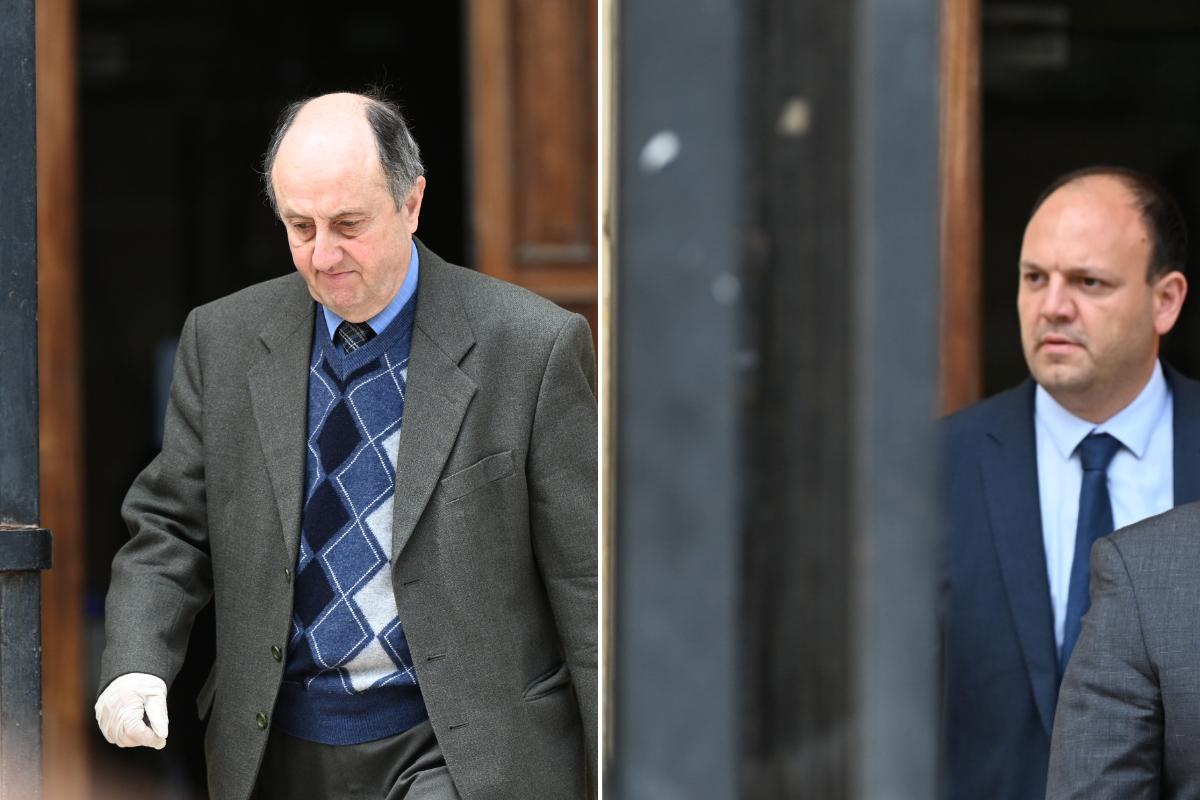 While stressing several times that a life untimely snatched could never be brought back, Magistrate Mifsud also noted that the victim’s family had reached an amicable settlement with the accused in respect of compensation for civil damages.

“No thirty pieces of silver could however ever bring Miriam Pace back,” the court remarked, pointing out that such settlement for civil damages did not in any way impinge upon the issue of criminal responsibility except when meting out punishment.

The judgment also dwelt upon the issue of contributory negligence by the State which, according to Magistrate Mifsud, “absolutely did not feature in the case at hand.”

“As for the issue whether the State failed or otherwise to protect the physical safety of its citizens, this court would not go into this matter and nor was it competent to do so,” declared the magistrate.

The court also rejected the defence’s argument about the weakness of the party wall which had allegedly contributed to the fatal collapse, noting that this claim was not supported by technical evidence put forward.

And if that were so, why was such a concern never flagged in the condition reports concerning properties adjacent to the building site, questioned the court.

It was certainly in the developers’ interest to do so before starting works, observed Magistrate Mifsud.

Focusing upon the charges against Camilleri, the Court said there was evidence that the architect had been involved in the building project from the very start, since he was part of the company handling the construction.

Moreover, he signed relative planning applications, while Mangion was the site technical officer and therefore both architects could not be deemed extraneous to the incident.

Their shortcomings also contributed to Miriam Pace’s death in the incident which had also forced neighbours out of their homes.

The use of the excavator near the party wall on that fateful afternoon was simply the “last straw that broke the camel’s back,” remarked Magistrate Mifsud.

The judgment came at a time when people were living in constant fear and anxiety at the sight of some construction equipment on their street. Society expected professionals to perform their functions in line with their oath of office.

“Regulations must be observed by all and no one in authority ought to fear cowboys, even if drastic measures are called for to protect life.”

After analysing the social inquiry report in respect of Camilleri, Magistrate Joseph Mifsud observed that an effective jail term could negatively impact the accused’s family. In light of all considerations, he condemned Camilleri to 480 hours of community work “to give back something to society” and a fine of €10,000.

Mangion, as site technical officer, was ordered to perform 400 hours of community work and to pay a fine of €8,000.

Both together have to pay one-half of court expert expenses totaling €39,592. Experts played a vital role in this case and the judgment said that the court found no reason to depart from their conclusions.

The court did not disqualify the architects from holding a warrant to exercise their profession even in view of their clean criminal record and the fact that the victims had been compensated for civil damages.

Camilleri was also a breadwinner and such a decision could negatively impact his relatives who were extraneous to the case, the court said. 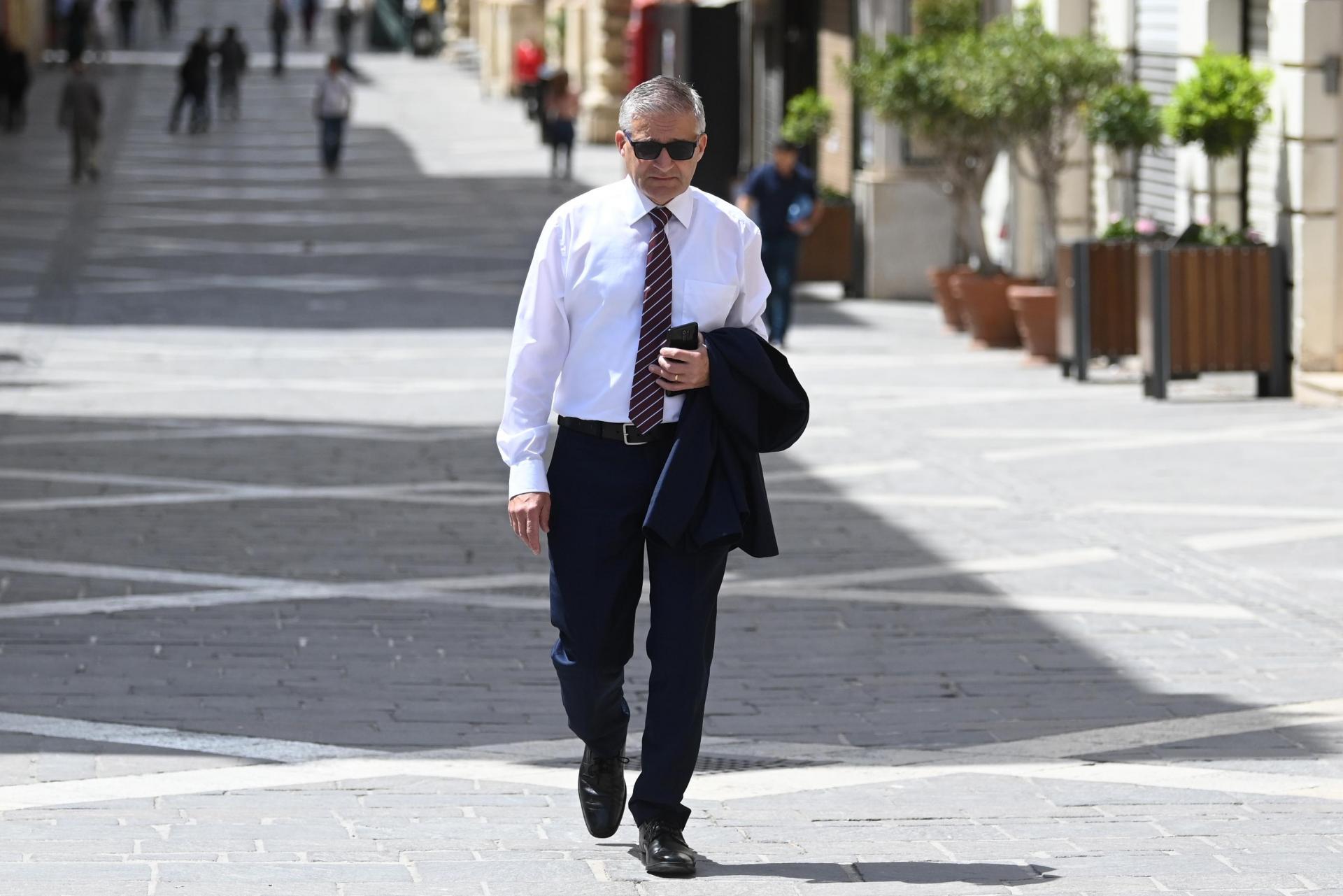 Carmel Pace, whose wife died in the house collapse, was present in court for the verdict and sentencing. Photo: Mark Zammit Cordina

The court said that in this case, besides the accused and the victim’s family there was a third player, society, said the Court, citing a message by the archbishop who had said that society was calling out for justice not vendetta for Miriam Pace.

That same sentiment was expressed throughout the court proceedings by the victim’s own family who called for “Justice not injustice.”

Miriam Pace, the 54-year old mother-of-two, was buried under the rubble of her home with her lifeless body being found hours later in an extensive search that continued throughout the night.

The tragedy had sparked a national outpouring of grief and anger, amid calls for a reform of the construction industry.

Since then, Miriam’s husband, Carmelo, has regularly posted tributes to his deceased wife on social media and questioned what the authorities have done to remedy the situation, fearing that the tragedy might be “swept under the carpet.”

When testifying in court last October, Pace said although the family could assess its material losses brought about by the collapse, no monetary value could be put “on memories”.

The magistrate also delivered two decrees linked to the judgement rejecting requests to release the building site, the machinery and the site where the Pace's house once stood, even though the victims did not object to the release.