The tourism season officially reopened on Tuesday, but arrivals were sparse.

Scheduled flights had only a fraction of the passengers they normally carry as confidence to travel takes time to build up after COVID-19.

Some 1,500 passengers were expected to arrive at Malta International Airport today, according to a spokesperson - an 86% drop on an average pre-COVID day in June 2019.

But it's a large increase on numbers in the previous months: there were 481 arrivals in March and 689 in April. No statistics were available for May.

For most of the tourists who spoke to Times of Malta at the airport, this was the first trip since the pandemic broke out, and it was an already established love for the island that had brought them here.

Tourists arriving in Malta this morning explain why they chose it over other destinations for a holiday. Credit: Matthew Mirabelli

For Rocco Chicane from Turin, a holiday to Malta was special because it comes in the wake of a very difficult period in Italy.

“I’m very happy to be here because this was a difficult period for everyone at home and it is a moment I can enjoy after several months,” he said, describing Malta as a "pleasure" to visit.

June Leachman, and Lee Herbert from Manchester also said they visited Malta regularly, and did so because they loved the island and the people.

For 19-year-old Andre Improta from Aosta this holiday was his first ever holiday abroad, and he said he and his friends had chosen Malta as a destination because it was easy and economical.

“I came to Malta because it is near Italy, it is easy to come here and not too expensive which is good because we are young,” he said.

Porte Dominic from Toulouse, had visited Malta briefly while on a cruise some years ago, and it had piqued his curiosity.

“I want to discover it more,” he said. 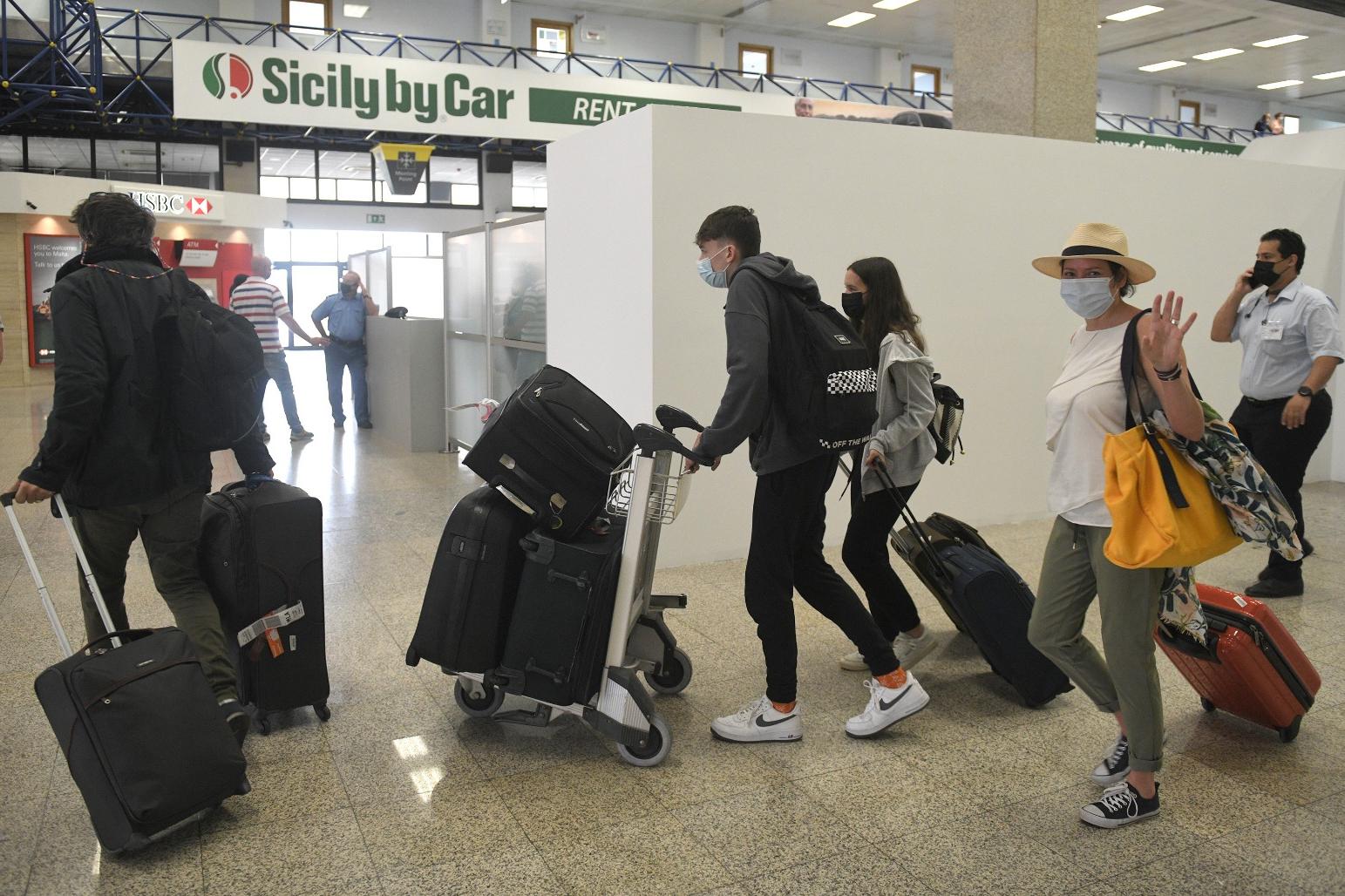 A new law that requires travellers to Malta to present a negative PCR test result or a vaccine certificate before departing also came into effect on Tuesday.

Lee Herbert described the procedure as “thorough,” saying that documentation was checked in both countries.

“It seems that the processes in place are actually being followed,” he said.

However one tourist from Italy said he was asked to show documentation once he arrived to Malta rather than before boarding.

The authorities had set June 1 as the date for re-opening because it marks the beginning of a stronger marketing push for tourism, as part of a €20 million aid package to kickstart the ailing industry.

Tourism Minister Clayton Bartolo said he expected a "gradual" flow of tourists, and encouraged everyone to "stay responsible".