The National Audit Office (NAO) has raised doubts on the regularity of the request for proposals issued by the government for the transfer of land on which the Institute of Tourism Studies was located in St George's Bay.

The land had been controversially handed to the DB Group, which plans to build a huge mixed-used complex including a hotel, leisure, retail and residential facilities.

In a report, the NAO said that it had been unable to establish where in government the decision to dispose of the site had come from, with no information provided and the Office of the Prime Minister and the Tourism Ministry each assigning responsibility to the other.

"The NAO considered the decision to dispose of the site as inappropriately prioritised over the relocation of the ITS, when the inverse should have happened. The false sense of urgency that drove government to dispose of the site, despite that no alternative premises had yet been secured for the ITS and the lack of a development masterplan for the area, was of concern," it said.

Projects Malta Ltd, representing the government, issued a request for proposals (RfP) for the design, build and operation of a mixed tourism and leisure development in St Julian in November 2015. 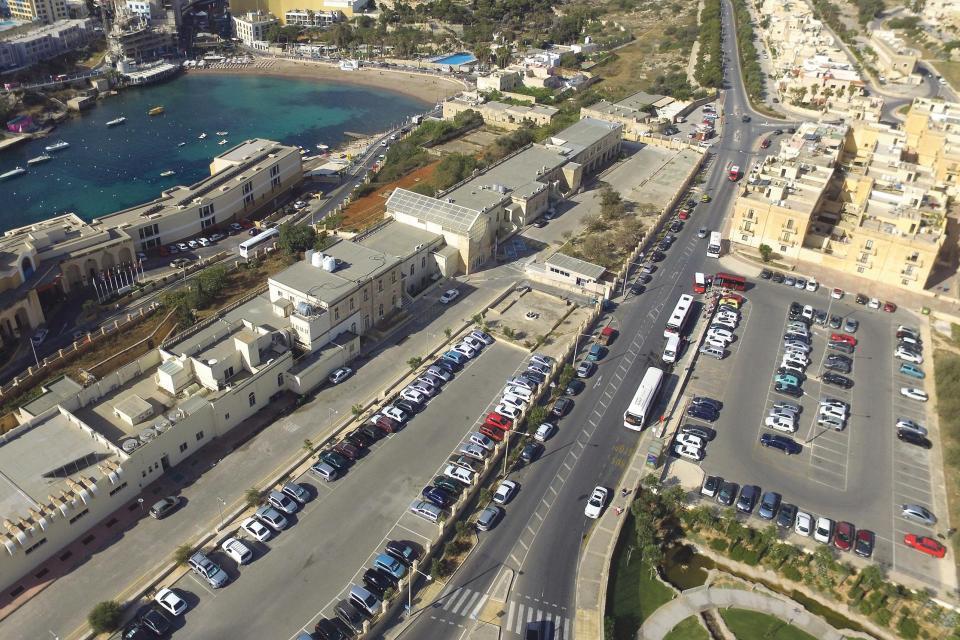 The former ITS site.

In February 2016, the DB Seabank consortium, the sole bidder, was named as the preferred bidder. Negotiations ended in January 2017, with cabinet endorsing the €56 million value for the site established by auditors Deloitte.

On February 1, 2017, the Commissioner of Land and the DB Seabank Group entered into a deed for 99 years.

Although the Planning Authority approved the development application in September 2018, the Court of Appeal deemed the permit null in June 2019. In July 2019, the group submitted a fresh application for excavation works while the original application was still active.

The National Audit Office (NAO) was requested to review the government's disposal of the site by the Public Accounts Committee in March 2017. The audit commenced in January 2019.

"Although the residential component of the project was key in securing its viability, this element was given limited exposure. Another element verified was whether the provisions of the Public Procurement Regulations were adhered to in the transfer. Projects Malta Ltd intentionally classified the transfer as a concession but failed to obtain the authorisation of the Department of Contracts prior to the publication of the RfP. This omission casts doubt on the regularity of the Request for Proposals," the Audit office said.

It said it had 'major concerns' with respect to the Negotiation Committee, with certain members failing to provide any input.

"No records of negotiations were made available, which constrained the NAO from establishing a comprehensive understanding of the negotiation process and grossly detracted from the expected level of governance."

The audit office also observed that the Government Property Department was absent from the process that led to the disposal of the site, even though it was the government entity mandated to dispose of public land. Projects Malta Ltd assumed control over the process in its stead.

Read the full report on the pdf link below.