Balluta Bay would be rendered useless if it is transformed into a berthing place for a private ferry, activists and two local councils have warned.

Addressing a joint press conference in Balluta on Saturday, 10 NGOs together with the St Julian’s and Sliema councils insisted the application should be dismissed.

Speaking on behalf of the NGOs, Moviment Graffitti's Andre Callus described the application currently in front of the Planning Authority as "misleading" and the issue at hand was "much bigger".

"What does it mean to have a ferry coming and going here? It means that over time, people will no longer be able to enjoy swimming here.

He also pointed to a number of environmental issues as a result of the project, saying this would have a "devastating effect" on the seabed.

Such a ferry, he said, would change Balluta Bay forever and it would become just as polluted as the area near Sliema Ferries.

"The people who will operate this are the same as those running the ferry service on the Sliema front. Go there and see for yourselves what has happened.

"If the application is approved, the area will turn into the Sliema ferries," he warned.

While insisting the NGOs are in favour of efforts to introduce alternative modes of transport, Mr Callus said this was not the case with the service being proposed and its only purpose was commercialisation of the area.

A number of objections have been filed, he said. 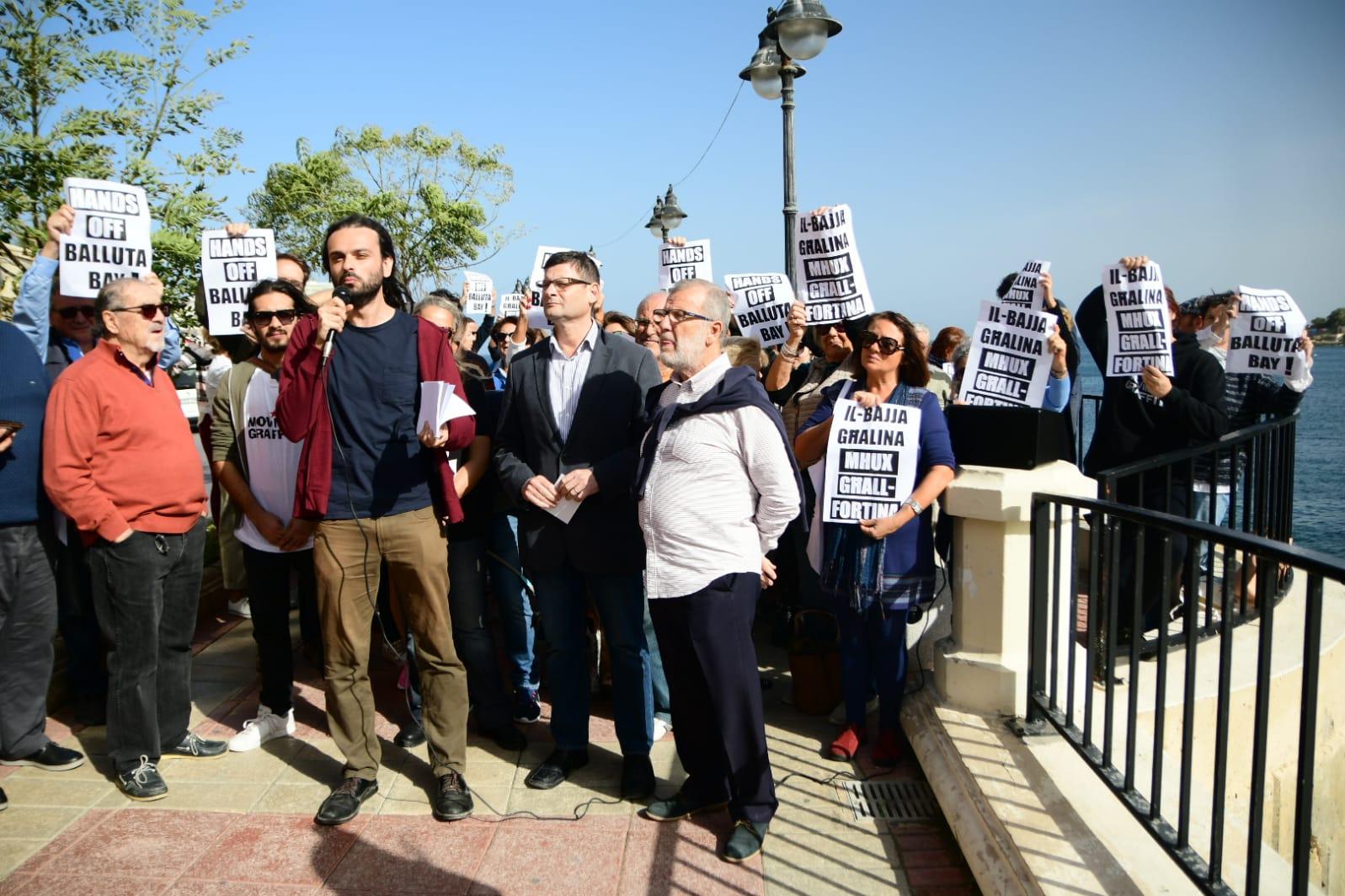 Both the St Julian's and Sliema councils are backing the NGOs, with the mayors of both localities attending the press conference on Saturday.

St Julian's mayor Albert Buttigieg told the crowd gathered at the event that the locality is being taken over and certain decisions by the authorities make it seem like the residents are being told to leave.

"We believe that if this application is approved, there will be big problems for the locality. First they took over our streets, now they want to take over our beaches," Mr Buttigieg said.

Before any decision on the matter is finalised, he said, there needs to be a "serious study" of the overall impact such a project would have on the area.

"Not just because someone wants to make some money and has the power and contacts to do so, they can just get away with it," he said to loud cheers from the crowd.

Sliema mayor Anthony Chircop said the nearby locality faced similar struggles and that is why it was supporting the cause.

"This is an intolerable situation. I encourage you to fight this because otherwise we will end up with the same situation as in Sliema," he said.

"We should have been in talks about these things for ages but it seems like we are getting nowhere."