A controversial application to build a three-storey industrial garage complex next to the historic Turkish cemetery in Marsa has been withdrawn after a public backlash.

Maltese and Turkish campaigners, including the Turkish embassy, opposed the development, concerned that it would dwarf the Ottoman-Muslim cemetery built in 1873-74.

The Orientalist-styled building was once dubbed the 'Ottoman Taj Mahal' by writer and artist T. M. P. Duggan.

Heritage lovers, NGOs, and architectural historian Conrad Thake, who had described the proposal as “barbaric”, were among the many objectors.

Submitted last June by Mark Cassar, the development application covered an area of 5,744 square metres adjacent to the cemetery, on a partially developed site which has been abandoned for years.

Under the proposal, the existing structures would have been demolished to make way for a three-storey complex comprising 29 industrial garages, earmarked to be used for light industry, storage and aquaculture.

Despite the barrage of objections, the developer had forged ahead and was waiting for the case officer’s recommendation to the Planning Authority board on whether to approve or not this application.

However, the project has now been shelved after the applicant notified the planning watchdog that the application had been withdrawn.

No reasons for withdrawing the application have been given. 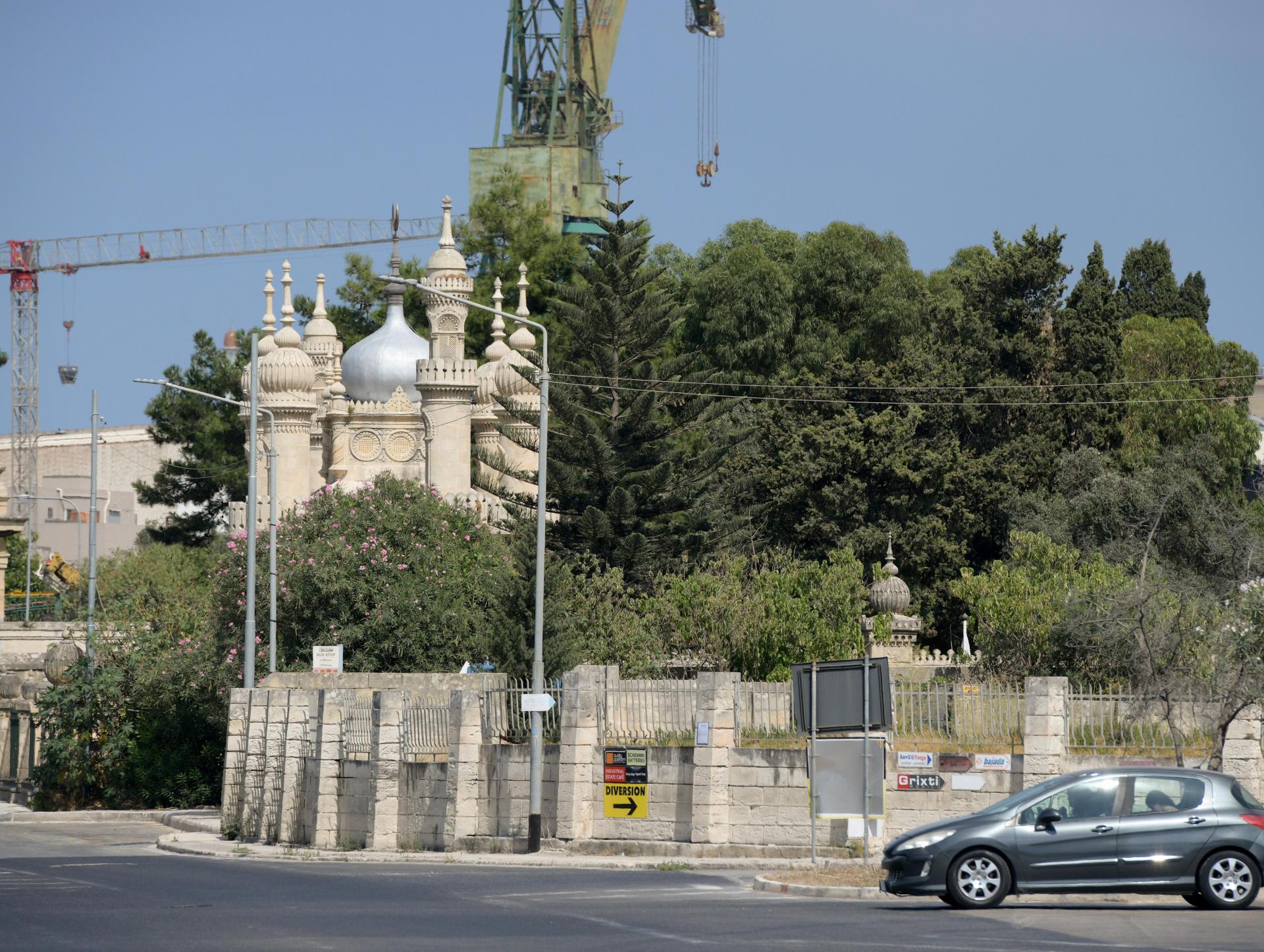 The site which had been earmarked for the three-storey industrial garage complex adjacent to the Ottoman-Muslim Cemetery in Marsa. Photo: Matthew Mirabelli

Considered as one of the architectural masterpieces of Maltese architect Emmanuele Luigi Galizia (1830-1907), the burial place was commissioned by the Ottoman Sultan Abdülaziz I.

The cemetery was constructed in 1873-74 and is a Grade 1 scheduled building, which is supposed to be the highest level of protection by the planning authority.

Prof. Thake, who for the last decade has carried out extensive research on the building, had described the proposal as nothing short of barbaric, just falling short of what the Taliban did to the Baymar Buddhas of Bamiyan, and the willful destruction of the monuments in the historic city of Palmyra by ISIS.

Contemporary writer and artist T. M. P. Duggan had described the cemetery as “the Ottoman Taj Mahal”.  In his words, it is “the least known and certainly today the most important surviving 19th century Ottoman building to have been built beyond the borders of the Ottoman Sultanate, in the new Ottoman Islamic style." He described the building as an "architectural statement of great beauty".

Most of the Muslims buried there were members of army units and navy personnel or prisoners of war who died while detained in Malta.  They came from various countries including Algeria, Egypt, Libya, Morocco, Somalia, Turkey, Burma, India, Indonesia, and French Polynesia.

The cemetery continued to be used for Muslim burials until 2007, when The Malta Islamic Cemetery was constructed.

Prior to this application, the site adjacent to this cemetery had already been identified for development, when in 2016 an application was filed for the construction of a fuel station.

While it is not known if the matter had been raised at diplomatic level by the Turkish embassy which had objected to it, the applicant, Cassar Fuel Service Stations, had not forged ahead with the application. However, it was never withdrawn, and is still listed as “incomplete” on the Planning Authority’s website.