Family lawyer Bernard Grech was thrust into the limelight by the Nationalist Party in 2018 as one of the new faces attracted by Adrian Delia’s otherwise flagging leadership.

He has now raised his profile even further by announcing that he intends to run for the party leadership, and can rely on the backing of several of the party's current MPs.

But who is the outsider who is now gunning to take over Malta's party in Opposition?

Grech was first tasked by the PN with helping to lead the charge on TV discussion programmes about Yorgen Fenech’s ownership of 17 Black and the company’s links to top government officials, following revelations by Times of Malta and Reuters.

He has since been a regular face on screen, representing the PN on some of the national broadcaster's most popular programmes, including multiple appearances on Xarabank.

The lawyer was entrusted by Delia in June with forming part of a PN working group on the environment.

He has never faced an election.

Grech reportedly turned down overtures by the party leadership to run in last year’s European Parliament elections, but has quietly built up support among the grassroots through his regular appearances on national television and tours of the various PN clubs. 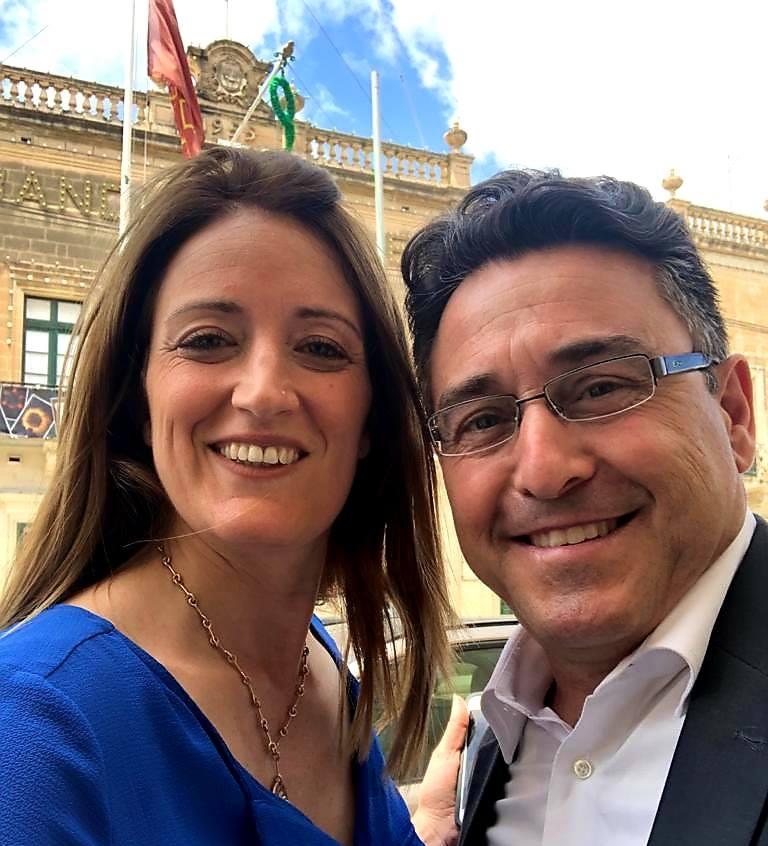 Roberta Metsola decided not to run against Bernard Grech in the leadership contest. Photo: Facebook

He has also reached out to groups alienated by Delia’s leadership, giving a speech in June at the monthly vigil for assassinated journalist Daphne Caruana Galizia.

“This is a country that has been hijacked by a criminal gang that took over the Labour Party with the aim of becoming millionaires. Five years ago, there was a woman who saw all this coming, before many of us had even the slightest inkling”, he said during the speech.

Prior to his reappearance on the scene under Delia’s leadership, Grech was best known for his role in the failed 2011 anti-divorce campaign. He said at the time:"I want children to keep hoping their parents will get back together. Vote No... Do not close this door on them."

He had also addressed a PN mass meeting in the lead up to the 2017 election.

Born in Paola in 1971, the father of two professes to have a special interest in politics as a tool to enhance the dignity, life, and values of the human being.
During a radio interview in July, Grech said he would be willing to serve as the “PN’s janitor” if it served the party’s interests.

His janitorial role has now evolved into being the key challenger to sweep Delia out of office, after MEP Roberta Metsola and PN MP Therese Comodini Cachia both agreed to step aside to back his bid.

Grech also weighed in on the split within the party during the same interview, saying the different groups within the PN are reflecting what the grassroots are saying.

The PN hopeful also has a familial link to one of the most notorious incidents in Maltese political history: his cousin Karin was killed in a letter bomb attack in 1977, aged just 15.

It is not all about politics for Grech. In his spare time, the leadership aspirant appears to be a budding opera singer.

Last September, he took to the stage to belt out an Andrea Bocelli number together with his son, Neil.