Maltese will have to grow “stronger together” for the country to move past the global pandemic and cleanse itself of the filth of corruption, Opposition leader Bernard Grech said on Monday in his response to the 2021 Budget.

“This is a virtual reality budget,” he said as he queried the government’s sunny financial forecasts and accused the government of making empty promises to society’s most vulnerable sectors.

Reflecting on Finance Minister Edward Scicluna’s budget speech last week, as well as reactions from stakeholders and civil society, Grech said that overcoming current – and global – troubles would require the country to rise above “a passive and mediocre attitude and the same culture of ideas, behaviour and leadership”.

Grech began with a critique of Prime Minister Robert Abela’s handling of the COVID-19 crisis, saying that in rushing to declare victory over the pandemic, the prime minister had forgotten the efforts and sacrifices of frontliners and downplayed the value of the life of the 53 virus victims, by couching news of the deaths with declarations of patients having suffered underlying conditions.

He appealed to the government to heed the warnings of public health officials, to direct every person working in the public sector to work remotely with immediate effect, to incentivise the private sector to increase remote working, to beef up enforcement and close loopholes, to introduce a rapid testing regime at the airport for all points of entry and to increase a supplementary voucher for the purchase of masks and sanitisers for families.

Grech also called for the government to set up a national COVID surveillance unit made of medical experts and featuring government and opposition representatives, to monitor advice being given and make sure it is in the public interest. 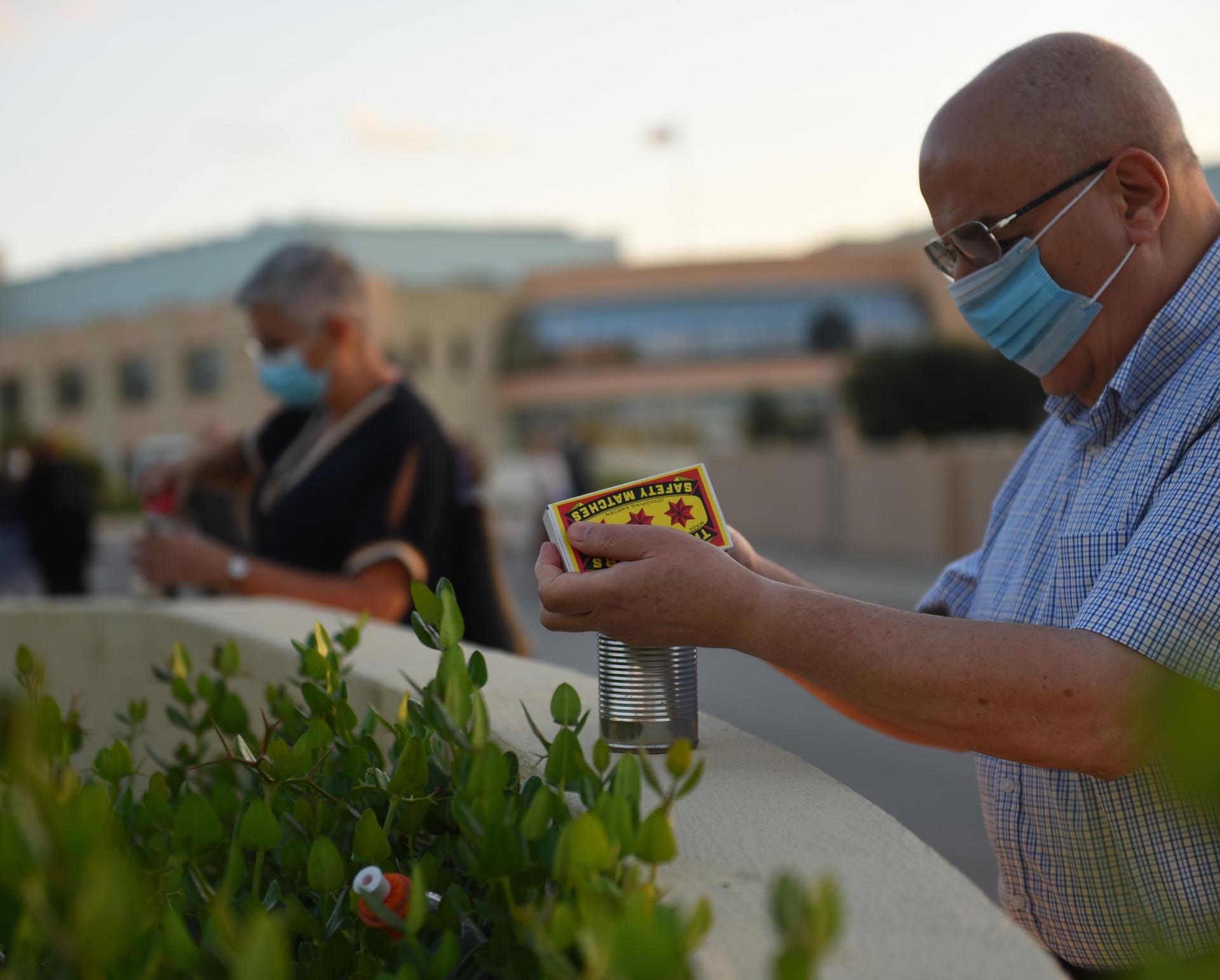 Grech said the government was now forecasting that it would run up the largest deficit in the country's history this year, at €1.2 billion, with a further €750 million deficit predicted for 2021.

He expressed scepticism about the government’s financial forecasts, noting it was predicting an increase in recurrent income over the previous year, as well as an increase in VAT and income tax revenue, in a year when tourism had drastically decreased, unemployment had gone up and consumption dropped.

“This is the case of a virtual reality budget,” Grech said.

He said that a combination of wasteful contracts with companies like Steward and Electrogas, coupled with wastefulness and corruption had led to government spending “exploding from €2.8 billion in 2012 to €4.4 billion in 2019, €4.7 billion in 2020 and €4.9 billion predicted for the coming year”.

Grech noted that the harm to Malta’s international reputation was only now starting to be felt. He cited an attractiveness survey, released last week and which showed a steep drop in interest by foreign investors, to bolster his point.

The Opposition leader said that rumours of a reshuffle within the cabinet were further confirmation of the government’s incompetence, as ministers had only been assigned new portfolios 10 months ago.

At least 13 measures announced in previous budgets and which had not been carried out were repeated in this year’s budget, Grech noted.

The PN leader said that the budget had no vision for education while the government had botched reopening schools during the pandemic, exposing its lack of preparation over the summer months to take schooling online.

Similarly, the government had forgotten the cultural sector and failed to include any beneficial measures for them. 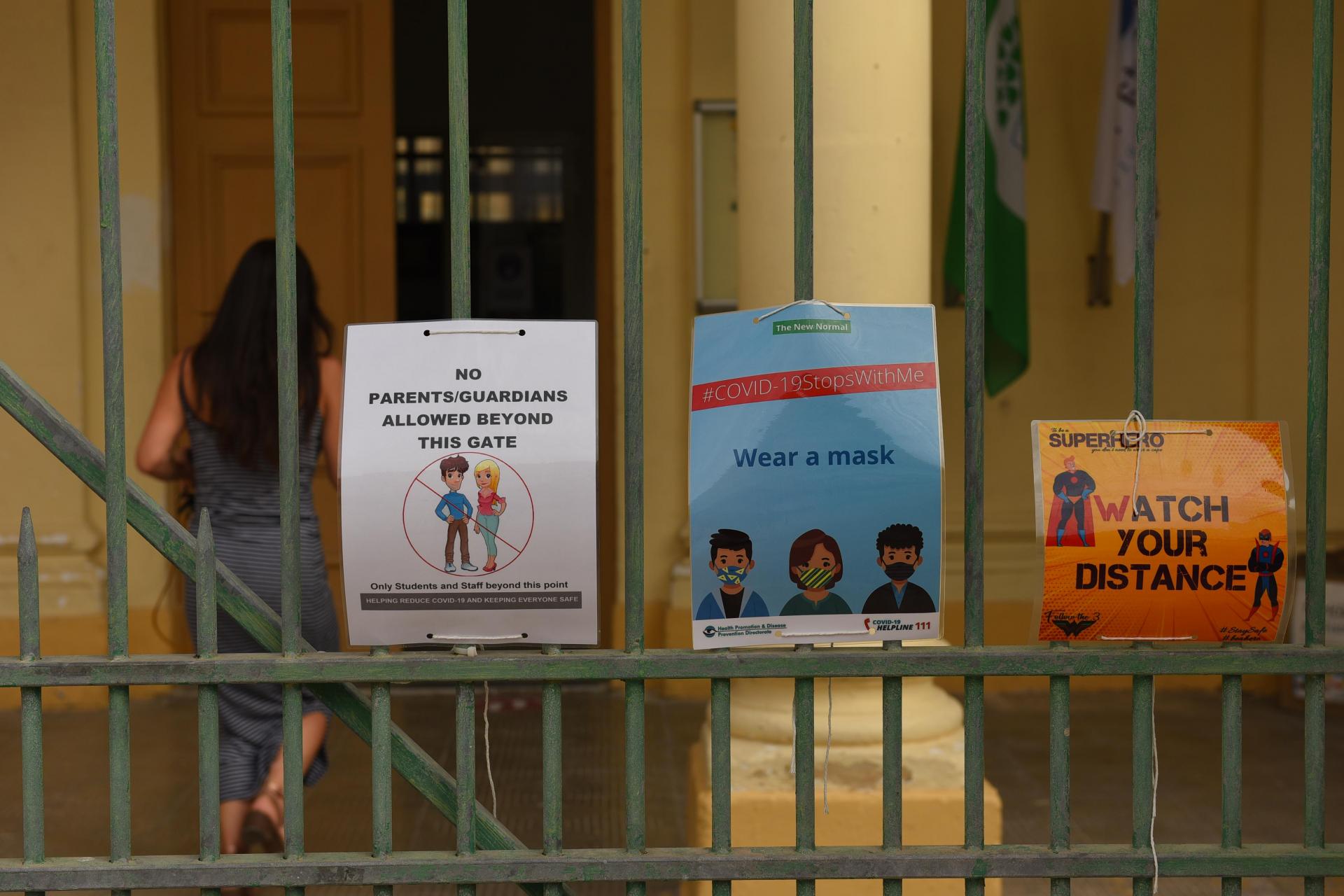 Grech said the PN wanted a country run on tenets of good governance, where economic results did not come at the expense of the environment.

Grech said that the environment and construction were not enemies, but could coexist with one another.

He said development boundaries should not be extended any further and argued that the industrial sector should be roped in to revitalise dilapidated zones and transform them into green spaces.

Grech said that quality of life was an essential building block for the PN’s socio-economic policies and said that too many families were being left behind.

He suggested creating a Poverty Watch Unit, run independently of the government, that would form part of the European Anti-Poverty Network.

Such units exist in several EU member states and monitor key trends and policy on poverty and social exclusion.

The PN’s third pillar focuses on youth and the need to have more involvement in public leadership.

Grech argued that students who work for more than 20 hours a week should receive a full stipend – they currently do not – saying that a young person should not be penalised for working. 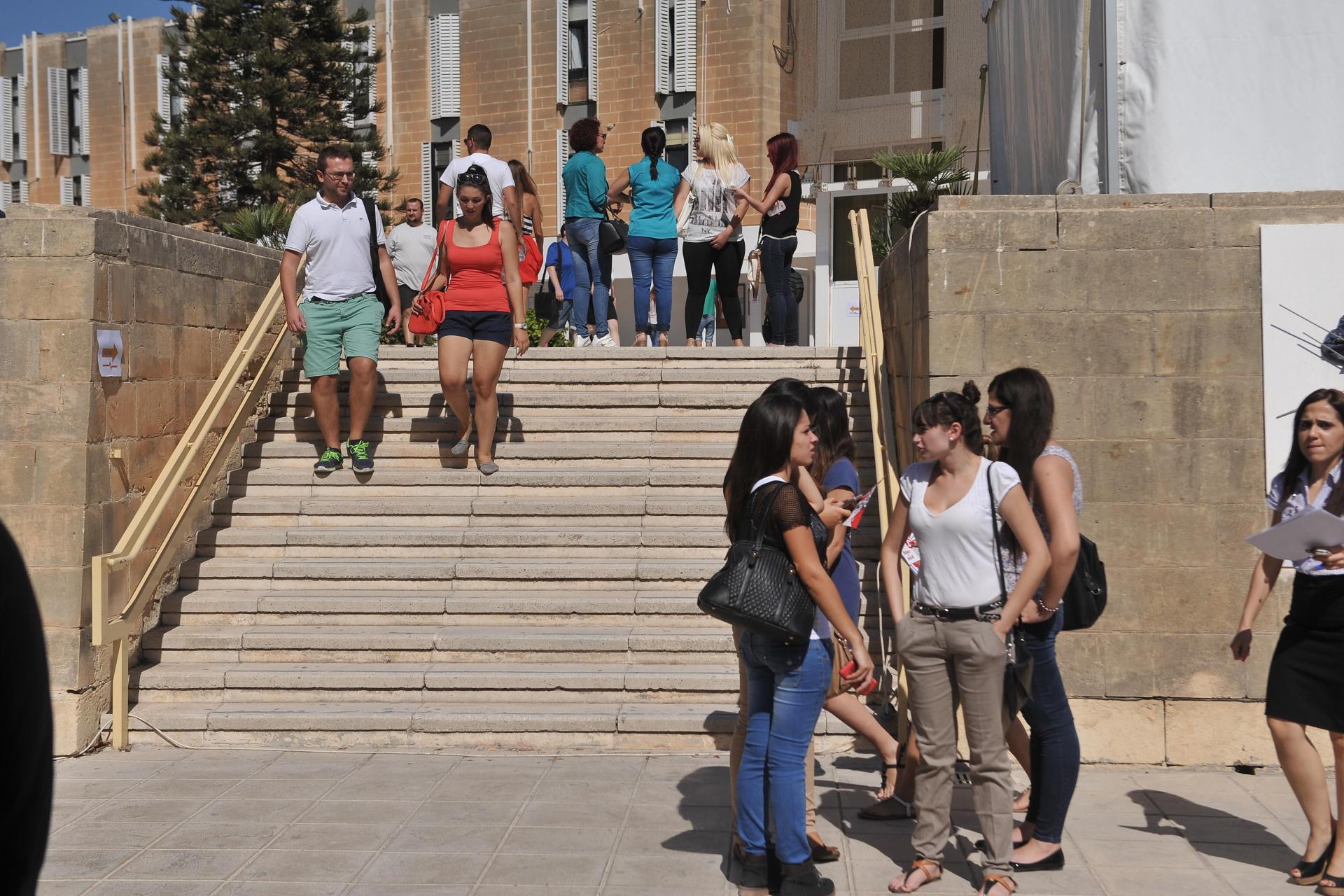 He added that more work should be done on internships and traineeships to incentivise employers to hire teens, in order to better prepare youth for working life.

The PN’s fourth pillar – human resources – would be built on teachers and educators, Grech said.

He emphasised the importance of education systems in transforming societies and cultures and said not enough focus was being placed on helping students transition from primary to secondary school.

Grech said the PN would work to have economic sectors with worthwhile wages, by building a new economic model based on experience and success and through jobs that did not have to be precarious in order to exist.

This, he said, is the fundamental difference between Robert Abela’s “Muscatonomics” and the PN’s model. 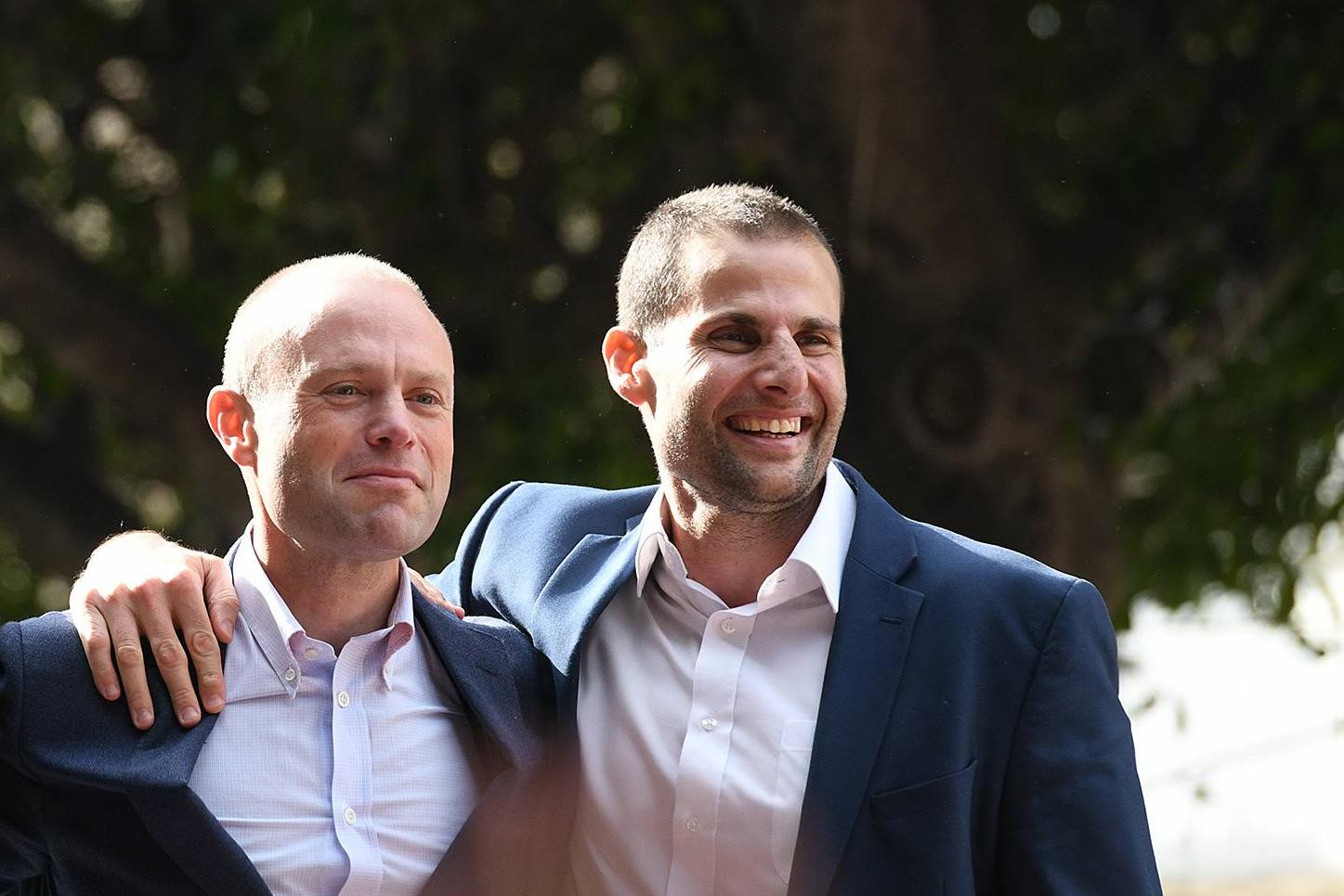 Grech said the PN wanted to introduce a “new social pact” which took into consideration salaries and work stability, quality of life and work-life balance. He indicated that his party would be pushing to introduce the concept of a living wage – as opposed to a minimum wage – into law and said that the time had come for social partners to revise the Cost-of-Living-Adjustment mechanism which is intended to counterbalance the impacts of inflation.

He said senior citizens and vulnerable groups had been misled by the Labour government, which he accused of “giving with one hand and taking with the other” when it came to social development. The long-last problem of a lack of social housing could be resolved by involving the private sector, he said.

Grech acknowledged good work done by the Labour government when it came to gender equality, but said much more needed to be done.

He reiterated the PN’s backing for plans to introduce a gender balancing mechanism into parliament, which would add parliamentary seats to ensure at least 40% of MPs are women.

This law should be introduced prior to the next general election, he said.

Grech said the PN’s vision for Gozo was for the island to build on its strengths in the agricultural, cultural, tourism and digital sectors, and to carve out a niche for green economy industries.

Plans for a Gozo tunnel should be put to Gozitans, he said, and tunnel plans had to be evaluated by truly independent and objective experts. Furthermore, he added, Gozo had to have a detailed masterplan before a major infrastructural project like a Gozo-Malta tunnel could begin.

He said the average Gozitan family earned €5,500 less than a Maltese family in a year and accused the government of having done nothing to rectify this growing wage disparity.

A fast ferry service that had been promised since 2013 remained just a promise, he said. Adding a fourth ferry to the Gozo Channel fleet could not make up for the value this sort of service would provide, he said. 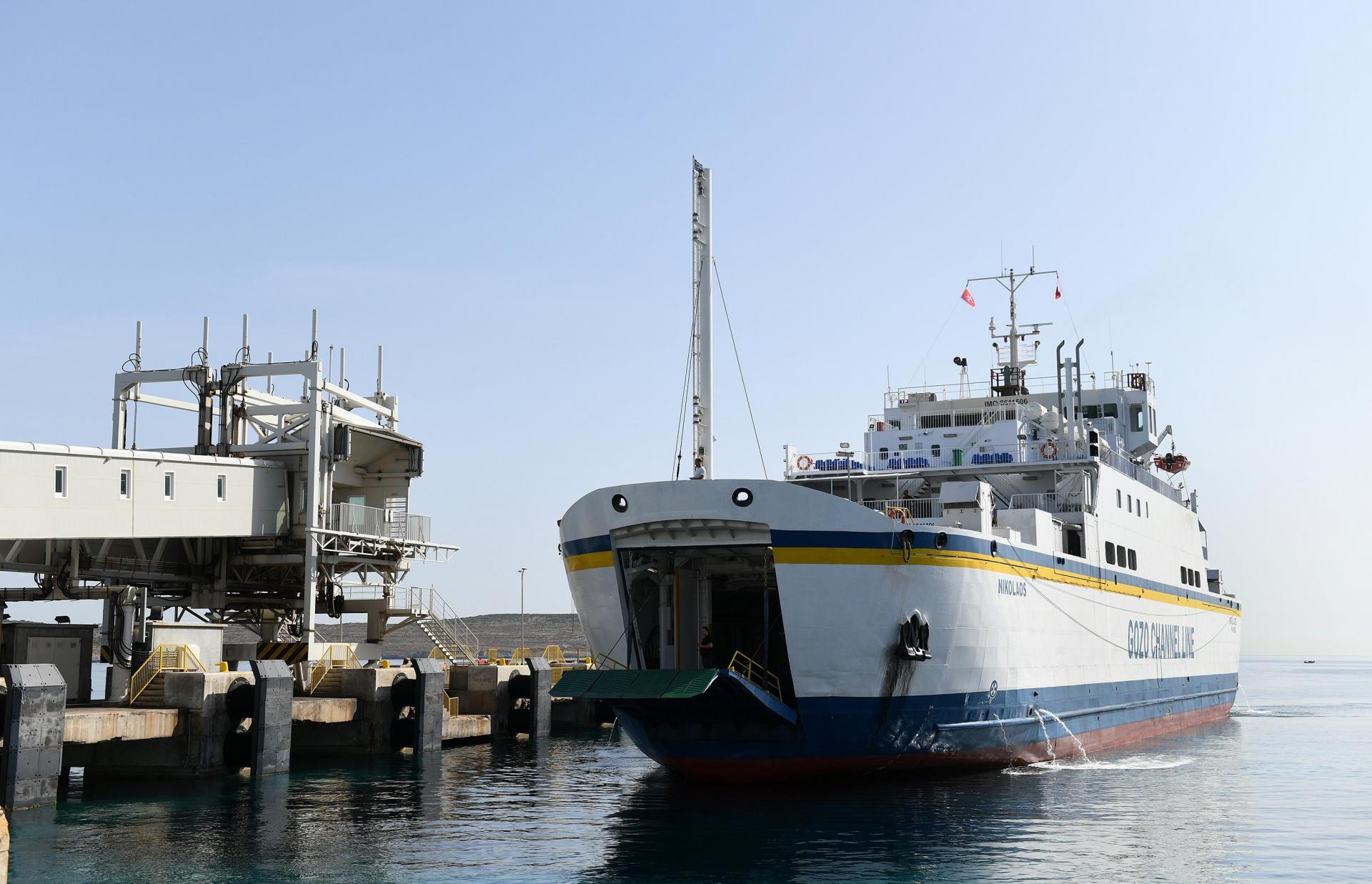 Grech said Malta had no strategic vision for its agricultural sector and the country had seen its arable land gradually reduced over successive decades. Large tracts of arable land remained uncultivated, he said.

He said the PN wanted to create a “new social pact” with farmers which would be based on sustainable and competitive farming, though he did not provide details of what this pact would entail.

Grech also urged the government to encourage the agricultural sector to develop new food products based on organic farming and livestock rearing, to encourage agritourism.

The last of the PN leader’s 12 pillars was focused on national security.

Grech said the country’s number one priority had to be solving the Daphne Caruana Galizia case conclusively, with the full truth emerging.

“Who can believe that we have the rule of law when a journalist’s murder continues to be an open case, with political intrigue emerging every week?” he asked.

Grech said more work was needed to strengthen institutions’ independence and autonomy and warned that foreign investment was fleeing, not entering the country.

The PN leader concluded by reiterating his party’s vision for a country with working institutions that learnt from its shameful incidents, with politicians who competed to generate wealth, rather than to pocket it.

His party, Grech said, wanted a country that was “proud of its history, at ease with its present and ambitious about its future”.

'We have seen poverty increase due to piecemeal measures'

Answering press questions following his speech, the Opposition leader said the PN wanted to highlight that the budget looked only to solve imminent issues and did not aim at making long-term changes to people’s lives.

“Instead of working to reduce poverty throughout the past seven years, under the Labour government we have seen poverty increase largely due to piecemeal measures that do not give individuals the opportunity to elevate themselves out of their unfavourable economic state,” Grech said.

“The PN is proposing measures, like introducing a living wage and revising the COLA, that give people the opportunity to address the difficulties holding them back.”

Grech said the PN’s vision did not stop at identifying what had been left out of the government’s budget but had concrete proposals.

In a statement late on Monday the Labour Party said that despite a change in leadership, the Opposition had remained the same and lacked ideas.

It was clear that Grech was reading off a script penned by those who put him in the leadership seat, recalling speeches given by former Opposition leader Simon Busuttil, the party said.

The PL said the tone of the speech was a negative one and Grech had tried to instill fear by referring to a deficit.

The party questioned which, of the government's initiatives, Grech would do away with to ensure no increase in deficit.