The financial services watchdog has raised “serious concerns” about Bank of Valletta’s operational and managerial processes, giving it until Friday to agree to implement a hefty overhaul, a leaked letter has revealed.

In a stern letter sent to BOV by the Malta Financial Services Authority last week, the bank’s senior management was taken to task for not showing the “required sense of urgency” to get its house in order.

The European Central Bank reviewed BOV back in March, and officials were in Malta last week for a follow-up, however the result of these visits has so far remained under wraps.

The Sunday Times of Malta is informed that an onsite inspection by the ECB had flagged around a dozen cases of “operational risk” at Malta’s biggest bank, four of which were deemed critical.

The MFSA letter warns BOV that the European Banking Authority could potentially move to downgrade it if remedial action is not taken soon.

“Despite various interactions, [the bank] is perceived as lacking in effectively addressing the spirit as well as the actual concerns raised, and does not show the required sense of urgency expected in these circumstances to address the issues at hand,” the letter reads.

The authority urged BOV to change the way it operated, particularly when it came to risk management and internal controls.

Its management also fell short of the level expected in European and international banking circles, the correspondence reads, urging the bank to address this immediately (see below).

“The bank needs to embed risk and compliance into its structures, systems and processes, in particular in the way risk is managed, understood and addressed,” the letter reads.

Weighing in on the situation facing BOV, industry insiders told The Sunday Times of Malta that banks the world over were facing increased pressure to minimise their risk.

Bank of Valletta, they said, could be viewed as a ‘risky’ bank to do businesses with, mostly due to its sheer size in comparison to the Maltese economy. Minimising this risk was described as “healthy” for the bank and for the island as a jurisdiction.

The authority warned that given the bank’s strategic importance to the Maltese economy, it was critical that the concerns raised were addressed right away.

If it failed to do so, it not only put itself at risk but could even have an impact on the island’s credit rating as a jurisdiction, the MFSA warned.

BOV confirmed earlier this month that its last remaining provider of US dollar transactions would be pulling the plug as part of a de-risking exercise.

The MFSA flagged this as one of its main concerns though Prime Minister Joseph Muscat had said the withdrawal of the US correspondent bank was a result of BOV’s growth and success. 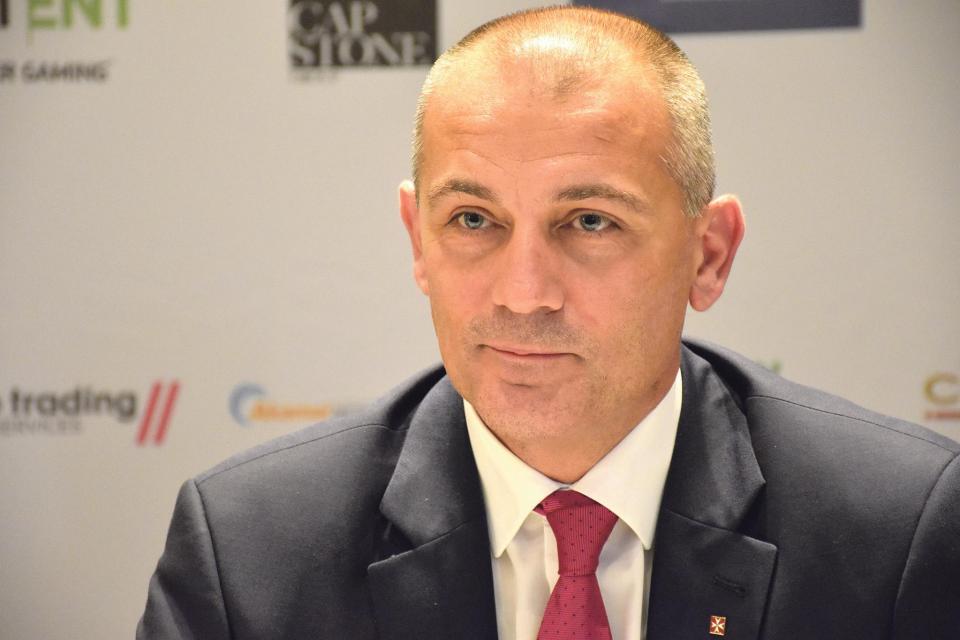 The letter was signed by MFSA chief executive Joe Cuschieri

The authority also raised concerns about a cyber-attack on the bank in February. The bank had to temporarily shut down all its operations after hackers broke into its systems and moved €13 million into foreign accounts. The money was eventually tracked down.

In its letter, the MFSA said this incident had been “partly facilitated by weak IT systems and infrastructure”.

In closing, the authority calls on the bank to say whether or not it will be appointing a “transformation team” by Friday.

“While we understand that the bank is plagued with legacy issues and cultures, it has now become critical that a new three-year plan of action is requested to strictly abide by the timelines given by the onsite inspection and reports of the ECB,” the letter reads.

Contacted on Saturday, BOV chairman Deo Scerri said the MFSA letter was a list of recommendations that the bank may wish to consider.

“We believe that our current programme to exit higher risk business lines and strengthen our anti-money laundering controls satisfy the MFSA’s requirements for a stronger, safer bank,” he said.

BOV was undergoing a two-year transformation programme, with the assistance of global consultancy firms, which would guarantee its long-term future, Mr Scerri said.

“In the meantime, BOV continues to perform strongly and profitably, in accordance with the high expectations of all its stakeholders,” Mr Scerri said.

“The authority is working closely with BOV to address the challenges and legacy issues which developed over many years to ensure the bank puts together a strong transformation plan so that areas of higher risk are addressed in the shortest time possible. Such a process will ultimately be beneficial to the bank and will ensure its long-term sustainability, enabling it to meet the highest standards of compliance, risk management and governance.”

Recommendations to Bank of Valletta:

▪ Provide fortnightly updates to the MFSA and ECB on regulatory transparency.

▪ Ensure risk culture is at the heart of the organisation.

▪ Create a new transformation office and install a new international interim management team within the next three months.

▪ Transformation needs to be managed by a team of international specialised professionals.