Bank of Valletta’s CEO Mario Mallia is quietly confident the bank will find a replacement for ING which announced it was terminating its corresponding banking relationship in December.

Malta’s biggest local back confirmed last week that its last remaining provider of US dollar transactions would be pulling the plug as part of a de-risking exercise. 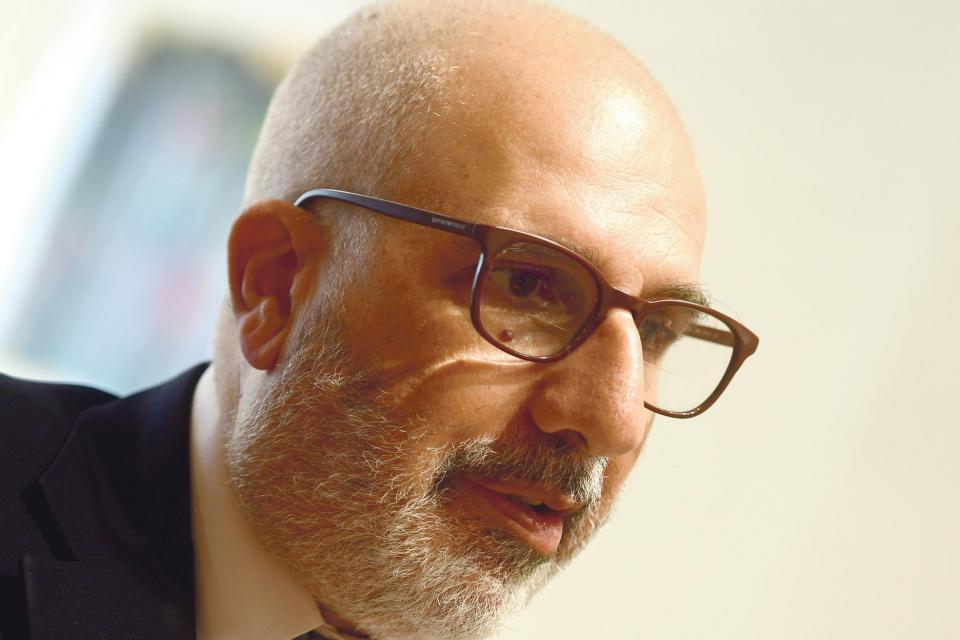 The Dutch bank had agreed to pay a €775 million settlement in a case where it stood accused of widespread breaches of anti-money laundering regulations.

Malta is increasingly being viewed as a high-risk jurisdiction to do business with, at a time when large correspondent banks are seeking to reduce their exposure to such risks.

In an interview with The Sunday Times of Malta, Mr Mallia refuted claims of lax enforcement of Malta’s anti-money laundering laws.

Admitting that the jurisdiction as a whole had made mistakes in the past, the BOV CEO said these paled in comparison to recent international scandals involving global banks.

Mr Mallia refused to entertain questions about specific clients when asked about some of BOV’s own recent controversies, including the handling of €90 million in Gaddafi money, the processing of a “suspicious” transaction in dollars to the company 17 Black and the on-boarding of an Iranian banker who has since been charged with money-laundering in the US.

He defended BOV’s track record on the Gaddafi front, saying the money was accepted in different global circumstances, at a time when the strongman was recognised as a legitimate leader and there were no money laundering concerns.

When Libya was slapped with sanctions, BOV promptly froze all the accounts, which remain blocked till this very day.

BOV to ‘put its money where its mouth is’

Mr Mallia pointed towards a general shift in the banking sector, which has become more conscious of improving anti-crime defences.

He vowed BOV would be putting its money where its mouth is by investing millions in upping its anti-money laundering defences.

I am obsessed with the long-term

“BOV is trying to set the standards for Malta when it comes to fighting money laundering. We are very much conscious of our responsibility towards the jurisdiction.

“That is why we are investing such large amounts to make BOV and the jurisdiction a much safer place”.

News that ING was turning its back on Malta drew a variety of reactions, with Prime Minister Joseph Muscat putting it down to the bank’s success.

Asked about this particular interpretation, Mr Mallia said BOV’s size had certainly drawn increased regulatory interest. BOV has grown rapidly, both “organically” and because other banks had been shrinking their business.

Mr Mallia said these factors now meant BOV had close to a 50% market share in the local banking sector. Smaller banks have so far largely maintained their correspondent bank relationship, although Malta Bankers’ Association chairman Marcel Cassar warned last week that the ING development was worrying, particularly if it was not driven by any specific problem at BOV.

So how come these smaller banks have maintained their US dollar correspondent banks and BOV has been dumped?

According to Mr Mallia, it all boils down to a numbers game. BOV’s large size comparative to other local banks naturally meant correspondent banks viewed it as being higher risk.

ING’s withdrawal comes as ‘no surprise’

ING’s withdrawal of its correspondent banking services came as no surprise, as it was well known that it was conducting a de-risking exercise, Mr Mallia said.

He said efforts were under way to find alternative arrangements.

Deutsche Bank terminated its servicing of such transactions for BOV two years ago.

Far from viewing ING’s December withdrawal as a big doomsday clock ticking over his head, Mr Mallia calmly acknowledged the “importance” of having a US dollar correspondent bank.

“We have reasons to be optimistic, although I cannot give any guarantees at this stage. We are seeing interest. There is also a Plan B and a Plan C.”

Asked what these alternative plans were, Mr Mallia said the bank was working at ensuring that at a minimum, arrangements would be made to service certain important sectors that did business with BOV and traded in US dollars.

Mr Mallia said the vast majority of BOV customers would not be affected by ING’s withdrawal.

“There is a very limited connection between the man in the street and US dollars.”

BOV is now embarking on a two-year programme to bolster its anti-money laundering resources and shed the riskier elements of its business.

Mr Mallia said two international firms were helping the bank in its efforts.

He said the two-year programme had been embarked upon with the blessing of regulators in Malta and Frankfurt, where the ECB is based.

“By the end of this programme, BOV will become one of the safest banks in Europe. This will make future correspondent banking relationships easier than they are today.

“I am obsessed with the long-term. I will not be reaping the benefits myself of these programmes. I want to leave behind a strong and stable bank,” Mr Mallia said.

The function of a correspondent bank

The function of a correspondent bank is to conduct business transactions, accept deposits and gather documents on behalf of the other financial institutions, financial advisor Jesmond Mizzi explained to The Sunday Times of Malta.

Since the European Central Bank started acting as the regulator to a number of banks in Europe, many banks have reduced their service offerings as part of their de-risking programme, Mr Mizzi said.

“It is important to note that as far back as November 2015, the World Bank had highlighted the fact that large international banks had started to terminate their correspondent banking relationships with smaller local and regional banks.

In March 2017, the International Monetary Fund issued a report in which it was highlighted that restrictions in the appointment of correspondent banks and the termination of existing agreements could have an impact on the growth of such countries, Mr Mizzi said.

He said changes in regulations and the more rigorous prudent requirements being implemented by banks were playing an important part in who assists who in the banking sector.

“In some way, I think that via the de-risking programme being undertaken by BOV and the more stringent checks and balances in respect of anti-money laundering and combating the financing of terrorism being implemented by all, BOV should be in a better position to find alternative providers for such services.

“I am sure that the bank is seeking to appoint an alternative correspondent bank and given the bank’s strong profitability and balance sheet, it should be a matter of time before they solve this matter.”

The implications for local businesses were not critical given that there were global and local players offering payment services in US Dollars, Mr Mizzi said.

“The concern that particular riskier areas of businesses like gaming companies, medical cannabis and cryptocurrency companies would not be able to operate from Malta needs to be evaluated, but I understand that most local banks do not offer services to these companies or if they do, they do not affect payments in US Dollars on behalf of these companies.”

As banks de-risked, they stood a better chance of engaging with other international banks, he added.

Mr Mizzi said local authorities also had an important role to play in ensuring that Malta was implementing the necessary regulations in line with other jurisdictions.