Businesses located close to Parliament say they are being hugely affected by the protests and political unrest taking place over the past two weeks, with some reporting sales had been almost halved compared to this time of the year.

Of the 20 shops, restaurants and pharmacists surveyed by Times of Malta, all but two said they have experienced a drop in their bottom line in recent days.

One of the worst affected was Vigo Clothing store on Ordnance Street, which was forced to close its doors early several times over the past two weeks, amid demonstrations over the Daphne Caruana Galizia murder probe.

”People are scared to come into Valletta,” says managing director Joseph Camenzuli. “We have no problem with the majority of people holding a peaceful protest, but we’ve witnessed gangs of drunk men being aggressive. It’s not OK.

"They say they are Maltese citizens doing it for the good of the country, but it’s not good for us. We’ve lost half of our sales at a time when we should be really busy with the run-up to Christmas and Black Friday.

"Instead, we have people sending us messages on Facebook saying they don’t want to come in and pick up the suits they have ordered because they are nervous. We are a family business with mouths to feed, we won’t get this money back – the damage is done.”

A few doors away, a shoe shop owner says his profits are down around 30%, citing the police barricades as the biggest offender, as they have stopped people from entering the premises.

Across the street – and directly across Parliament – head chef at Falafel Street Rahim also blames the presence of barricades for a drop in his customers.

“We haven’t been able to put our tables and chairs outside, so people have nowhere to sit. We’re down around 15%. Last week was OK, but this week was definitely worse as we’ve had to close early on more than one evening.” 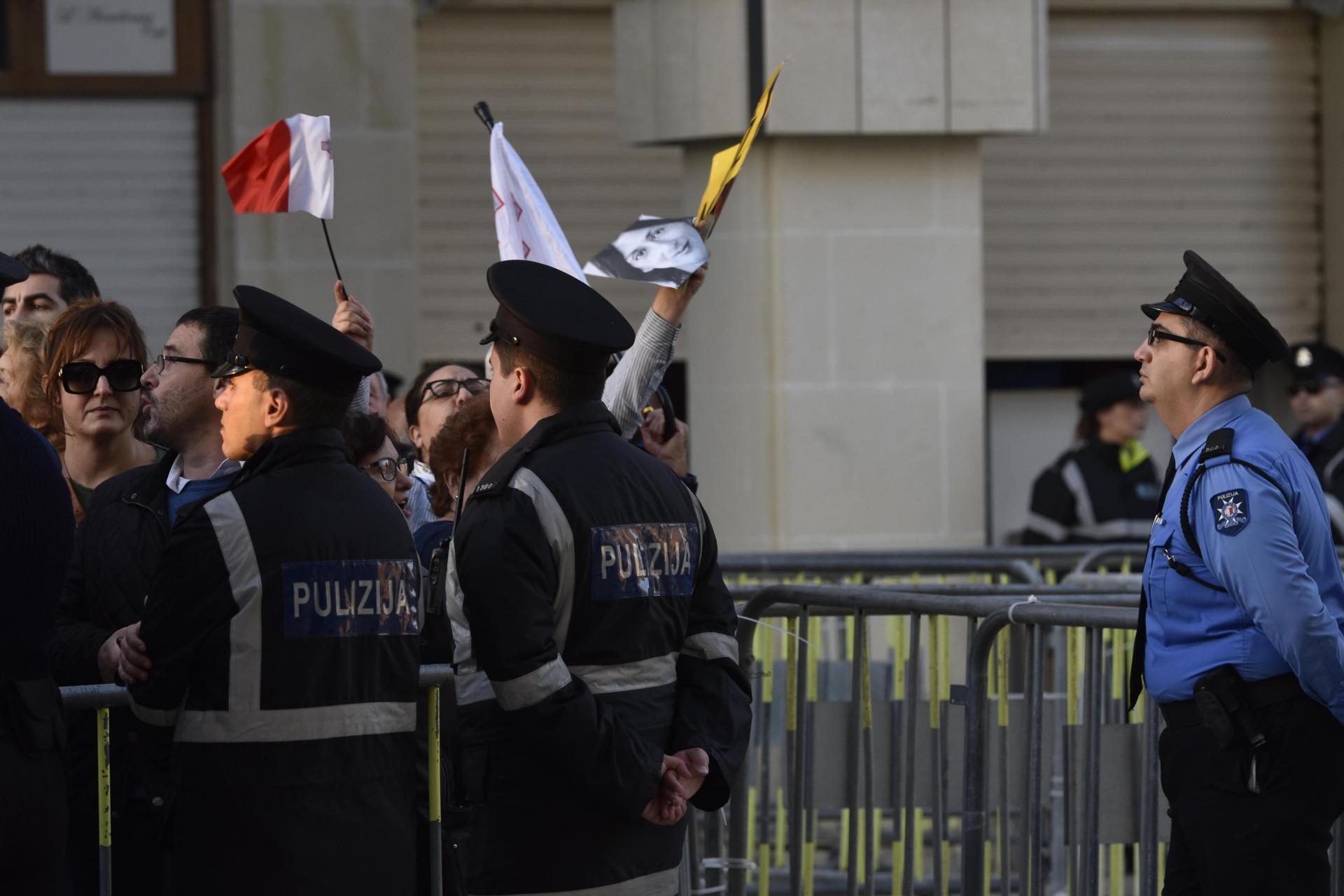 Police told shop owners to close their doors for their own safety. Photo: Mark Zammit Cordina

Close by – the owner of a souvenir shop, as well as the managers of two separate cafes – also say it’s a difficult time.

“On Monday we were told to close at 2pm, last week it was 4pm,” says Clint from Café Royale. “It will take us about a week of work to make up for what we have lost.”

Another company feeling the pinch is Roseberry Valletta – located off Freedom Square, just feet from where the majority of the demonstrations have been taking place.

“We’ve lost hundreds of euros in the cancellations of beauty appointments,” the staff say.

"We understand that the police are doing their job, but when we are told to close at the last minute, it makes it very hard to call our clients and tell them that they can no longer come in. Often they have sat in traffic and arranged their day around this appointment in Valletta.”

Next door, Olesya Hubr, manager at Tommy Hilfiger says that between last week’s electrical blackout and the ongoing shop closures they are also suffering.

“I understand this is democracy, but it needs to stop. I am Russian and don’t support either party, but people must realise that both sides will be impacted in the long run. Tourists who are coming into the shop keep asking me what is happening. They don’t understand Maltese, so unless they have read the story on an international outlet like the BBC they don’t know what’s going on.”

Larkin Mallia, assistant manager at the Domus Zamittello Hotel, says he’s been facing similar questions from those visiting from outside Malta.

“While we haven’t had any cancellations, some tourists have contacted us concerned by what they have seen on the media. They are worried that they will get caught up in the middle of the protests because of our location and that things might turn violent. They are also annoyed that they have to get dropped off by taxi and walk around a longer way to the hotel because the streets have been blocked.”

A toy shop, several jewellers, as well as a grocery store, also say their profits are down at least 20%. When asked if any of the business owners would be willing to campaign for some kind of compensation, they all replied that it would be a “waste of their time”.

Only two businesses seem to be bucking the trend. One employee at Galea Gallery on Ordnance Street said that they have seen a spike in customers, because a higher number of people have been forced to walk by its doors to walk around the barricades.

While a few doors down, a staff member at The Pulled Meat Company, said they have seen a surge in orders for food after the protests ended.