Reacting to a Times of Malta report about MPs calling for their removal or dismissal from the Labour Party, Dr Busuttil asked whether simply letting them go is enough.

"Konrad Mizzi and Keith Schembri must be immediately arrested and, as a minimum, charged for corruption and money laundering. They have been protected by their accomplice Joseph Muscat  for far too long," he said in a tweet.

JUST OUT? @KonradMizzi and @keithaschembri must be immediately arrested and, as a minimum, charged for corruption and money laundering. They have been protected by their accomplice @JosephMuscat_JM for far too long. https://t.co/Z4eMoa0E5Y

Dr Busuttil has for years been calling for an investigation of Mizzi and Schembri and their removal.

On Sunday he expressed heartfelt appreciation for a resolution by the Administrative Council and the Executive of the Nationalist Party thanking him for his work.

The PN organs thanked the Nationalist Opposition under Simon Busuttil for having unceasingly worked to uncover the web of corruption and deceit in, among others, the Electrogas contract, the Panama Papers and 17 Black. 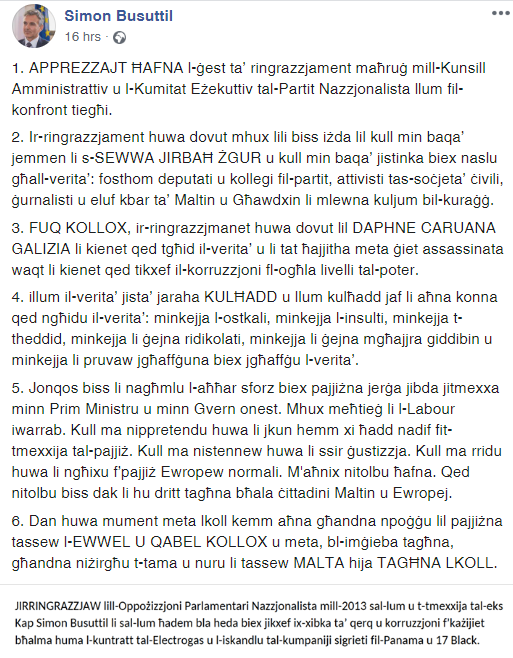