Praspar Press is looking for works for a second anthology of Maltese writing. KAT STORACE speaks to Lara Zammit about the call for submissions.

Praspar Press, a micropublisher founded in 2020 in London by Kat Storace and Jen Calleja, is currently seeking submissions for its second anthology of Maltese writing.

The publisher is accepting previously unpublished, original works of poetry, short fiction, novel extracts and literary non-fiction translated into English from Maltese accompanied by the original Maltese text, and work originally written in English. Submissions are open until February 15 at midnight (CET).

The anthology follows the success of Scintillas, the publisher’s first anthology published in 2021.

“We’ve been really buoyed by the positive response we’ve had to Scintillas, both in Malta and here in the UK,” says Storace, speaking to Times of Malta.

“We have received so much support from independent bookshops, including the London Review of Books, Burley Fisher, Hastings Bookshop, Mallia & D’Amato and Kixott, along with reviewers, other small presses, writers, translators and, most importantly, readers.”

Submissions are open until February 15 at midnight

Speaking about the success of their first anthology, Storace said that the publisher always envisaged this as the first in a series of anthologies that would be published as Praspar Press every year. “Our aim is to continue to offer Maltese writers an international platform and to help us connect with writers at all stages of their careers. We hope this will lead us to make great discoveries of writers and translators we’d like to work with on future projects.

“We also know from experience that the majority of those working in UK publishing haven’t read any work by Maltese writers or translators, and we want to do our part in helping them find talented people to publish.”

Storace recounted that, when submissions for the first anthology opened in November 2020, they were not sure what the response would be. However, they received over 200 pieces from over 80 writers based around the world.

“This response has definitely pushed us to issue this second call for submissions and we’d really like to encourage anyone writing fiction, creative non-fiction and poetry to submit, even if they weren’t successful the first time round,” she said. 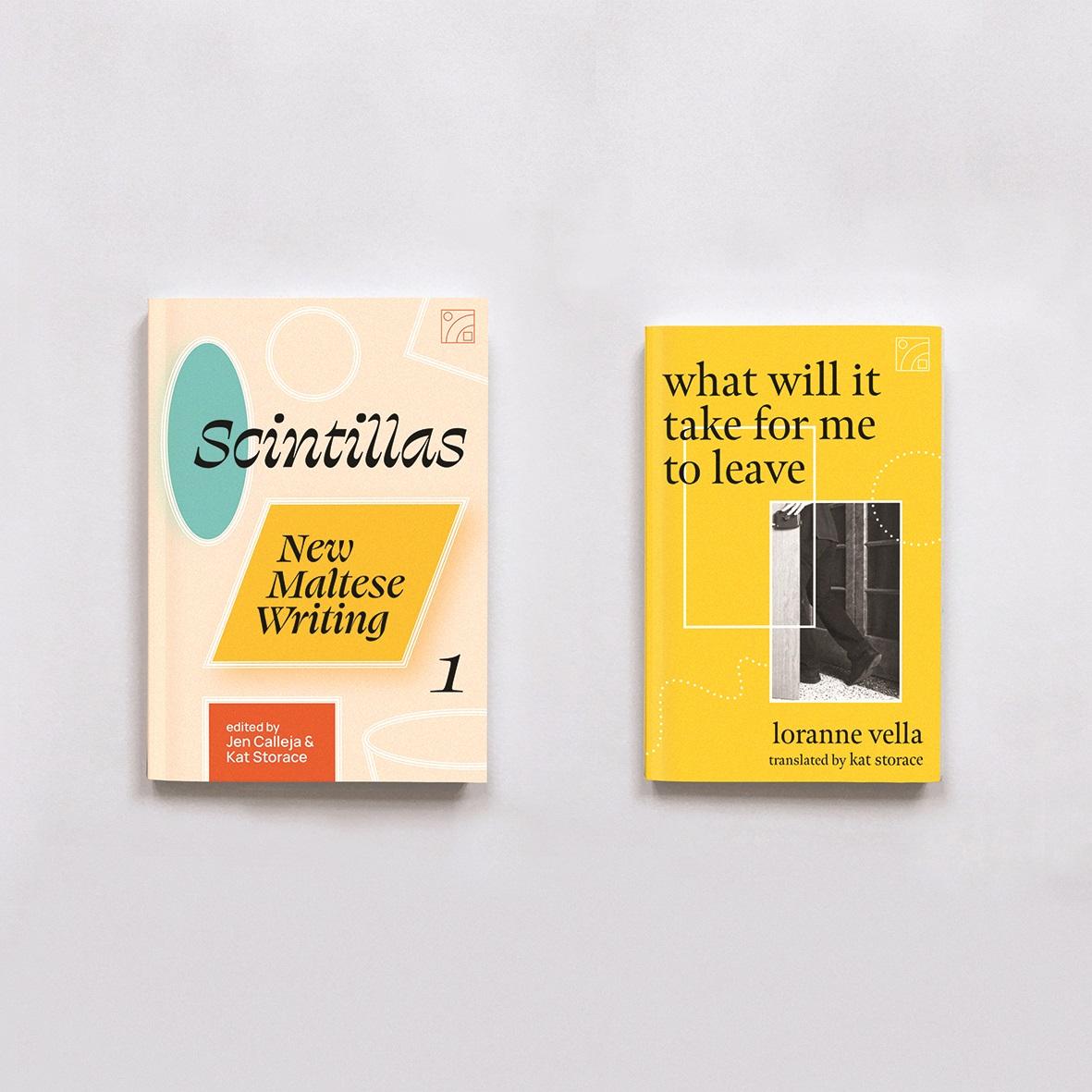 'Scintillas' and 'What will it take for me to leave' published by Praspar Press in 2021.

Along with Scintillas, the publisher also published in 2021 Loranne Vella’s National Book Prize of Malta nominated collection What will it take for me to leave translated by Storace with photographs by Zvezdan Reljić.

The book is an enigmatic, dark, and at times humorous collection of short stories making readers question our terms of engagement with the past, the present and the future.

Full details about submissions can be found praspar.com/submissions. For any enquiries about the press or the anthology, contact info@praspar.com. The project is being supported by the National Book Council of Malta.