The three people named in court by Vince Muscat as allegedly involved in the Daphne Caruana Galizia murder have dismissed his claims as “pure rubbish”.

On Thursday, Muscat, il-Koħħu, named ex-minister Chris Cardona, his associate, David Gatt and former OPM chief of staff Keith Schembri as being linked to the men wanted for murder.

Muscat, who was arrested in December 2017, registered a guilty plea in the murder case last month and will now serve as a witness in proceedings against two brothers, with whom he had formerly shared the dock. 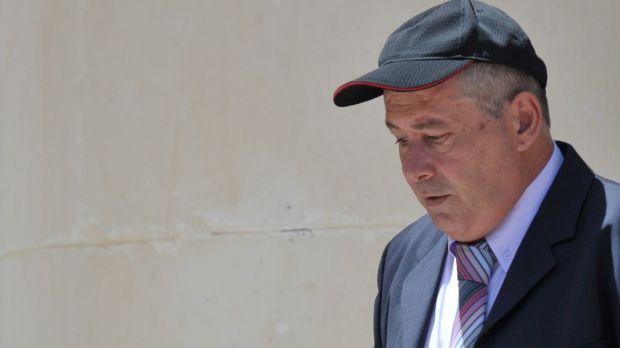 His testimony on Thursday was mainly based on information he received from Alfred Degiorgio, who, together with his brother, George, are accused of planting the bomb. At no point did he give an indication of who the mastermind might have been. Businessman Yorgen Fenech has been charged with being behind the assassination.

Contacted on Friday, Cardona told Times of Malta that apart from being hearsay because it was based on what others had told him, whatever Muscat said in court were “utter lies”.

Cardona pointed especially to the claim that he had held multiple meetings at Castille with Alfred Degiorgio.

“This is an outright lie. I never had an office at Castille. My ministry was in Merchants’ Street, which is not even accessible by car so even this goes to show how this is all an invention,” he said.

Asked whether the witness could have been referring to his ministry and mistakenly said Castille, Cardona said it was impossible and insisted that he never held any meetings with Degiorgio.

He added that he could not explain why Muscat was “making up utter lies that can easily be confirmed to be false”.

In comments to The Malta Independent, Cardona added: “I was never aware of any project to kill anyone… this is pure evil fiction.”

Referring to claims that he had suffered an overdose, Cardona said this too could easily be verified through hospital records.

Schembri also vehemently denied the claims made about his connection to the murder.

“It’s utter lies and complete fiction,” he said when contacted through his lawyers yesterday.

“What Muscat said about me in court is the figment of his very fertile imagination. It is total and outright rubbish.”

Lawyer David Gatt, a former police inspector, said there was no word in the dictionary that could best describe his reaction to the allegations made about him.

“Every now and then, these people remember I exist and try to pin me to something that is surely not mine. What did Daphne Caruana Galizia ever do to me?

“That I categorically and vehemently deny is not even enough to describe how strongly I deny the claims,” Gatt said angrily.

Gatt had previously been mentioned in a letter implicating him in the murder and which he had described as “disgusting and sickening”.

On Thursday, Muscat said Gatt would go to the Marsa shed where he would meet the Degiorgios and once gestured a thumbs-up sign to him.

George Degiorgio told Muscat: “Do you know who told him? Keith (Schembri) il-Kasco’. We had thought it was Chris Cardona but it was Keith il-Kasco.”

Gatt, he said, would mimic noises of an explosion and he understood that the thumbs-up was a reference to the “number one” in Malta – Schembri.

But Gatt rubbished these claims, saying he never made such gestures.

He could not explain why his name kept cropping up.

“Look, as a lawyer and previously as a police inspector, my work involves constant contact with criminals so I’m an easy target,” he said.

“I’m just a village lawyer and I had no involvement in any of these things.”