One of the men accused of Daphne Caruana Galizia’s murder has been offered a reduced sentence in exchange for testimony.

Vince Muscat, who was charged in December 2017 over his involvement in the brutal assassination of the journalist, has over the past months proven willing to provide some information about his role in the execution.

While the government appears to have little appetite for a blanket presidential pardon, sources familiar with the matter confirmed that a plea bargain leading
to a reduced sentence has been put on the table.

Almost two years to date since a car bomb killed the journalist outside her home in Bidnija, pressure is mounting on investigators.

Times of Malta understands that no agreement has yet been reached between the Attorney General and Mr Muscat about the length of the eventual sentence if a plea bargain deal is reached.

Sources said an initial request to reduce the prison term was turned down by the Attorney General.

Another offer of a reduced sentence of 12 years, the minimum sentence for murder, has been dangled before Mr Muscat in exchange for his testimony, although the safety risks of the suspect spending a lengthy period behind bars after turning evidence are believed to be high.

Any such deal would have to eventually be signed off by the judge in the
murder trial.

Conflicting opinions exist about whether Mr Muscat’s potential testimony on the
witness stand can actually help take the case forward.

Mr Muscat’s information has been perceived as somewhat inconsistent and he has sometimes found it difficult to reconcile dates, according to sources.

One source said the government has no intention of shooting down a plea bargain and “certainly” wants to keep doors open.

“It needs to be convinced that any such deal would lead towards more arrests...It’s a predicament it’s facing.”

The source said the Prime Minister has sought advice from different experts
about granting a plea bargain.

“Questions have also been raised about whether Mr Muscat’s testimony would
hold up when he is being scrutinised by the court.”

One source told The Sunday Times of Malta that the suspect has shown the
police what he knows, and his information had been “verified” by investigators. 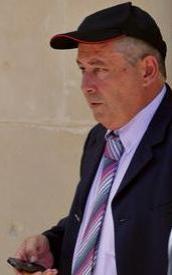 The police then forwarded Mr Muscat’s request for a presidential pardon to the
Prime Minister, where a discussion was held about whether the information
could lead investigators to nab suspects further up the chain.

Information he may have on another individual possibly involved in the murder
plot is seen to be largely based on “hearsay ”, which could easily be challenged in court.

Questioned about the prospect of a pardon for Mr Muscat last week, the Prime Minister said he was not keen on pardons in general, though he declined to go into specifics about the case.

Suspect in the dark about the murder plot

Mr Muscat is believed to have little knowledge of the people who commissioned the murder since investigators say he was roped in after George and Alfred Degiorgio, the two brothers also charged with the murder, had already set the wheels in motion.

Another source corroborated the information, and said Mr Muscat’s knowledge
is mainly linked to the actual act of the murder and he may have little awareness of who actually commissioned it.

“At this stage it’s not clear whether his knowledge is enough to even guarantee
a prosecution.”

The Sunday Times of Malta revealed last week how one of the key suspects behind the commissioning of the murder is believed to be a major local businessman.

Investigators believe the businessman could have shielded his involvement
in the plot through the use of an intermediary, who largely dealt with the
Degiorgio brothers.

Police have also been following the trail of other suspects who could have been
involved in supplying the bomb used to kill Ms Caruana Galizia, as well as a
money trail to the Degiorgio’s family.