▪ Last will drawn up a day after arrests
▪ No suspects questioned yet
▪ Money trail to imprisoned men probed
▪ No evidence linking politicians, but possibility not ruled out

A major businessman is among three potential key suspects behind the assassination of journalist Daphne Caruana Galizia, according to two sources close to the investigation.

The businessman’s dealings were being investigated by Ms Caruana Galizia before she was murdered in an explosion after a bomb was placed inside her car in October 2017, The Sunday Times of Malta can reveal.

Investigators have yet to question the suspect, who could potentially be one of the masterminds, since evidence is still being gathered, but one source said they are "quite certain by now that Daphne Caruana Galizia was murdered because of what she wrote or what she was about to reveal".

Among other leads, investigators have homed in on Ms Caruana Galizia’s investigations into the Maltese businessman’s dealings, even though the victim and the potential suspect were never engaged in any legal battles or public wrangles.

Focus on two other men

Sources said investigators are also focusing on at least two other men who could have been involved in the commissioning of the murder. One is believed to be connected with the gambling scene, the other suspected to be linked to the smuggling underworld.

Investigators have so far found no evidence linking politicians or persons holding political office to the murder, though a potential connection has not been ruled out.

They have established a link between certain individuals, as well as a sequence of events that points to the role of a businessman in the commissioning of the murder. 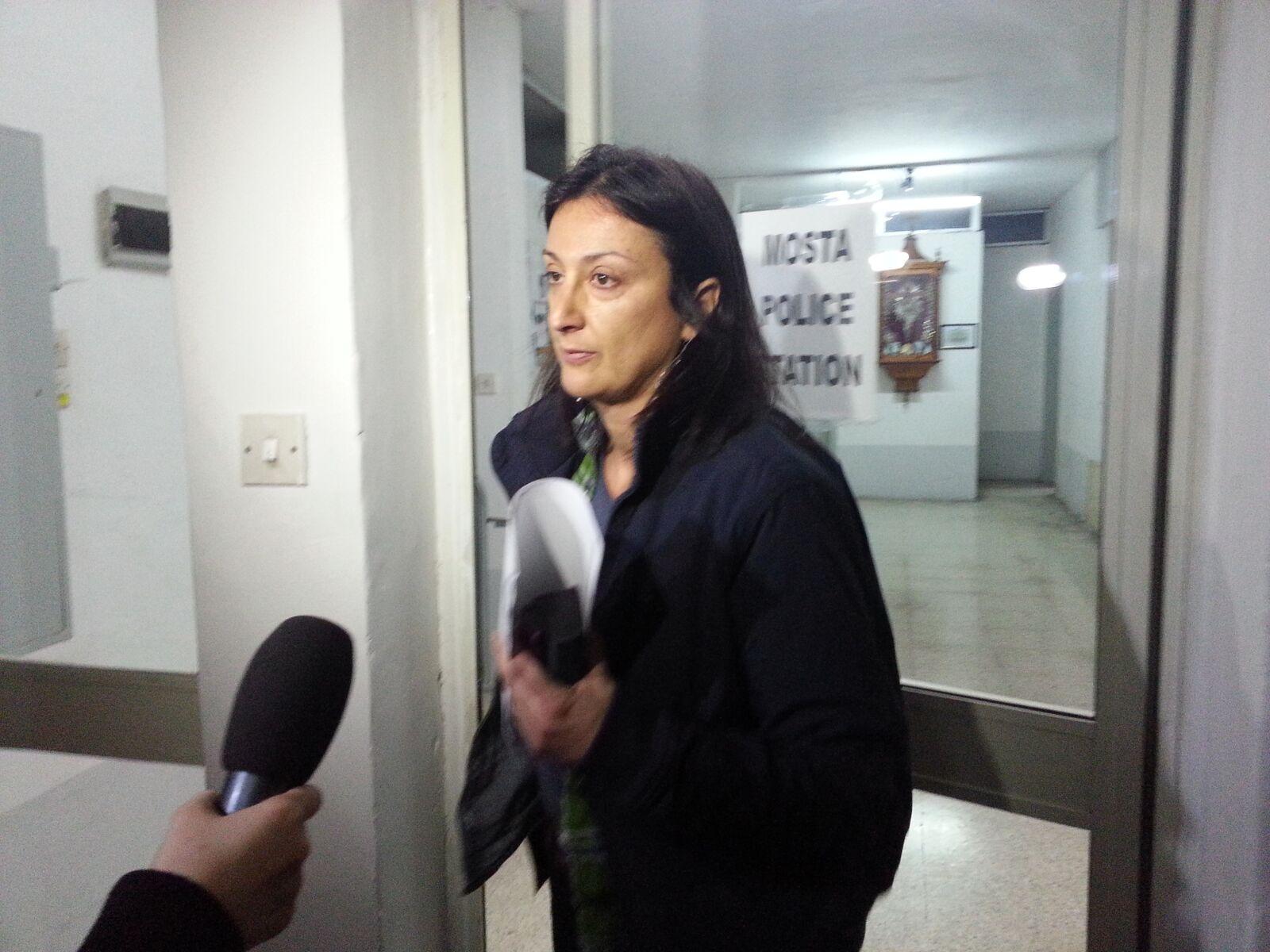 However, none of the potential suspects have been called in for questioning. A third source said this is because there are conflicting views about the strength of the case against the businessman, as some investigators believe the evidence gathered so far is not enough to secure a prosecution.

Investigators are dealing with a complex case to the extent that they have not ruled out the possibility that two masterminds commissioned the murder separately.

Police are also focusing their attention on an intermediary who is thought to have acted as a go-between for the businessman and the three men charged with carrying out the murder.

Documents reviewed by Times of Malta reveal that one of the suspects drew up a last will shortly after Alfred Degiorgio, his brother George, and Vince Muscat were arrested and charged in court with planting the bomb in December 2017.

It is understood that investigators are also looking into a money trail received by the family of the Degiorgio brothers after the two men – whose assets were frozen in a money laundering case – were charged with Ms Caruana Galizia’s murder. 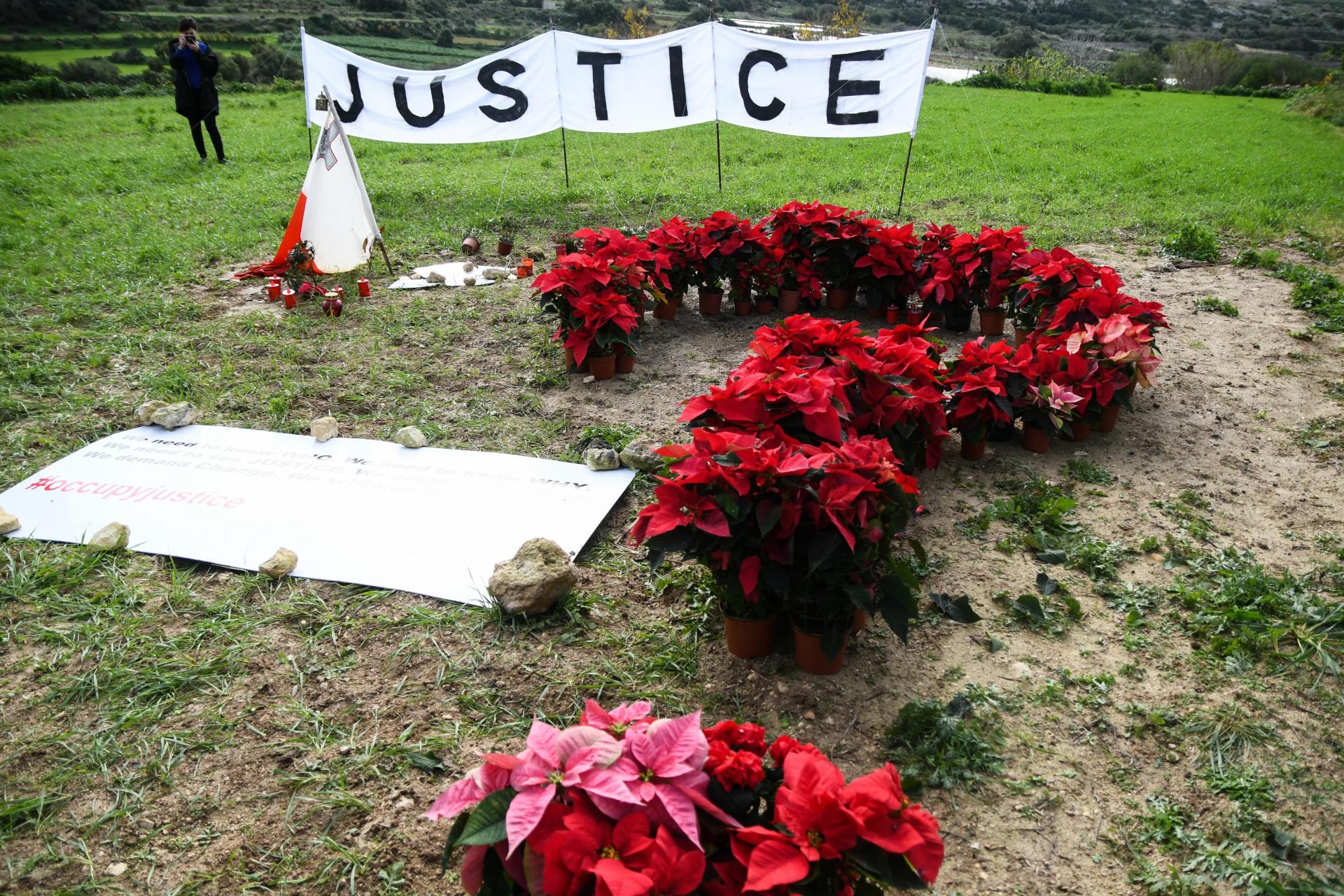 Flowers and a banner bearing the word 'justice' placed by civil society activists in Bidnija close to the site where Ms Caruana Galizia was murdered.

According to sources, the murder was commissioned in early 2017 and was initially postponed, before the final go-ahead to kill the journalist was given in August that year.

With the help of Europol officials who have visited Malta to analyse data related to the murder, Maltese investigators are inching closer to proving the identity of those who procured the bomb which killed the 53-year-old journalist.

Last February, Times of Malta had reported that foreign investigators had questioned the approach of Maltese police to proceed against more suspects, believed to be between three and five men.

As preparations for the eventual trial of the three men suspected of planting the bomb gear up, Arthur Azzopardi, the lawyer of Vince Muscat (il-Koħħu), has drawn up a list of witnesses his client intends to call.

The three men accused of carrying out the assassination are brought to court in December 2017. Video: Matthew Mirabelli

The Maltese authorities have faced scathing criticism from the victim’s family as well as international organisations for failing to make inroads in identifying the masterminds of the crime. The government had offered a €1 million reward to anyone with information leading to the murder suspects.

Following pressure by the Council of Europe, the government last month appointed a board of inquiry to probe whether the murder could have been prevented.

Using mobile phone data and forensic evidence, investigators pinpoint a Żebbuġ garage as the likely place where the bomb was assembled.

A decision is taken to postpone the assassination until after summer.

August 2017
The three men receive the go-ahead to continue with the plot. Three SIM cards with sequential numbers are activated and used to communicate by the three suspects charged with carrying out the bomb plot.

September 2017
Phone data locates one of the three suspects at the Żebbuġ garage. This garage is also frequented by the people believed to have supplied the bomb that killed Ms Caruana Galizia.

October 15, 2017
Mobile phone data suggests that the bomb was picked up from the garage the night before the murder by one of the suspects who was later charged for his involvement in the plot.

According to court testimony and forensic evidence, the bomb was placed under the driver’s seat of Ms Caruana Galizia’s rental car late at night, just outside her home in Bidnija.

October 16, 2017
As Ms Caruana Galizia prepares to leave her secluded home, the three suspects charged with her murder gear up to trigger the bomb. They stand down temporarily when the journalist walks back to her home to pick up a cheque book she had forgotten.

At 2:58pm, an SMS is sent to the GSM device placed under her seat. The device triggers a massive blast that instantly kills the journalist.

Her rental car rolls down the hill just outside her home, stopping in a desolate field.

Reacting to the murder, Prime Minister Joseph Muscat vows to leave no stone unturned. An array of foreign experts, including Europol, are brought in to assist with the case.

December 4, 2017
Ten suspects are rounded up in connection with the murder. The businessman is not among those questioned.

December 5, 2017
Three of the suspects, brothers Alfred and George Degiorgio, together with Vince Muscat, are charged with carrying out the murder. Documents reviewed by Times of Malta show one of the other suspects, yet to be questioned by police, drew up a will a day later.