Chadwick Lakes farmers have been left with no access to their land after a government agency turned a rural road into a footpath as part of a regeneration scheme.

For decades, farmers used the passage to drive agricultural machinery to their fields. But as part of a restoration plan by the Energy and Water Agency (EWA), the rural road has become part of a walkway.

Now the farmers that used it to access their land, must cut across private property.

The farmer whose land is now being used as an alternative to the road, said she has had enough.

“EWA did what they did without consultation. I asked them to come to meetings but they ignored me. They could easily have kept that passage wide, to allow access to vehicles, but they did not,” she said.

“This is going to create huge issues because I don’t want people passing over my land.”

Other farmers, including Andrew Brincat, are outraged at the lack of consultation.

As well as the problem of road access, he claims EWA started building a fenced pathway through his land without notifying him. 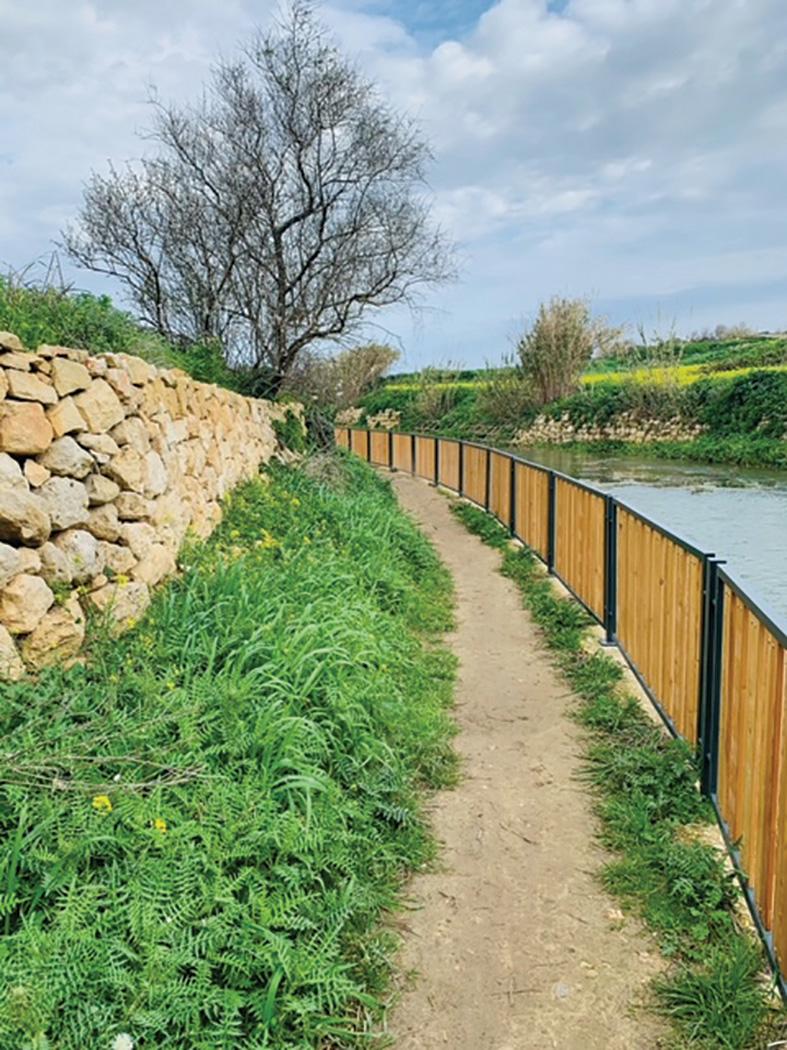 This walkway was a passage which farmers used to access to their land. Photo: Andrew Brincat

“I only got to know about this because my son happened to see them drilling holes. When I asked them to stop the works, they did so and they told me EWA would contact me... but they never did,” he said.

Brincat acknowledges the need for a footpath to divert people from walking along the lake bed, and wanted to discuss with EWA to propose formalising a pathway along the border of his land.

But he says he has been ignored and that the work has been left half finished, with a fence starting at one end of his property and continuing at the other side, encouraging people to walk over his land.

He has erected a sign warning walkers they are being encouraged to trespass on his land.

“The state should stop its bullying tactics and avail itself of due process of law to legitimise its position without vindictiveness and with proper property safeguards,” the sign reads.

Brincat also accused EWA of leaving fallen rubble walls in a state of disrepair even though they were meant to be fixed as part of the project. He said in one case a pathway has been built over the fallen stones.

Vince Attard, CEO of Nature Trust Malta, which manages the Chadwick Lakes area, said the use of land and consultation fell under EWA’s remit.

He explained NTM had asked EWA to investigate the issues raised by farmers.