A charity is helping struggling single mothers and other women not to abandon their education and move towards a career change after suffering domestic abuse.

Among them is Joanna Jibiri, 40, whose life changed for the better with the donation by Fidem Charity Foundation of a simple laptop both she and her daughter are now using as they study for their O levels, helping each other through the process.

It was a first step to pulling herself out of a rut and embarking on a new career path when the successful hairdresser developed epilepsy through the stress of enduring and leaving an abusive husband.

Epilepsy caused Jibiri to lose the strength in her hands, so she could no longer work as a hairdresser. Instead, she attempted to work in catering but the unsociable hours were difficult, being a single mother, and she had to rely on help from a foodbank throughout the COVID-19 lockdown.

Jibiri is currently following the GEM16+ education programme, which prepares adults for O levels, so she can build on the six she already has and go to university to study law.

On its second anniversary last month, Fidem, which has been providing access-to-education support since it was founded, formalised and launched its Educate to Empower Programme, a long-term key focus, putting out a call for participants.

It hopes to reach out to even more potential candidates next time round in December.

Meanwhile, it has also helped a 35-year-old single mother of five, who emerged from a marriage severely scarred by domestic violence and had to switch to survival mode, by funding her early years education course and easing the financial burden through a life-changing opportunity.

“Education is the only thing nobody can ever take away from you,” the woman, who preferred to remain anonymous due to her past, said.

An 18-year-old girl from a single-parent family with five siblings, also victims of domestic violence, had to drop out of school due to ill health and worked since she was 14, cutting bread in a bakery from 5am to help out.

She now intends to do her A levels and go on to become a lawyer and practise family law, Fidem founder Sabine Agius Cabourdin said.

“She is a determined and inspirational young lady and Fidem, together with an anonymous benefactor who came across her story on Facebook, will be providing her with schoolbooks, a laptop and other educational material,” she added. 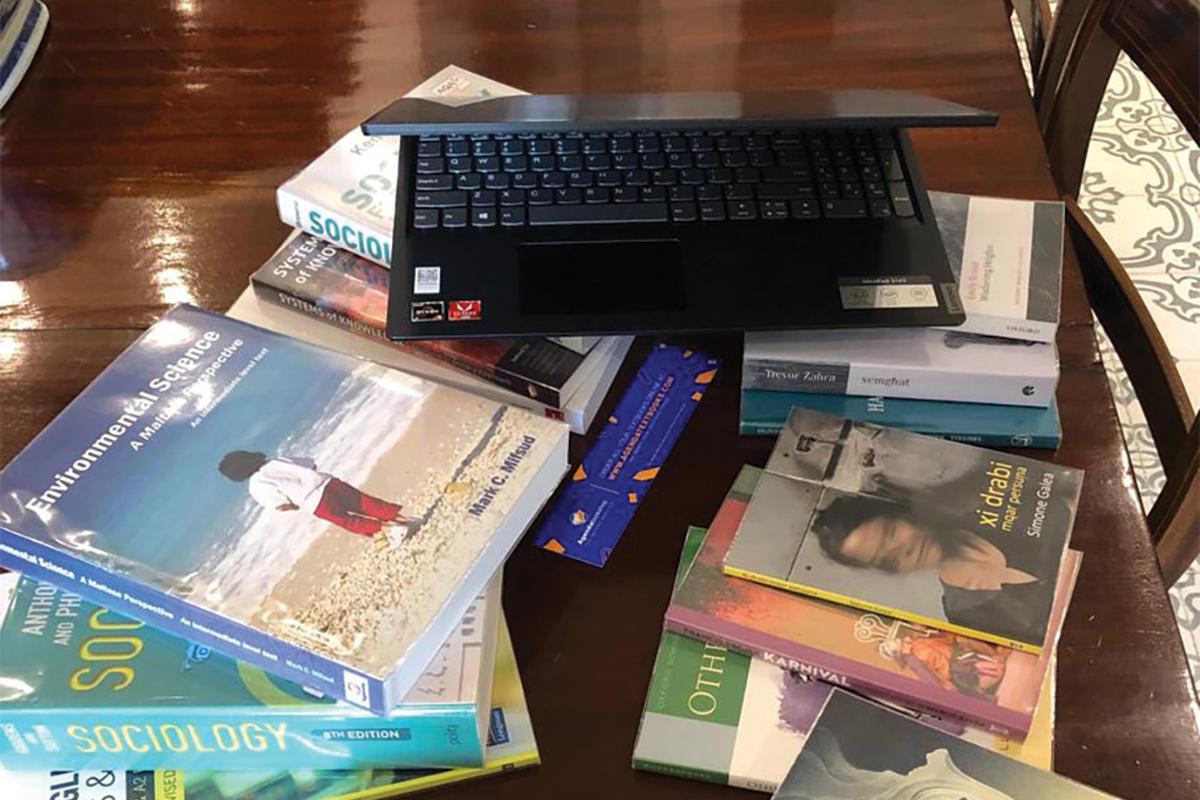 At present, cleaners are moving on to becoming certified carers for the elderly and jobless women without a stable home, due to COVID-19, are learning to become make-up artists, thanks to grants for courses that will enable them to improve their work and fend for their families.

Fidem also offers them mentoring in their darkest moments in a holistic approach that continues until they “get wings and fly”, Agius Cabourdin, a  lawyer and philanthropist, said.

“Passionate about the transformative power of education, our goal is to empower vulnerable people with the tools they need to increase their confidence and prioritise their independence. Our guiding principles are empathy and compassion,” she said.

“The charity has grown to become a source of hope and opportunity particularly for women and children across Malta.”

Fidem’s work started by establishing long-term partnerships with domestic violence shelters and children’s homes, followed by workshops focused on therapeutic arts and crafts, as well as skills building, for the women and children based there.

Since the pandemic, the workshops have moved onto Fidem’s online well-being platform, We Connect, which provides guidance and access to enriching educational, arts and cultural experiences.

“It is a positive safe space for people to come together as a community to prioritise their well-being and find happiness,” Agius Cabourdin explained.

To help tackle loneliness and mental health issues so prevalent in modern society, and exacerbated by COVID-19 and the lockdown, We Connect was born in May while a well-being phone helpline – Hear to Help – also dealt with crippling loneliness, severe anxiety and debilitating flare-ups of OCD symptoms.

During the lockdown, Fidem also provided computer equipment to shelters and children’s homes so children could keep up with their education and their mothers could stay connected.