In a letter to Dr Delia on Friday, Mr Puli said it had been an honour to serve in the role but said that throughout his time as general secretary he had to contend with people who wanted him to fail.

“I did not expect any help but I also did not expect that, with ever step forward I made, there would be someone tripping me up and kicking me at the ankles so that afterwards they would accuse me of not running fast enough,” he said.

"Selective and continuous" leaks from party MPs who had refused to accept Dr Delia as party leader had proven disruptive, he added.

He noted that his original term had come to an end in November 2019 but had been extended to March.

However, "for the sake of the party" he said it was now time for him to focus on the electoral district he represented.

Mr Puli had been elected to the post in November 2017 after running uncontested. Last October, he intended to seek reelection for the post.

He has been an MP for the sixth electoral district since 2003 and also served as a parliamentary secretary for youth and sport between 2008 and 2013. 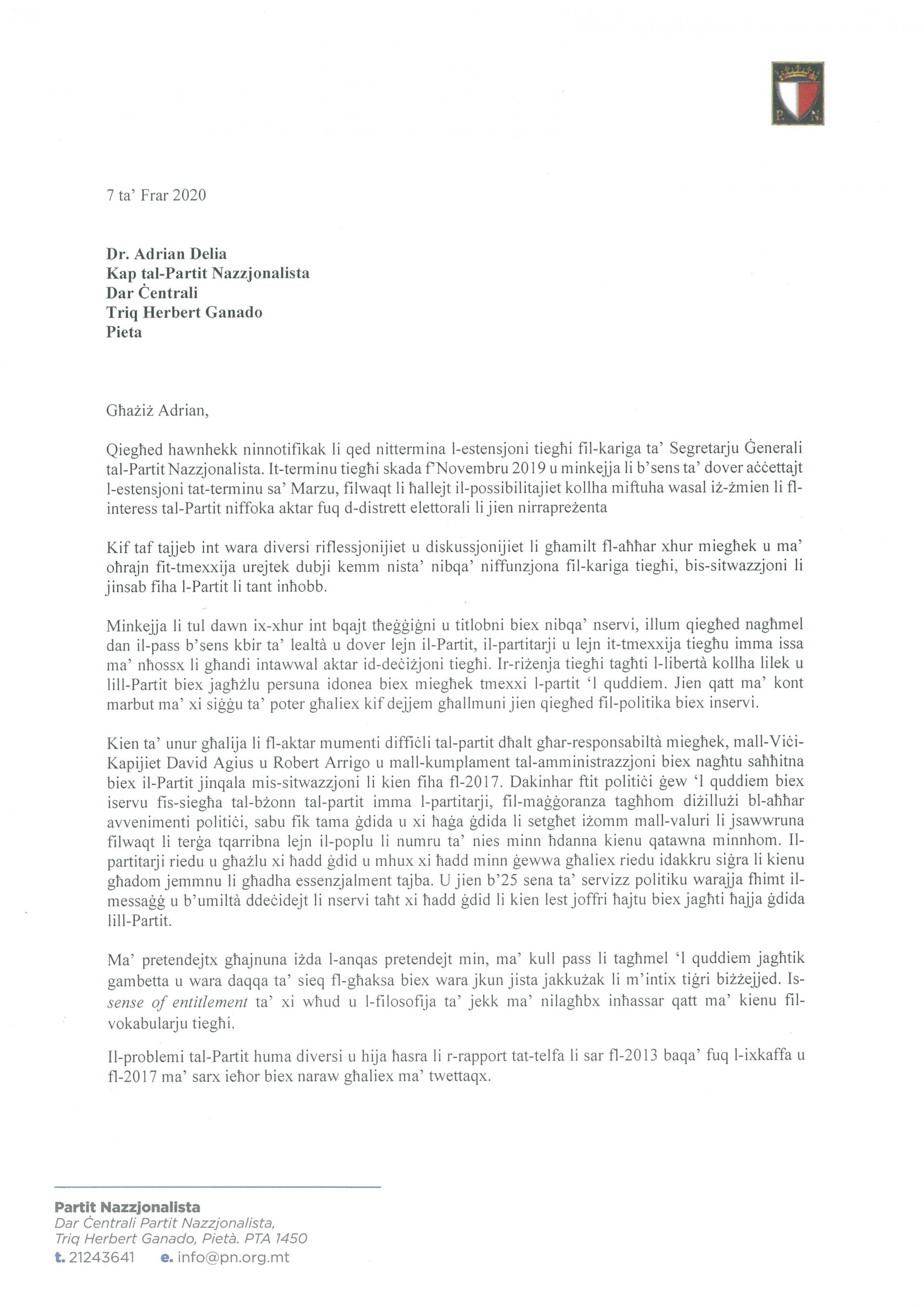 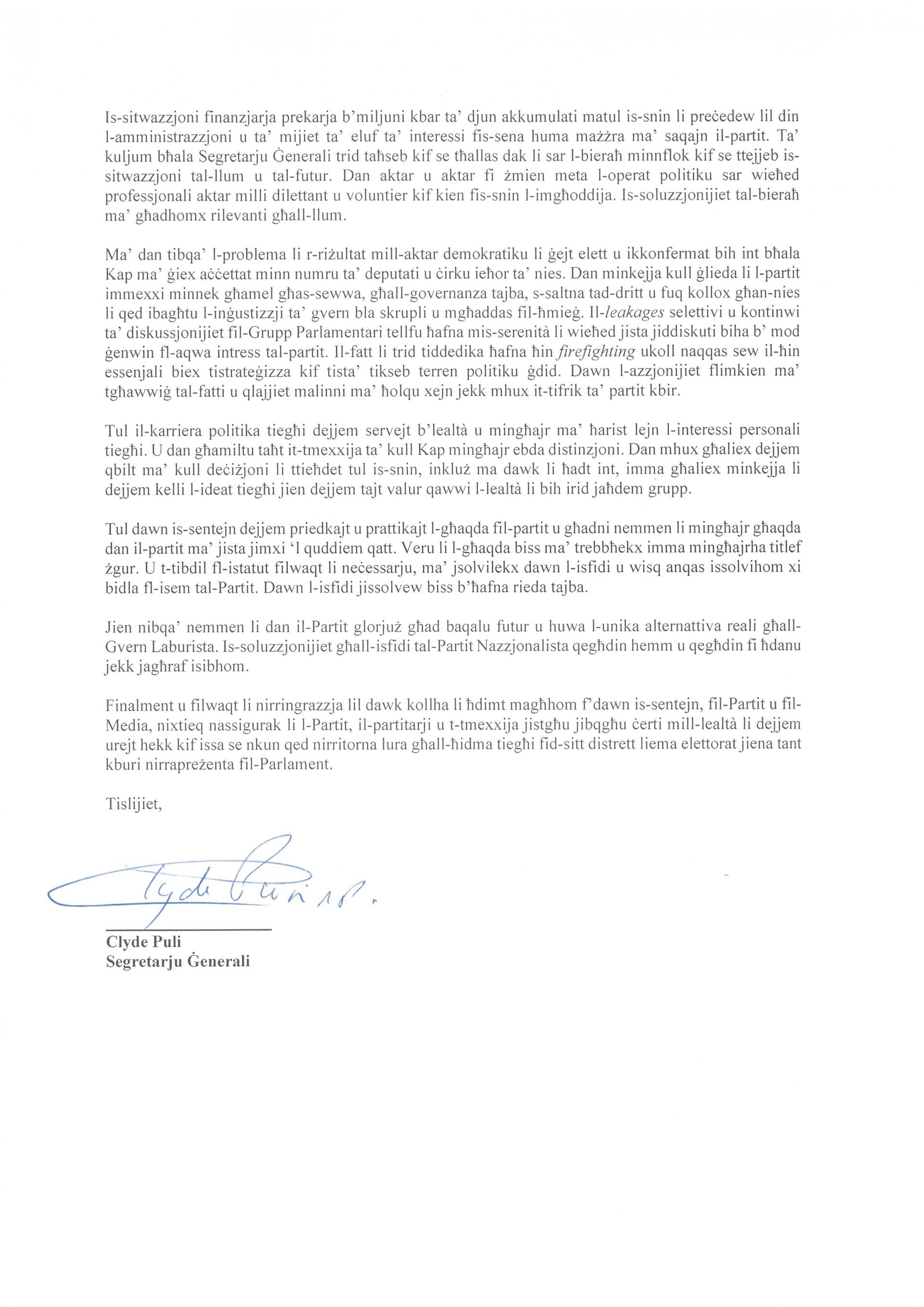 Mr Puli's departure is the third resignation involving a senior PN official in just over a day, as pressure grows on Dr Delia to quit.

Kristy Debono resigned from her post as president of the Nationalist Party General Council on Thursday, a few hours after Deputy Leader Robert Arrigo had done the same.

Their resignations came in the wake of the majority of the Nationalist Parliamentary group members calling on party leader Dr Delia to consider his position in the wake of his dismal showing in a recent survey.

In a statement, the MPs described as "incorrect" Dr Delia’s remarks at the end of Wednesday night’s group meeting when he insisted he still enjoyed the confidence of his own MPs.

Dr Delia has since repeatedly dismissed the call saying he would not be stepping down, insisting this would be a betrayal to those who believed the PN should return to the people.

In a two-page resignation letter, Mr Puli said that in recent months he had voiced his doubts over whether he could continue to work in his role, given the state of the party he “so dearly loved”.

“Despite begging and encouraging me to continue serving in recent months, today I am taking this step with a great sense of loyalty and duty towards the party, its members and the leadership because I do not feel I can prolong my decision any further,” Mr Puli said.

He said it was an honour to have worked alongside Dr Delia as well as deputy leaders David Aguis and Robert Arrigo as well as others in the party’s administration. 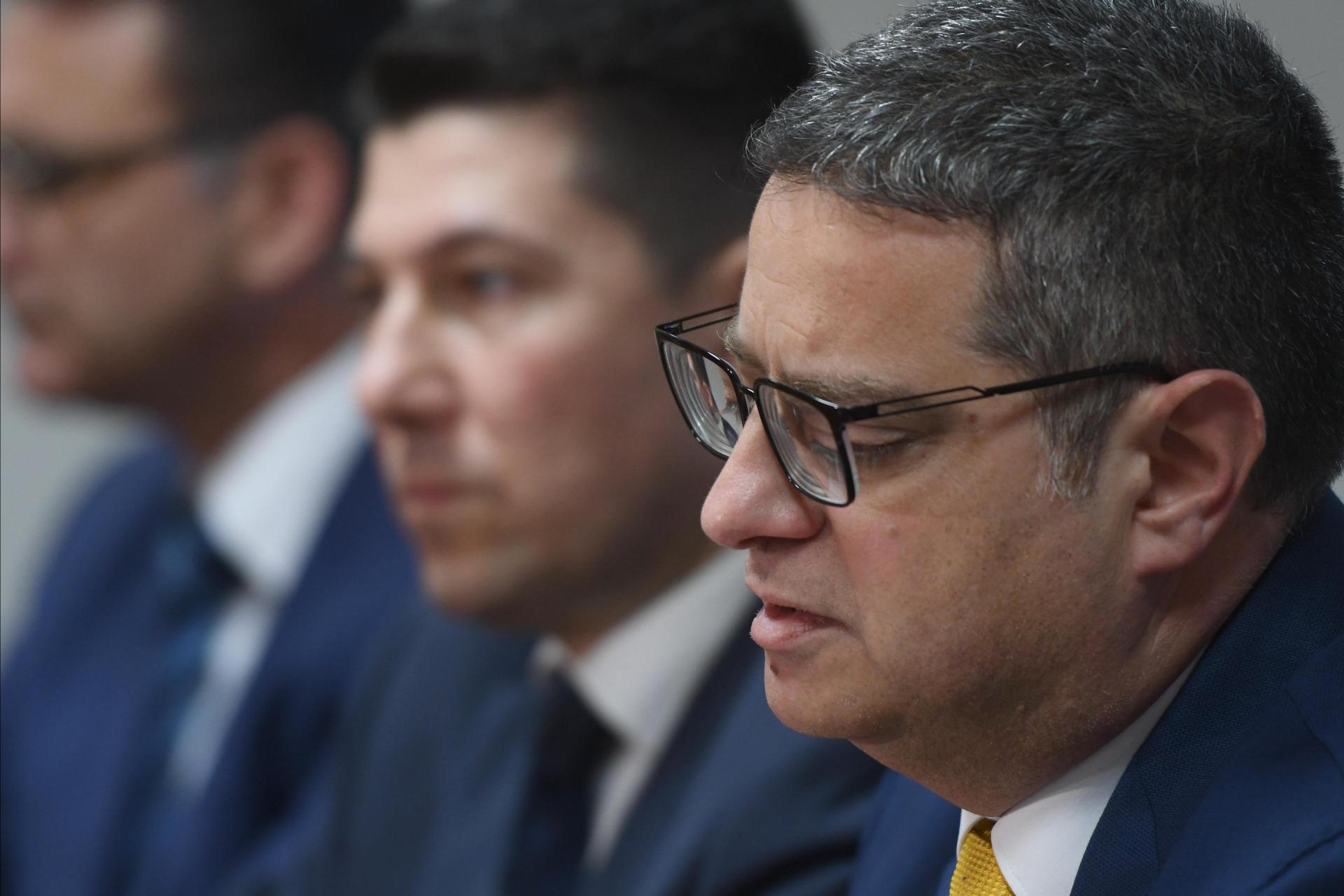 He said that, with 25 years’ experience in politics, he had understood the message Dr Delia was putting forward and had decided to serve under “someone new” who was willing to give his all to give a new lease on life to the party.

“I did not expect any help but I also did not expect that, with ever step forward I made, there would be someone tripping me up and kicking me at the ankles so that afterwards they would accuse me of not running fast enough,” he said.

‘The party has many problems’

In the letter, Mr Puli acknowledged that the PN faced many problems but said that a report analysing the party's 2013 general election defeat had been left to gather "dust on a shelf" and that a similar one was not published following the party's 2017 electoral loss.

"The precarious financial situation with millions of euros in dept that accumulated over the years as well as the hundreds of thousands in interest are weighing the party down," he said. 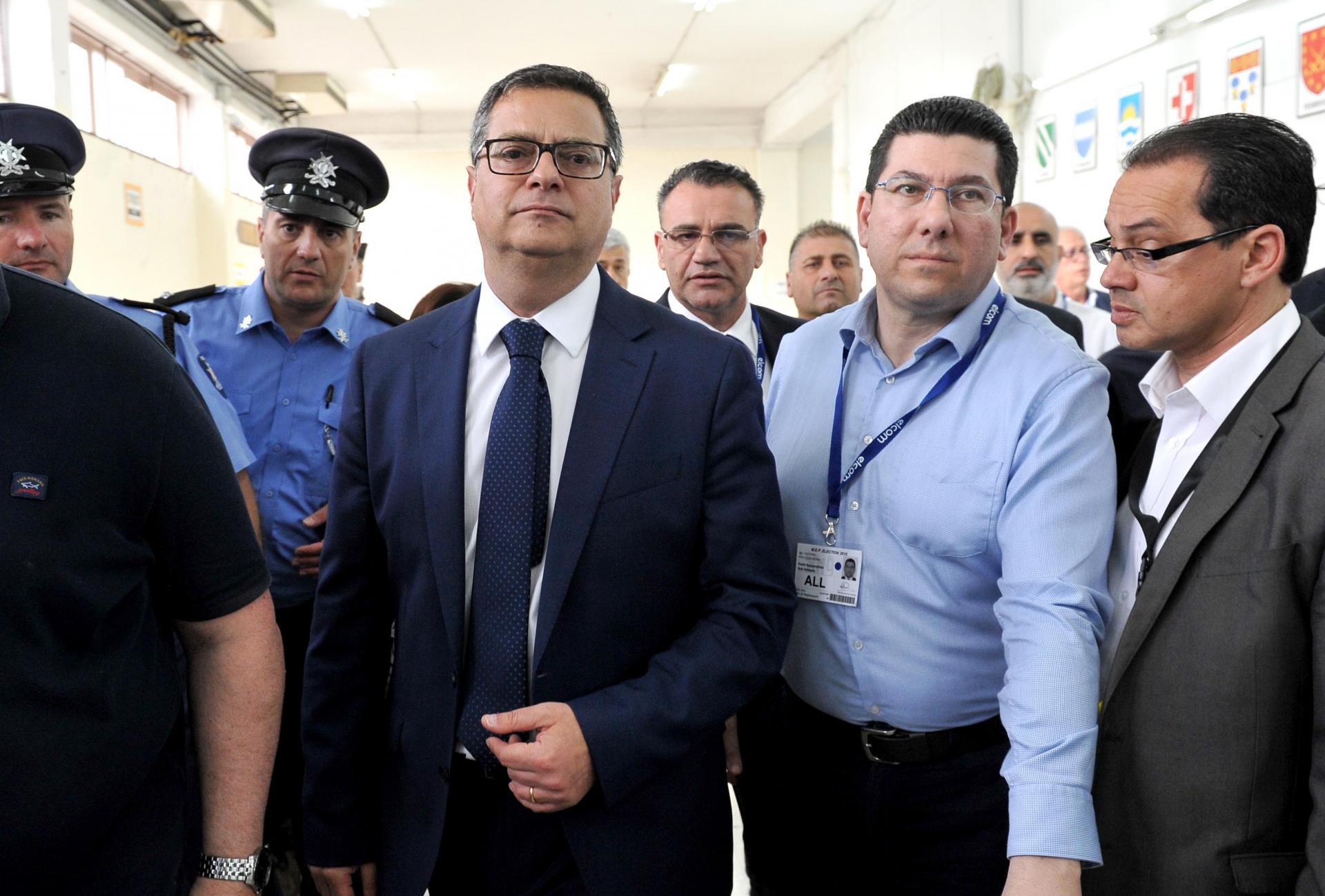 "Every day, as general secretary you must figure out how to pay for what happened yesterday instead of focusing on how to improve the situation of today and tomorrow".

Mr Puli went on to point his finger at unnamed party MPs which he said had never accepted Dr Delia as their leader, despite his efforts "to fight for good governance, the rule of law and social injustice."

“Selective and continuous leaks of discussions within the parliamentary group" were disruptive and meant a lot of time was dedicated to "firefighting", he said.

Such actions, coupled with “malicious attacks” and twisting of facts, did nothing but continue to destroy the party, he said.