President Emeritus Marie Louise Coleiro Preca has raised concerns on plans to expand the Mrieħel bypass with a flyover, saying that Infrastructure Malta should address questions on how the project will impact the area and the town of Qormi in particular.

A lifelong Qormi resident, Coleiro Preca said on Facebook that the locality, historically prone to flooding, needed reassurances that the project would not put it at risk of major flooding events, and expressed concern that residents would be exposed to further traffic and noise pollution, as arable land gives way to further industrialisation.

“Is the rape that Qormi suffered throughout the past 50 years going to continue?” she asked.

“Are residents going to continue being robbed of open spaces, arable farm land and clean air? Is Qormi going to be once again put at risk of flooding? Is the destruction of cultural heritage going to continue?”

She noted that Qormi was already surrounded by seven industrial areas while hosting around 40 per cent of the island’s commercial warehousing, exposing residents to air pollution from traffic and commercial vehicles as well as the the noise generated by the loading and unloading of cargo at all hours of the day.

“Is it possible that Infrastructure Malta is not conscious that Qormi became a centre for overdevelopment at the cost of the loss of agricultural land, the loss of income for farmers and the rape of irreplaceable national heritage?

"Could they not know that there is no ‘green belt’ left between Qormi and it’s surrounding localities and what were once valleys have been developed into residential roads?”

Speaking to Times of Malta, Coleiro Preca said that, having lived in the town all her life and having served as its parliamentary representative, she knew well what "Qormi is all about".

“This is a traditionally rural area. No one is against progress but there needs to be a plan that benefits the people. It cannot be progress if it is at the expense of people’s health and the environment," she said. 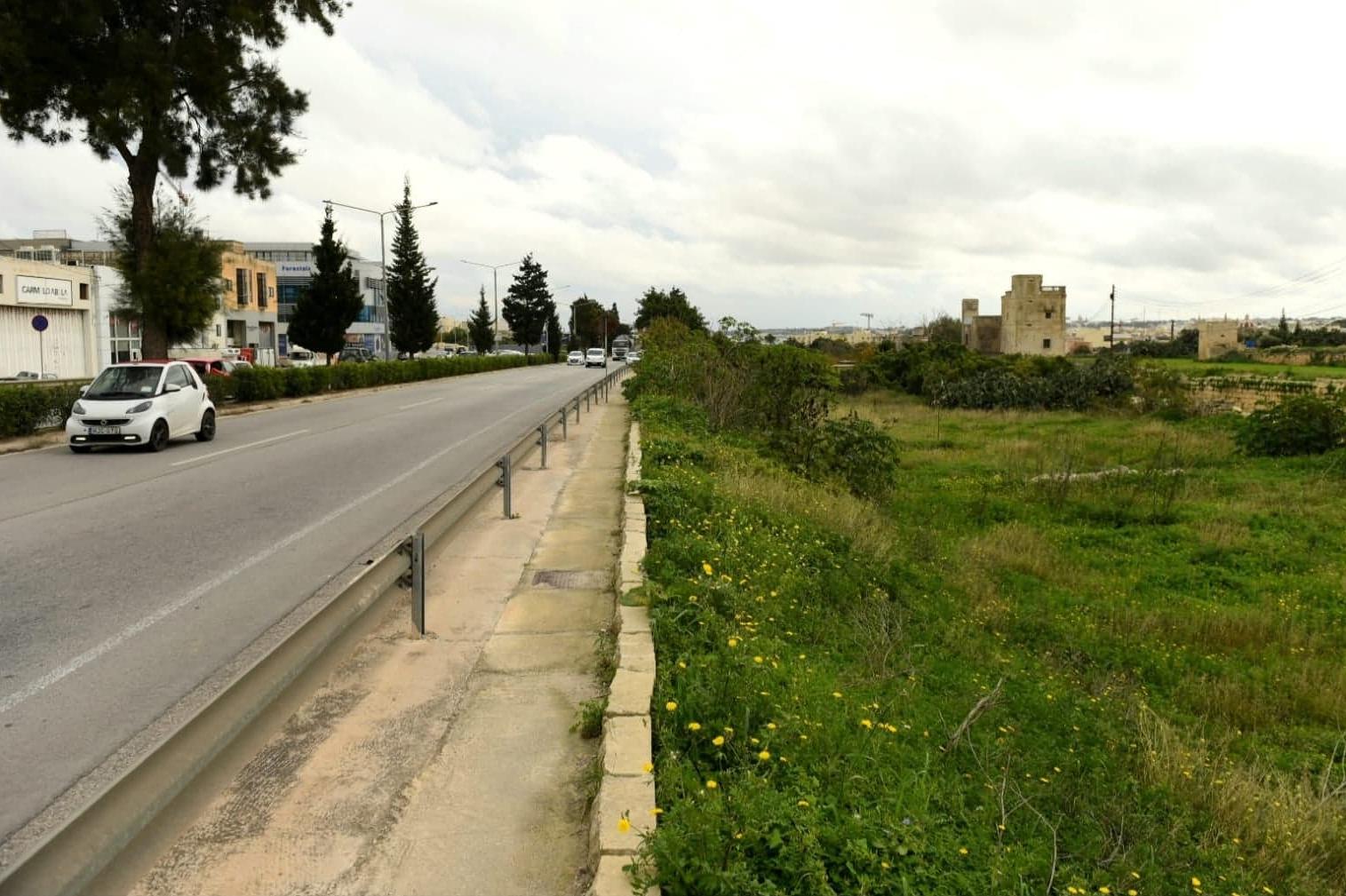 Campaigners say vast amounts of arable land will be taken up for the new project. Photo: Chris Sant Fournier.

Among her concerns, Coleiro Preca said it had to be made clear whether the bypass expansion would impact the €55 million rainwater relief project that was completed in 2015.

“We have seen the devastation of flooding first-hand multiple times. When my father was a teacher, a nine year-old boy had lost his life to the flood. In 2003, a massive storm tore through the village and did untold structural damage to so many homes, leaving some residents with just the clothes on their backs,” she said.

“We need to know whether this project is being carried out in isolation or is part of something wider.”

On Saturday, Movement Graffiti said the project was ‘shrouded in secrecy’ and was moving ahead with little public oversight and consultation, while farmers recounted the devastation the project would have on their livelihoods.

Infrastructure Malta says plans for the project are still in initial stages and that stakeholders are still being consulted before a final plan is presented to the Planning Authority.

The flyover would allow westbound traffic to enter Mrieħel without having to cross eastbound lanes of the bypass, as is currently the case, the agency said.

Infrastructure Malta said the junction is an accident black spot and that increasing the bypass' safety was a policy objective included in both Malta's 2025 transport master plan and the 2006 Central Malta local plan, adding that additional land would be needed to build the flyover and add cycling and pedestrian lanes along the bypass.

Coleiro Preca added that while she understood the need for increased safety, having had a close family member involved in an accident on the very same site, the uptake of land being asked for did not appear to track with what is being proposed.

“My own brother almost died in that spot about a year ago. I’m aware of the situation. But a flyover, other than the pillars needed to support it, does not require that much land mass if it is mostly suspended,” she said.

“Are we sure that 20 tumoli of land that is still being worked by farmers earning their daily bread is absolutely required for this project?”

In her Facebook post, Coleira Preca called on Infrastructure Malta to practice transparency and share any impact assessment studies carried out in the area, consult the local council and call a public meeting with residents.

Additionally she said risks that could threaten agricultural land, water wells and the topography needed to be identified.