Plans to expand the Mrieħel bypass with a new flyover are being quietly moved forward by Infrastructure Malta, Moviment Graffitti said on Saturday, in what it described as the roads agency's "standard way of operating."

The proposed expansion will take up more than three football pitches' worth of agricultural land – 20 tumoli - which is outside the development zone and "forever destroy farming in the area", Graffitti warned.

It will also require authorities to destroy a €1 million pedestrian footbridge built and installed above the bypass just two years ago, according to plans which the NGO showed Times of Malta.

Plans for the new road are currently unavailable on the Planning Authority's website, Graffitti said.

Reacting, Infrastructure Malta confirmed that it planned to build a flyover in the area and said this was needed for safety reasons (see below).

Speaking on Saturday together with farmers and local residents, the activists said that the project would end up destroying a huge water reservoir, uproot olive and pomegranate trees which were hundreds of years old, and deprive residents of a safe way of crossing from Mrieħel to Qormi.

"Infrastructure Malta wants to destroy not only the farming land which has been passed down from generations but also the last green lung in Qormi," said farmer Carmel Bonello.

Bonello said he had found a notification “saying that Infrastructure Malta have plans to upgrade this area, without giving any further details” on his land, without warning.

He said he learnt that those plans involved enlarging the Mrieħel bypass after he went to speak to Infrastructure Malta CEO Fredrick Azzopardi.

His niece Mariana said Azzopardi “told us that we have enjoyed this land for long enough.”

“My question is, Azzopardi have you enjoyed the last green lung here enough? Have our children, who might grow up in a world with no trees, enjoyed this land enough?" she asked on Saturday.

Residents who oppose the project argue that the planned project was of limited use.

"There is nothing to be gained in terms of traffic flow since this flyover will create a new bottleneck closer to the roundabout leading to Qormi, and we suspect that this project is being carried out to service the commercial developments in Mrieħel," a group of residents said. 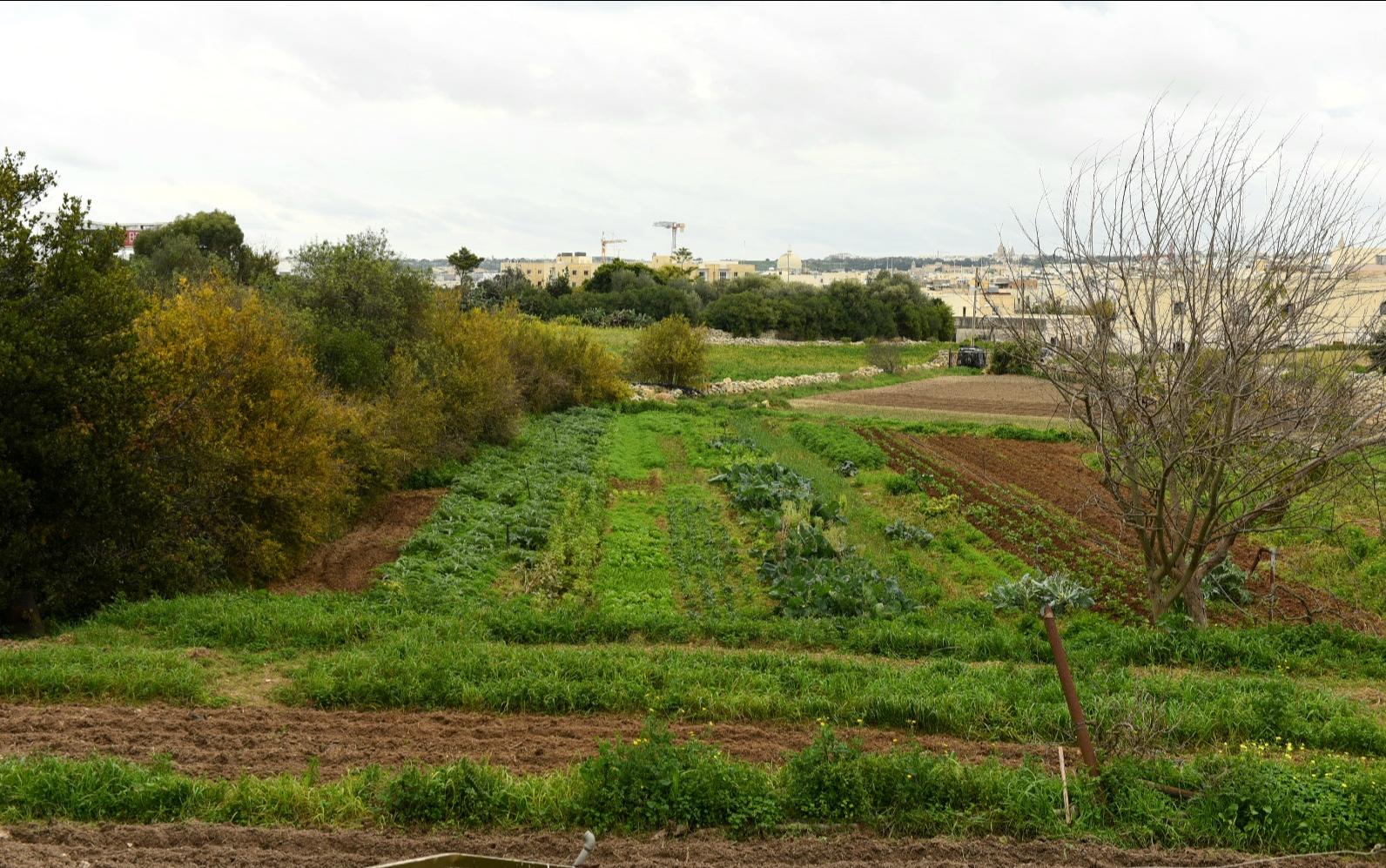 More than three football pitches worth of ODZ land could be gobbled up by the project, Graffitti say. Photo: Chris Sant Fournier

They say removing the footbridge will further hamper pedestrian accessibility. The footbridge, proposed by then-MP Marie Louise Coleiro Preca, was intended to reduce fatal accidents on the busy road.

Moviment Graffitti spokesperson Wayne Flask described Infrastructure Malta as "arrogant" and "bullying" for the way with which it was going about the project.

The agency's boss, Azzopardi, was "engineering a systematic campaign against farmers," Flask said, adding “the government continues to steal from us with no shame or remorse.”

The agency confirmed that it planned to build a flyover in the area but said the plan was still in its initial stages.

The flyover would allow westbound traffic to enter Mrieħel without having to cross eastbound lanes of the bypass, as is currently the case. Infrastructure Malta said the junction is an accident black spot and that increasing the bypass' safety was a policy objective included in both Malta's 2025 transport master plan and the 2006 Central Malta local plan.

Additional land would be needed to build the flyover and add cycling and pedestrian lanes along the bypass, it said, and stakeholders were being consulted before a final plan was presented to the Planning Authority.

The pedestrian footbridge installed in 2018 would be removed, an agency spokesperson confirmed, and would be replaced by a standard pelican crossing at street level.

In a statement, the Nationalist Party expressed its solidarity with the farmers impacted by the project and condemned the government for failing to consult them.

It said Infrastructure Malta had repeatedly planned road projects without any consultation, and insisted residents and local councils could not continue to be ignored.