The coronavirus has not yet spread to Malta, but misinformation about it certainly has.

Facebook pages and private WhatsApp groups have been rife with fake news over the last few days as concerns about COVID-19 rise.

The authorities have blamed social media for causing panic across the country as mocked-up media reports claim the first case.

Here are some of the fakes being shared - and how to spot them. 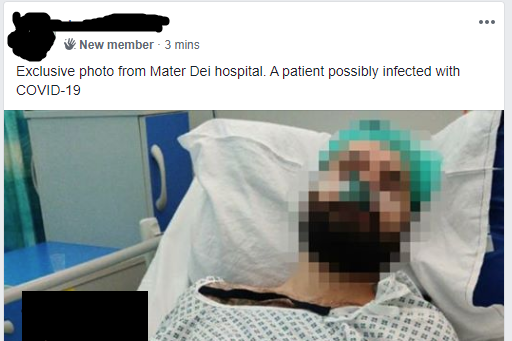 There are no known cases of coronavirus in Malta but people have been sharing fake images of patients at Mater Dei. Photo: Facebook

Facebook groups have sprung up as people try to educate themselves about the coronavirus.

While one of these groups allows its over 26,000 members to post news reports about the spread of the virus, several rumours and fake news have also found their way on to its pages.

One of these posts initially suggested that two people in Malta had the virus, one of them being in Sliema. The commenter later wrote that the news had been fake.

Another poster showed a photo claiming to show a patient in Mater Dei being treated for the illness.

The health authorities have said there are no known cases of the disease.

How to spot the fake: Ask yourself whether the source is reliable and if the account posting the information is genuine or has a history of spoof posts. 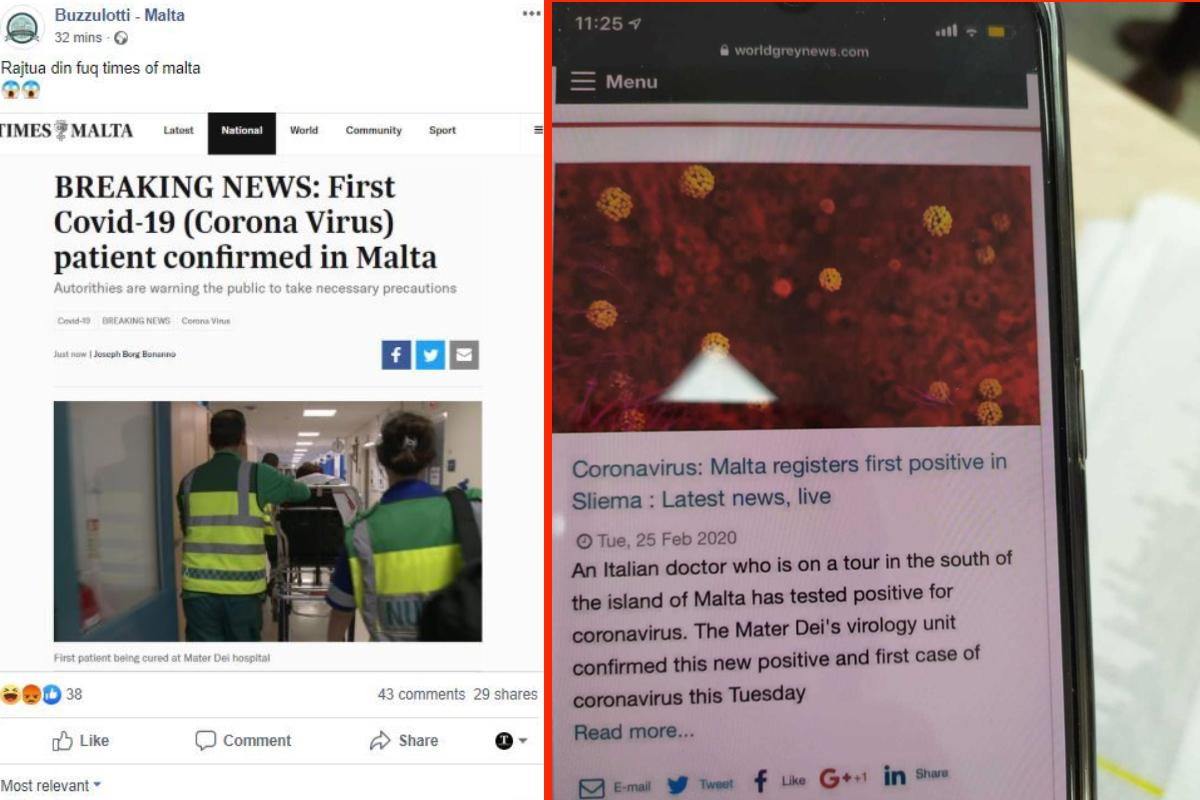 Fake news reports claiming to be from reputable sources about coronavirus. Photo: Facebook

Several fake news stories, mocked up to look like genuine reports, have been circulating on social media.

They share the same fabricated story of the first case of the virus in the country, sparking panic.

Some of them can be quite convincing, such as a fake report claiming Malta’s first case of coronavirus was discovered in Sliema and was found on an unnamed Italian doctor.

A mocked-up Times of Malta article was also being shared. Often social media users are quick to spot a fake news story, and the photoshopped Times of Malta report was removed after an outcry.

How to spot the fake: Go straight to the source. Times of Malta will report any major updates on the coronavirus on its website. 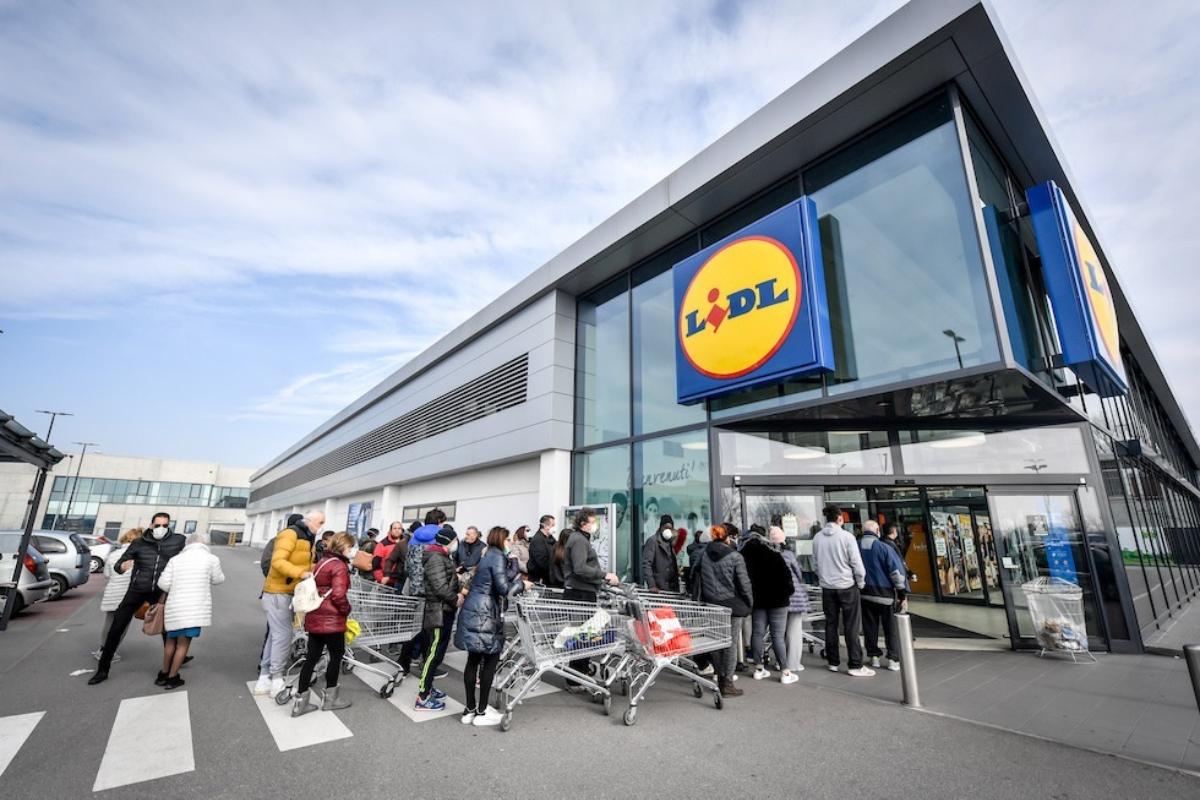 This photo being shared on WhatsApp groups about panic buying in Malta is actually from Italy.

The concerns about coronavirus have led to panic buying in some shops in Malta, as Times of Malta reported, after visiting a shop in Mosta.

It can be difficult to verify these images or their original source, given the anonymous nature of WhatsApp groups.

One such image, posted on groups before the panic buying had actually started, purported to show a Lidl store with people queuing outside wearing masks.

While the storefront looks strikingly similar to one of the local branches, the building in the background was not the same and the sign in the window was in Italian.

A reverse image search confirmed that the photo shows a Lidl store in Casalpusterlengo, northern Italy.

How to spot the fake: Run a reverse Google image search to see if a photo appears elsewhere online. Also closely inspect the image to see if there are any signs it is not genuine or edited, such as incorrect reflections or edges of objects or people which just don't match. Treat an image with caution if you don't know who took it. 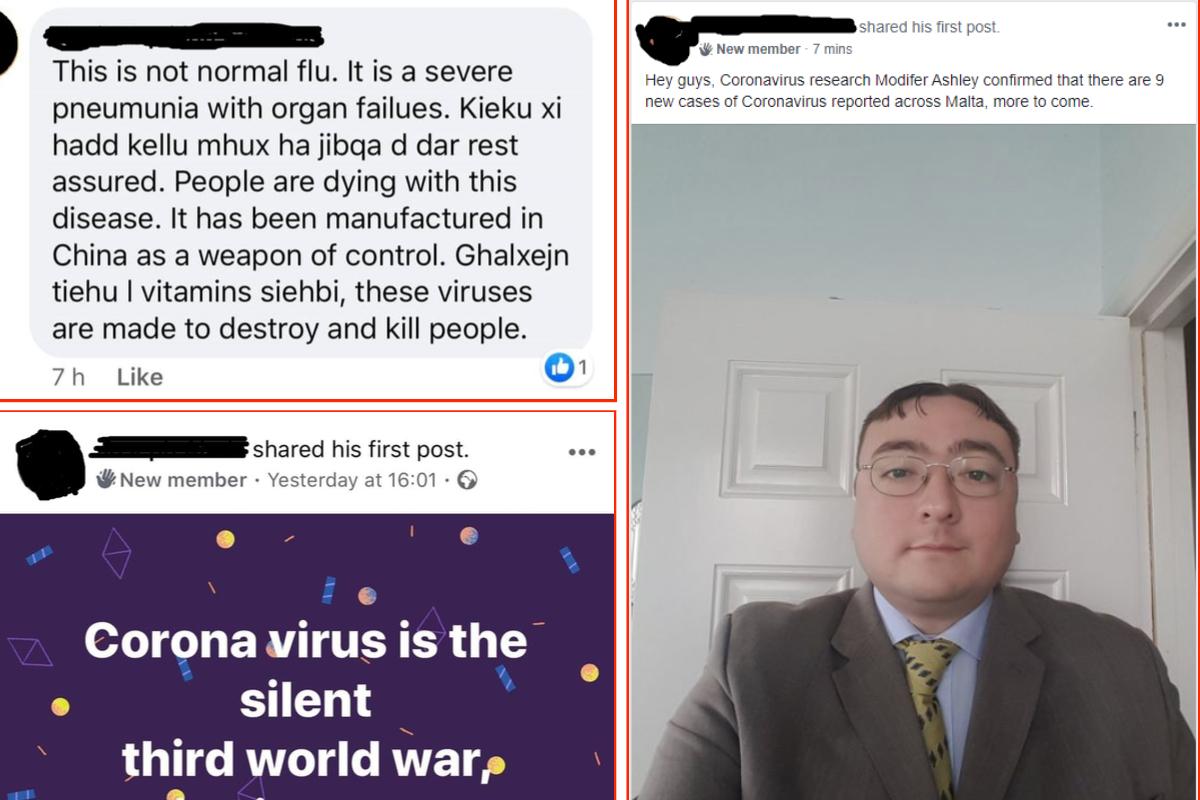 While the actual spread of the coronavirus has increased at such a fast pace, so too has the amount of misinformation which had blurred the accurate guidance given out by health authorities.

Some posters have gone on to exaggerate the virus, suggesting there is an ulterior motive, “as a weapon of control” or, the carrying out of “the silent third world war”.

Others have also claimed, without any evidence, that the Chinese government is behind the virus.

The World Health Organisation has referred to these and other claims as an “infodemic” and has appealed to technology companies, such as Facebook, to rethink how they address the spread of misinformation.

How to spot the fake: Only trust reliable news sources and remember that not everything posted on social media is factual or well-intentioned. Times of Malta has put together answers to some of the most common questions being asked about the virus.