Supermarkets saw double the average day of sales after shoppers worried about the threat of the coronavirus spreading to Malta resorted to panic buying.

On Tuesday shoppers cleared shelves of essentials like toilet paper, milk and canned food in stores with pockets of apparent hysteria in Naxxar, Mosta and Mellieħa.

One of their outlets, Naxxar, saw four times the usual sales in a single day while sales were up by 75 per cent in Mellieħa.

Pavi supermarket in Qormi and Pama in Mosta said their sales also increased and that they were confident they could handle the demand. There were also queues at cut-price Lidl outlets. 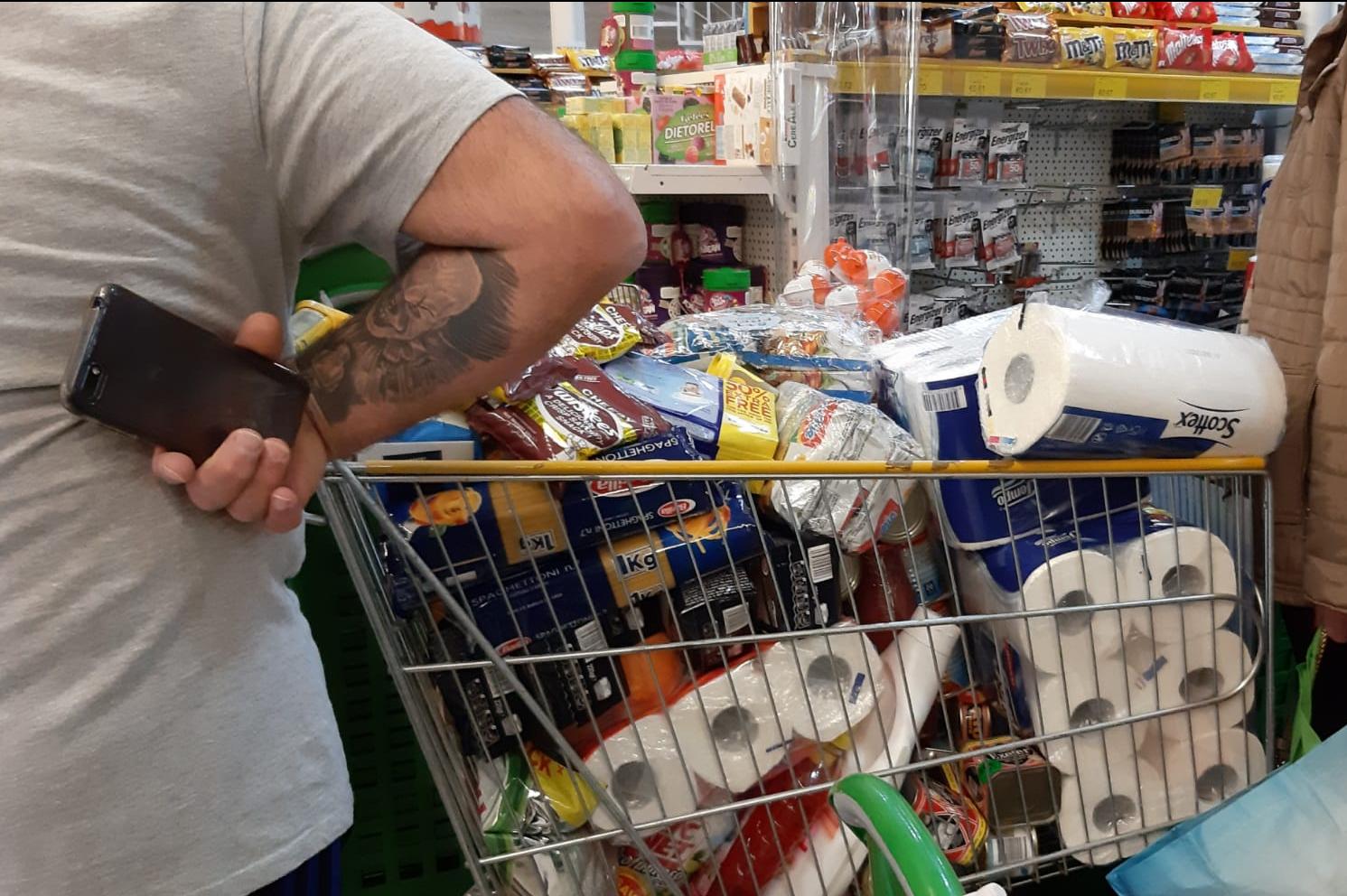 Shoppers continued to stock up on essentials such as toilet paper on Tuesday. Photo: Chris Sant Fournier

Mr Borg said he is confident he can meet the increased demand, as long as importation in unaffected.

“The only problem would be if importation stops or slows down,” he said pointing to the Freeport when work came to a standstill.

“In this case the problem was solved quickly, but there could be others,” he added.

Operations at the Freeport had been suspended on Monday after port workers expressed concern that those coming from Italy were not being subjected to proper screening.

The Malta Dockers Union had demanded that doctors go on board, but the Medical Association of Malta refused, saying this went well beyond what international guidelines recommended.

Dockers returned to work on Tuesday evening as the Malta Freeport agreed to having each vessel screened by privately-contracted medics in order to clear them, President of the Malta Dockers Union, Ryan Fava told Times of Malta.

“We are trying to adopt the same system in other terminals,” he said.

“What we are saying is prevention is better than cure and we hope this screening will safeguard our workers and essentially the nation.”