A makeshift memorial of assassinated journalist Daphne Caruana Galizia in Valletta was cleared again on Thursday night, just over 24 hours after hundreds placed flowers, candles, messages and photographs to mark the second anniversary of her murder.

Eyewitnesses said candles, photos of Ms Caruana Galizia as well as handwritten messages placed at the Great Siege Memorial opposite the law courts were dumped at around 1am.

By 10am, new candles and flowers to honour the journalist's memory had been placed at the site, continuing a tussle between activists and authorities that has been ongoing for almost two years.

Activists gather at the site on the 16th of every month to remember Ms Caruana Galizia, renew calls for the people responsible for the October 2017 murder to be brought to justice and insist on a public inquiry into the circumstances leading to her murder.

Candles, flowers and other items left at the site to honour Ms Caruana Galizia’s memory are regularly swept away by government employees, only for activists to place new ones within hours of their removal.

Culture Minister Owen Bonnici has in the past argued that having the memorial swept away after each commemoration is justified. 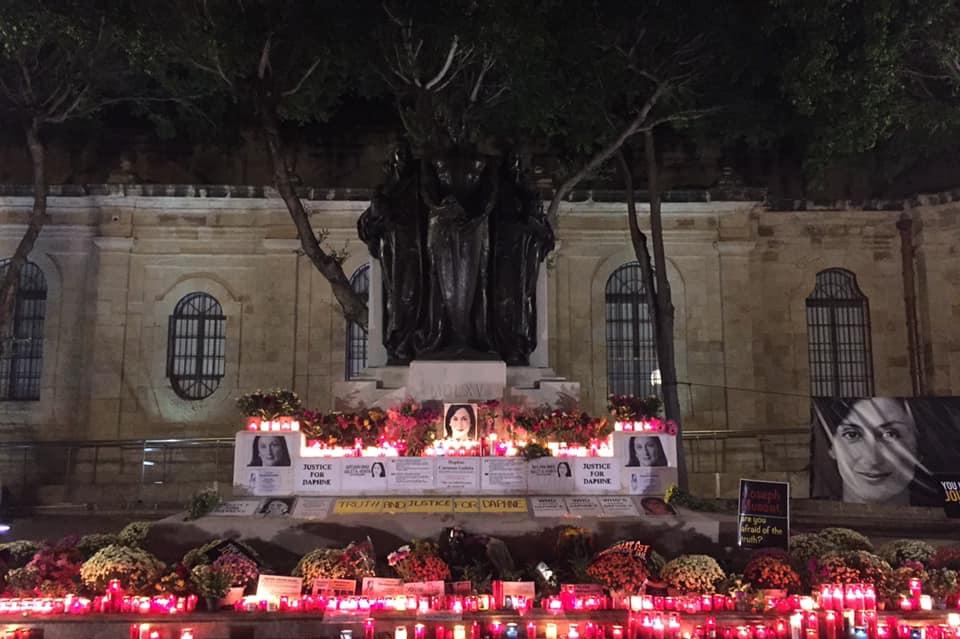 The memorial just hours before it was cleared. Photo: Justice for Daphne Caruana Galizia Facebook page 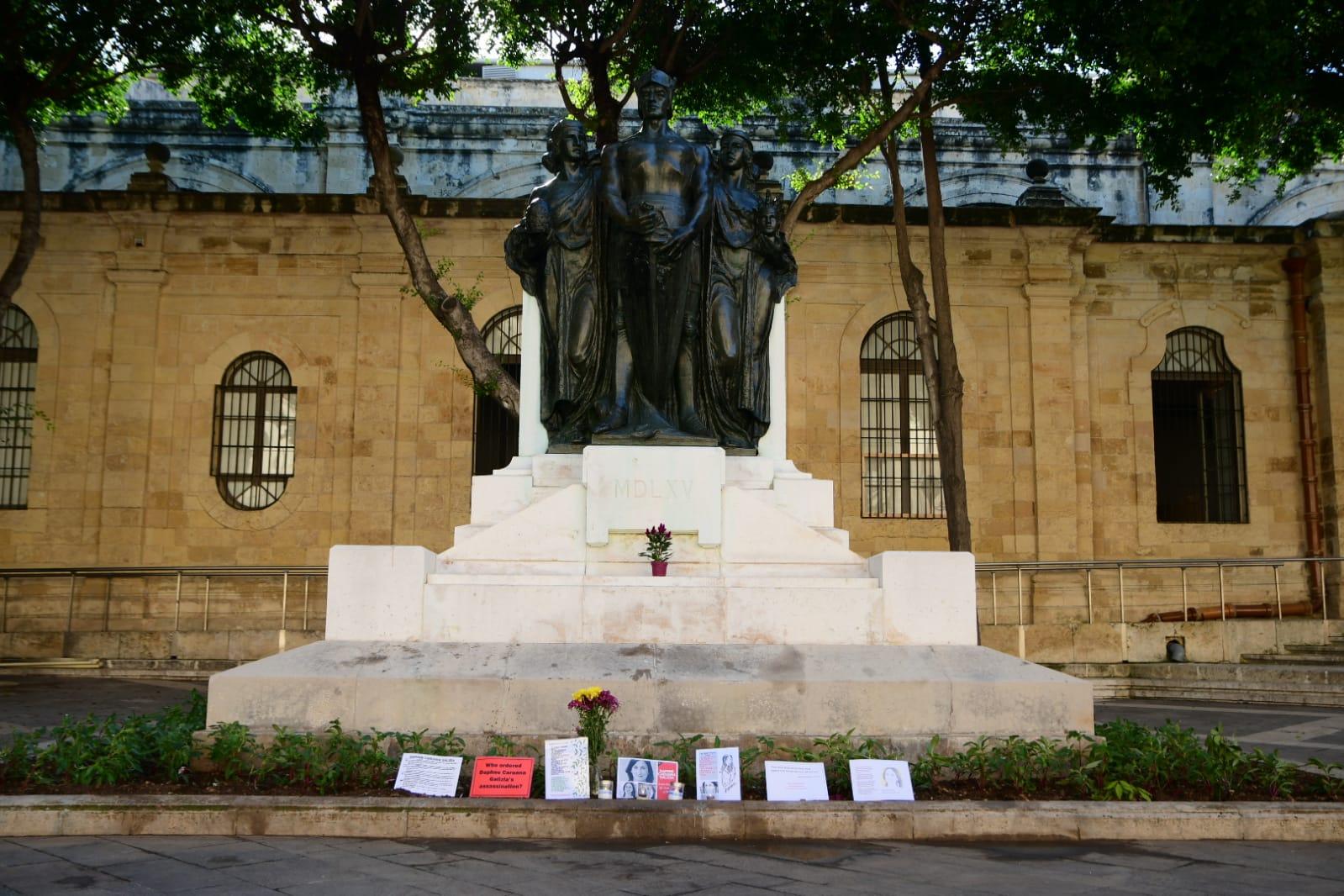 By Friday morning, fresh flowers, notes and candles had been placed at the site.