Darren Debono was sentenced to 10 years and six months in jail for his role in the dramatic 2010 attempted hold-up at HSBC in Qormi.

In a sensational twist on Wednesday night, Debono, one of the accused, reached a plea bargain in exchange for evidence against his co-accused, Vincent Muscat, known as il-Koħħu.

Delivering his verdict, Judge Giovanni Grixti said the court agrees with plea bargaining and handed Debono a 10-year, six-month jail sentence as well as a fine of €18,000.

The plea deal saw Debono sentenced to 10 years imprisonment, with attempted homicide charges, that could have led to a far heftier sentence, being dropped by the Attorney General.

Conviction in attempted homicide would have carried a maximum jail term of 30 years and a minimum of eight.

He also admitted to causing damage to third party property and other charges relating to unlawful possession of a firearm and stolen number plates.

Debono's lawyer Edward Gatt said his client is renouncing his right of appeal.

The two men stand accused of their alleged role in the robbery as well as the attempted murder of two police constables in the ensuing shoot-out.

Muscat had himself offered up details of the heist to investigators in a bid to secure his own pardon.

Suspect Fabio Psaila turned himself in early in December 2010 after being injured in a botched hold-up on a jeweller in Attard a few days earlier. He was subsequently charged with both hold-ups.

In another twist, Muscat's lawyer Franco Debono made the case for the postponement of the trial, saying that Darren Debono, who is likely to be the main witness had never been tested at the compilation. And on the eve of the trial, he suddenly turned up like a "bolt out of the blue".

After taking the arguments into account, the court ordered the records to be sent back to the magistrates’ court to hear this witness and for this reason the trial could not start on Thursday.

In May, Minister Carmelo Abela, a former HSBC bank manager, confirmed that the police had called him in for questioning over allegations that he was involved in the crime.

Former Economy Minister Chris Cardona has also been linked to the case by two men accused who stand accused of murdering Daphne Caruana Galizia. Both Abela and Cardona deny any link to the case. 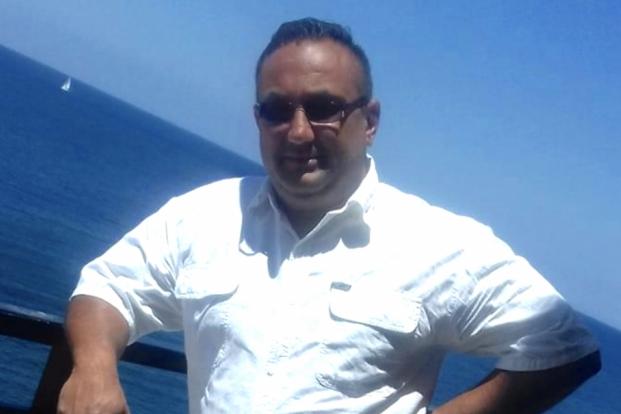 What happened that day?

The attempted hold-up at the HSBC headquarters in Mill Street, Qormi, took place on June 30, 2010, a day chosen because the police were occupied by a major open air concert in Floriana and a state visit by the Italian president.

During the botched heist, three men, wearing wigs and fake moustaches had entered the HSBC building in Qormi.

The police arrived on the scene after receiving a tip-off about suspicious activity at the building and, on their arrival, a vehicle, parked in front of the bank, sped off with the officers giving chase.

The three men were still inside the bank when someone called for help and the officers returned.

Some 65 shots were fire at police who turned up on site and foiled the daring robbery.

During the commotion, a second getaway car managed to escape with all the intruders.

The unsolved robbery attempt had puzzled investigators as armed intruders seemed to have inside knowledge of the bank’s security measures and appeared to know their way around the large premises.