Updated at 8.34pm with PN reaction

The controversial db Group City Centre project in Pembroke has been brought to a halt by a court decision which found that one of the Planning Authority's board members had a conflict of interest in the project.

The “huge” court decision was handed down following an appeal on behalf of three local councils, various NGOs and residents by lawyer Claire Bonello.

Mr Justice Mark Chetcuti ruled that the Environment and Planning Review Tribunal decision in February of this year granting the go-ahead for the project should be revoked and said the Planning Authority’s September approval of the project was “deemed null and without effect”.

The €300 million project, which includes a 37-storey tower and 17-storey hotel, was approved by the Planning Authority in September, despite an unprecedented 4,500 objections from the public, local councils and NGOs.

The 38-storey tower and 17-storey hotel project had been approved by 10 votes to 4.

One of those 10 votes in favour was by Matthew Pace, a board member and entrepreneur who The Shift News had later revealed was involved with a branch of one of the real estate agencies seeking investors and buyers for the project.

Mr Pace is a franchise owner of Remax Alliance Swieqi, which shared a database and website with Remax Malta.

The court observed that the City Centre project was being advertised long before the Planning Board had voted on it, and that any property agent who clinched a deal would receive a commission even if they had not been directly involved in its advertising.

Mr Pace was therefore in a position to receive a commission through his estate agency for a project which had not yet been approved and which he had a say in approving, through his his vote as a member of the Planning Board.

This meant that he had “a clear and direct interest” in the vote which he was duty-bound to declare from the start, the Court said, since there was a potential financial benefit in his regard, “no matter how small that benefit could be.”

Mr Pace ought to have abstained from the sitting on the Board when the decision on the project was to be taken, the court said.

The Planning Tribunal’s assurances of transparency could not be limited to being “on paper”, the court said, saying that Mr Pace in this case was “objectively biased.”

The court expressed “surprise” at the way in which the Planning Tribunal – which had dismissed conflict of interest claims – had handed the matter.

This was “an enormous project” with massive financial repercussions, it noted.
Such projects could not be tainted by “any shadow of doubt”, the court said.

It was irrelevant that the project would still have been approved with or without Mr Pace’s vote, the Court said.

'Back to the drawing board'

Lawyer Claire Bonello, who filed the appeal on behalf of objectors, said that the court decision would force developers back to the drawing board.

Residents had finally been “vindicated” for not giving up, Dr Bonello told Times of Malta.

Residents had joined forces with NGOs and local councils of Swieqi, Pembroke and St Julian’s that had different leaderships and crowfunded to raise money needed to lodge appeals.

This was not a political matter, she added.

A spokesman for db Group declined to comment, saying the company had nothing to say at this early stage.

There was no sign of any workers at the St George's Bay location when Times of Malta visited the project site on Wednesday morning, shortly after the court decision. 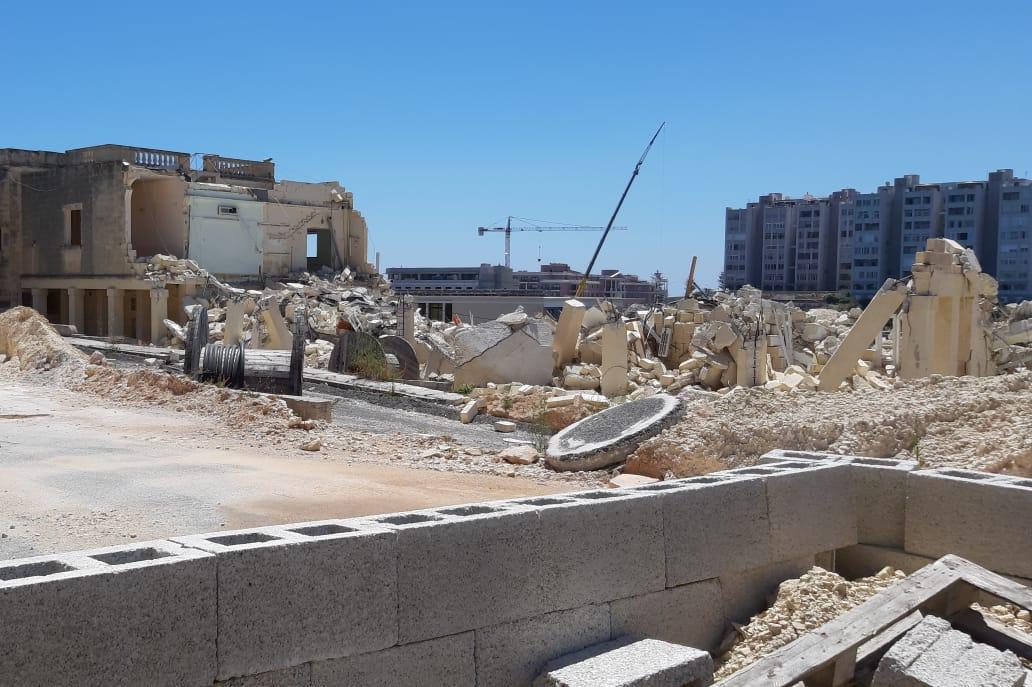 Dr Bonello said residents had found a “measure of justice”, despite so many setbacks and hailed the "vital" judgment.

She hoped that it encouraged other residents and objectors not to give up.

Pembroke mayor Dean Hili said the decision proved that objectors' complaints were not at all subjective, "as some had claimed".

"We were objecting to planning and conflict of interest issues, and the judgement recognised this," he said.

"This is of course highly satisfying, especially at a time when many are discussing the rule of law," he said.

Mr Hili added that he still needed to read through the court sentence in detail to understand the motivations behind the judgement.

Work on the massive project had started in 2018, only to be halted a few months later after opponents filed an appeal.

In February, the planning appeals tribunal ruled that the project could go ahead pending an assurance from Transport Malta that the existing road network could handle the additional traffic it would cause.

That tribunal had dismissed conflict of interest accusations presented by objectors, who had said that Mr Pace and another board member, Labour MP Clayton Bartolo, should both have recused themselves from the vote.

Undeterred, objectors had referred the matter to judicial review. 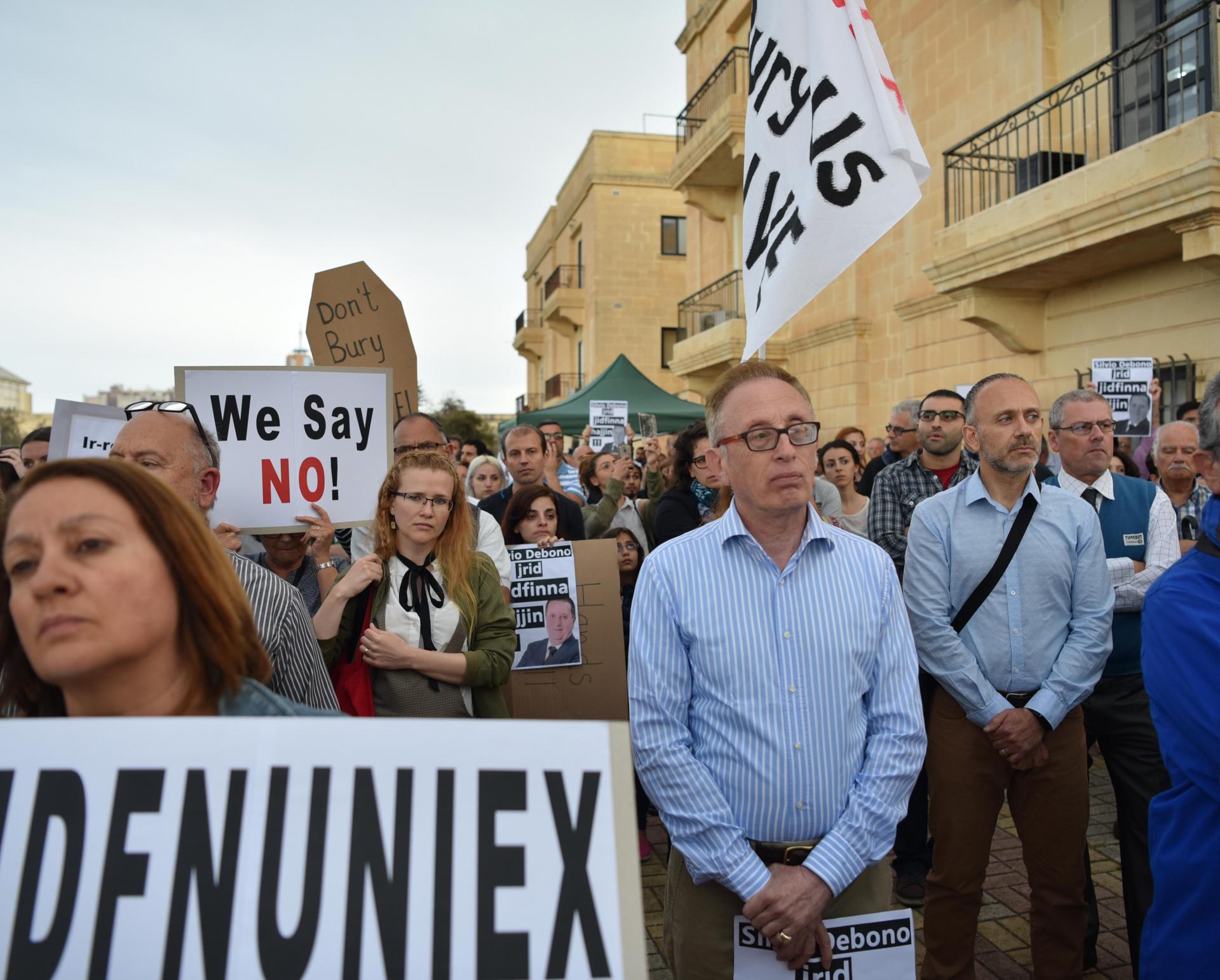 The NGOs, councils and residents who instituted the case welcomed the outcome.

"This has been a long case, from the first core group meetings with concerned residents, to the public meeting to discuss the way forward with the wider community, to the Planning Board meeting which had to change venue due to the unprecedented interest, and then on to the Environmental and Planning Review Tribunal, where we appealed the Planning Board's decision, and then to the Court of Appeal," a statement issued through Moviment Graffitti said.

"These challenges were met thanks to the tremendous support shown by people from all over the islands who responded to our call for crowd funding. Without each and every one of their donations, their support, this would not have been possible. This victory is theirs as much as anyone's."

The Nationalist Party said the court's decision brought sharp focus on the way the Planning Authority operated, with the government's blessing.

It observed that while the court had found a board member appointed by the government to have had a conflict of interest, it was worth recalling that the PA had on the day of the vote on this project spent some €8,500 to fly in another board member on a private jet so that she could vote.

The government had introduced an attitude that anything goes, and an independent investigation was needed into the way the authority operated and how it spent its money.