Updated 11am with press conference details

Elderly St Julian’s residents are scared to leave their homes out of fear pavements will be blocked by abandoned e-scooters, the mayor has said.

The residents are also concerned about scooters zooming past without following road rules, mayor Albert Buttigieg said. This, he said, is a result of a lack of enforcement by the authorities that has led to widespread impunity.

The mayor was speaking as 12 local councils from the Eastern Region came together on Friday to voice their concerns over issues related to the use of e-scooters.

They are calling for action as the scooters’ popularity continues to grow, especially in the region where many make use of them as a cheaper alternative to cars and buses.

“I have elderly residents telling me they are afraid to even leave their homes because everywhere is full of scooters parked in the way. They are also scared about being hit since some riders drive dangerously,” Buttigieg said.

On abandoned scooters obstructing pavements and garages, he said lack of enforcement “promotes a laissez-faire attitude” and leads to more people disobeying the rules.

Acknowledging the benefit of using scooters, such as the cutting down on the number of cars in busy localities and reducing pollution, Buttigieg said the council has approached Transport Malta, offering to allocate parking spaces to be used by those on scooters.

This, however, was made on condition that scooters are then banned from the St Julian’s to Sliema promenade.“Nowadays, residents have very few open spaces to enjoy and the promenade is one of these areas."

Unfortunately, while cars, motorcycles and bicycles are not allowed, it seems this does not apply to scooters.

“Residents are afraid to walk along the promenade because scooters are constantly zooming past,” Buttigieg said.

Times of Malta has contacted popular operators Bolt and Bird as well as Transport Malta for comments on the issue.

Replies were not forthcoming by the time of writing. 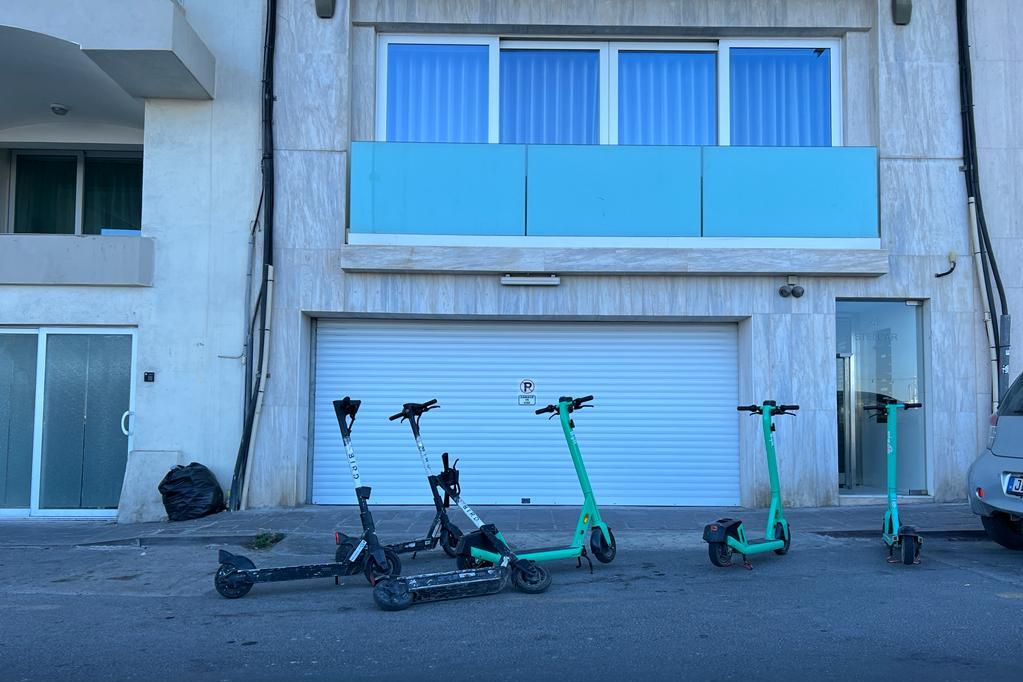 Six scooter riders clearly missed the no parking sign on this garage door at the Tigne Seafront in Sliema.

What are the rules that riders should be following?

Times of Malta visited Sliema on Thursday after several readers reported that scooters were obstructing pavements and parked illegally.

During the visit, Times of Malta spotted scooters parked on pavements in the majority of the streets there, both on main roads as well as less busy secondary roads.

Scooters also lined the pavements in other popular areas including the Qui-si-Sana waterfront and the abutting roads as well as on most parts of Tower Road.

Moving the scooters proved difficult without paying to use them, although some pedestrians could be seen trying to rotate them in order to make the pavements more accessible. 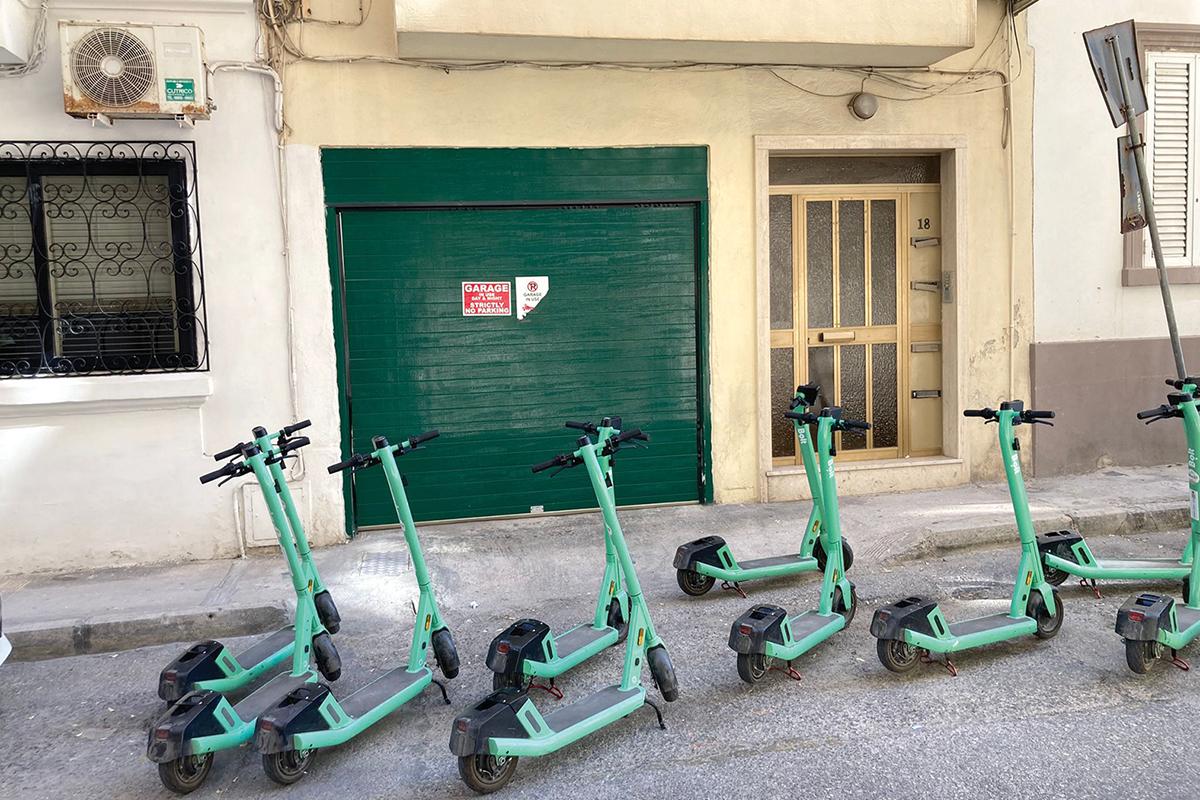 'Act before there's some fatality'

Addressing a press conference on Friday, mayors from localities forming part of the Easter Region called on the authorities to enforce the rules, saying this needs to be done before there is a fatal accident.

Speaking on behalf of the mayors, region council head Anthony Chircop said residents are living "in fear and panic" as accidents involving scooters are regular.

The mayors are mostly concerned about speeding by underage riders who zoom past pedestrians.

"In most cases, the scooters are being used for joyriding," Chircop said, adding that obstruction of pavements was another issue the localities were facing.

Meanwhile, despite efforts to discuss their concerns with Transport Malta and Transport Minister Aaron Farrugia, the mayors have yet to receive any feedback.

The mayors also want the authorities to launch an education campaign aimed at ensuring those on the scooters know the rules. 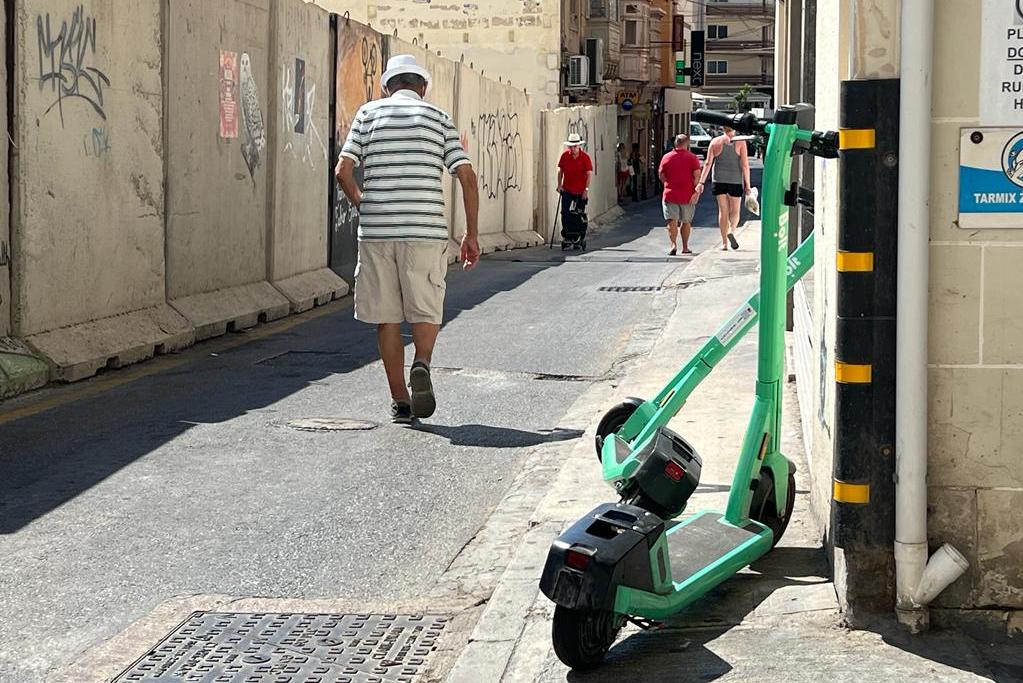 Pedestrians often have to get off pavements because of scooters blocking pathways.