The Environment and Resources Authority has stopped Infrastructure Malta from carrying out works on a rural road in the limits of Dingli because the roads agency is breaching environmental laws.

An enforcement notice dated January 22 has been attached to a sign in the area close to Bufula and Qaws streets in Dingli.

According to the notice, the roadworks resulted in material being dropped on natural vegetation as well and on a protected Special Area of Conservation.

ERA also found that the works began without the written consent of the “competent authorities”.

Infrastructure Malta, the state agency tasked with upgrading Malta's road network, has 15 days from the notice to “restore the site to its natural state” or face daily fines starting from €15 for the first 34 days to €150 after that. 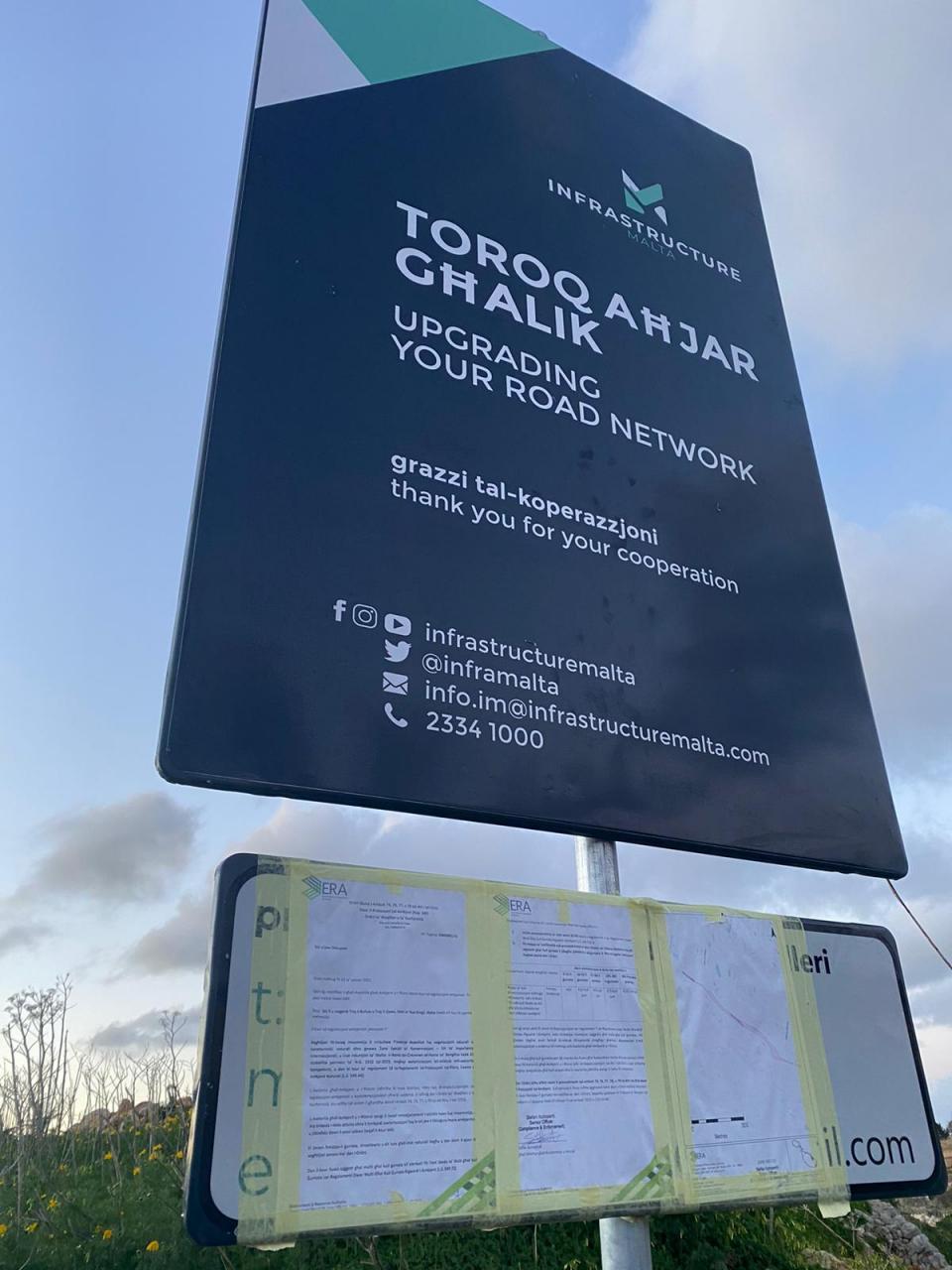 When Times of Malta visited the area on Sunday, it had yet to be restored to its original state. Temporary plastic barriers used during the works were also still in place.

An Infrastructure Malta spokesperson defended the roadworks, saying they were carried out on the request of Dingli local council and the Water Services Corporation.

It said that before resurfacing of il-Qaws road, it had been asked to lay a new underground water pipeline and had obtained the necessary road works permit.

The agency’s contractors started excavating this trench in the middle of the rural road a few weeks ago, a spokesperson said.

"Works were stopped last week by the Environment and Resources Authority (ERA) after workers spilled some of the soil excavated for the new pipeline over the edge of the road, covering some roadside flora," he said.

"Infrastructure Malta has since discussed this matter with the authority and on Monday, the contractor started cleaning the small quantities of soil in question from the side of the road, under the supervision of the Authority’s officials.

"Given the small amounts of soil in question, these works will be ready by Tuesday." 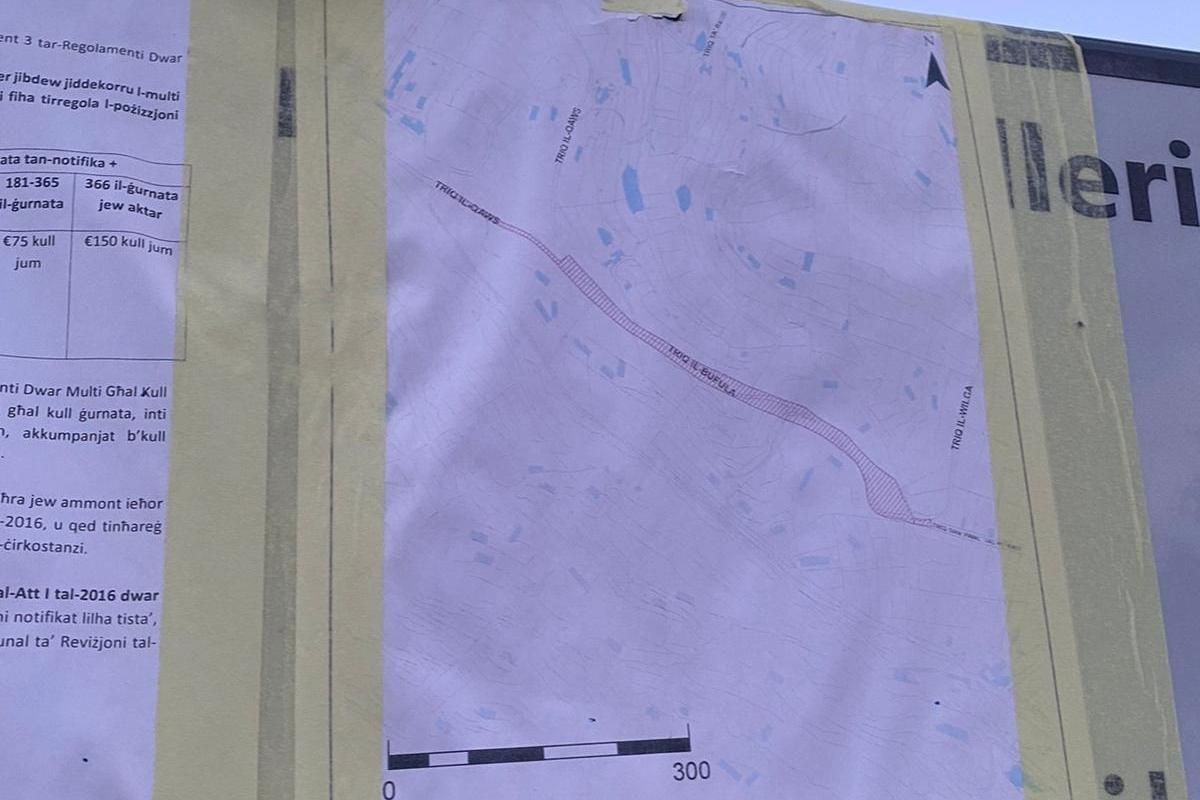 A map of the area showing where the roadworks are taking place.

This is not the first time the ERA had to step in to stop the infrastructure agency from carrying out illegal works.

In 2019, Infrastructure Malta had defied the environment watchdog over illegal works at Wied Qirda in Żebbuġ, including the uprooting of three protected carob trees.

In that case, officials from the Environment and Resources Authority arrived on site and ordered workers to respect the enforcement notice it had issued, but they ignored the requests and the police had to be called in.

Infrastructure Malta insisted it did no wrong. Months later, the agency was granted a permit to carry out the works at Wied Qirda but was also ordered to clean up the environmental mess its illegal roadworks left behind in the protected valley.