A large drone is to be deployed from Malta in a multi-million euro mission that EU border protection agency Frontex hopes will help support longer rescue operations.

A drone carried out a test flight from Malta International Airport on Friday, according to a source who provided photos of the aircraft.

“Often our planes have to return to base because of fuel limits, something that we saw last week when a Frontex plane spotted a boat in distress and alerted all Maritime Rescue Coordination Centres in the area,” a spokesperson for Frontex said.

“When we learned that Italy had dispatched three merchant vessels, the plane had to return to base as it was running low on fuel and was in danger due to increasingly strong winds.”

The drone will be used purely for border surveillance purposes and will not carry weapons, the spokesperson said.

Frontex was asked when the service will start to be provided from the island, which areas will come under surveillance, and which authority will be alerted to migrant movements.

The Frontex spokesperson said that it was too early to discuss such details. As with airplanes or boats used by the agency however, whenever a boat in distress is spotted, Frontex alerts “all relevant national rescue centres”, he said.

“We do hope that the drones will allow us to support rescue operations for longer periods of time,” he added.

Times of Malta was unable to confirm if similar Frontex drones will also operate out of Greece and Italy.

In the central Mediterranean region, the rescue coordination centres are in Italy, Malta, Libya and Tunisia. In the most urgent cases, Frontex also issues an open distress call to all ships in the area of the search and rescue event. 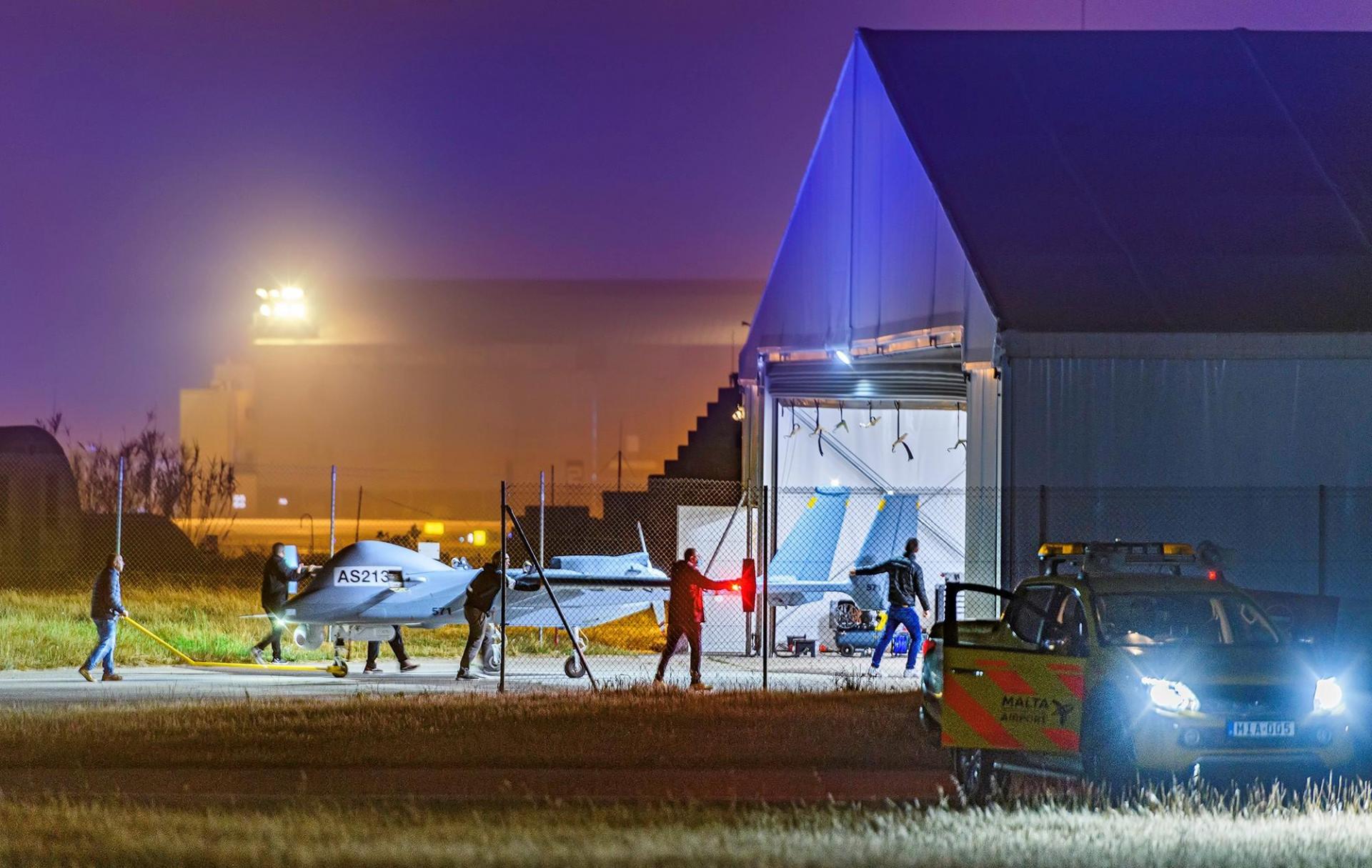 The EU has increased its spending on ways to police its borders as asylum seekers continue fleeing for Europe.

Media reports two years ago that Frontex was planning to use drones had prompted criticism that the unmanned aircraft could allow the EU to avoid its legal responsibility to save lives.

Over the past weeks, NGOs that rescue people at sea have complained that the Armed Forces of Malta (AFM) does not communicate with them or the media, with requests for information ignored.

On Saturday, Sea Watch rescuers retrieved 97 people who had been drifting on a wooden boat in Malta’s search and rescue zone without fuel or food.

The humanitarian NGO said Maltese authorities had invited the NGO to be coordinated by Germany, its flag state.