Interior ministers from several EU countries are meeting in Malta to try to work out an automatic system to determine which countries will welcome migrants rescued in the central Mediterranean.

The ministers from France, Germany, Italy and Malta hope to end the long, drawn-out negotiations that have seen vulnerable asylum seekers including babies stranded at sea, sometimes for weeks. They take place ahead of a European summit in October in Luxembourg.

On his way into the meeting in Vittoriosa Dimitris Avramopoulos, the European Commissioner responsible for migration, seemed optimistic.

“I believe that at the end of this meeting today we shall be in a position to make some strong and clear announcements of how we can move forward,” he said.

The Greek commissioner said his priority was to save lives and to find ways to improve the fight against human traffickers.

“There are some political issues which we will have to decide on today. But this only be the first step. This will be a direction, a policy. Eventually we will have to present it in Luxemburg on October 8, during the next council meeting for home affairs. And then we have to get all the other countries to accept this agreement,” he said.

Asked what he expected to come out of today’s meeting, Dr Farrugia said he hoped ministers would be converging on one common position.

As the ministers gathered at Fort St Angelo in Vittoriosa, a big protest banner was displayed from Senglea, across the creek, by members of the NGO rescue ship Lifeline who have been stranded in Malta by legal issues. They insisted that action needs to be taken by the EU because people are dying in the Mediterranean.

The mooted automatic distribution system would only be a temporary solution until the current system, the "Dublin regulation", can be revised.

Its critics have long argued that it places an unfair burden on the Mediterranean frontier countries Italy, Malta, Greece and Spain. 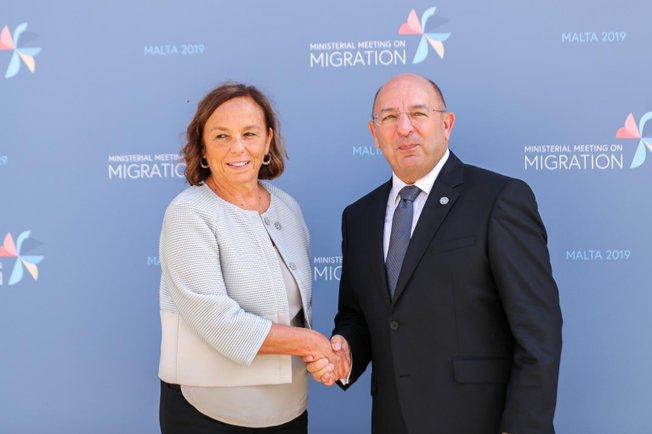 Italy's new, pro-EU government has moved quickly to turn the page on the anti-migrant policies pursued by former far-right interior minister Matteo Salvini, who closed the ports to those rescued.

As a European summit opens in #Malta today, the Italian maritime authorities are allowing the #OceanViking to disembark people who were rescued at sea in #Italy for the second time in a week.??https://t.co/BGnaDNggeT

Countries that did not volunteer to take migrants should face financial penalties, they argued.

At an informal meeting of foreign and interior ministers in Paris in June, 15 countries agreed to the creation of a "European Solidarity Mechanism".

But Hungary's nationalist prime minister, Viktor Orban, rejected redistribution quotas in comments made during a visit to Rome Saturday.

Monday's meeting in Malta will try to decide where those rescued can be relocated - and whether that covers just those fleeing war and persecution, or economic migrants too.

France and Germany are reportedly willing to receive 25 percent of people plucked from vessels in the Mediterranean.

But they are not keen on Italy's idea for migrants to be sent to countries across southern Europe on a rotation basis. 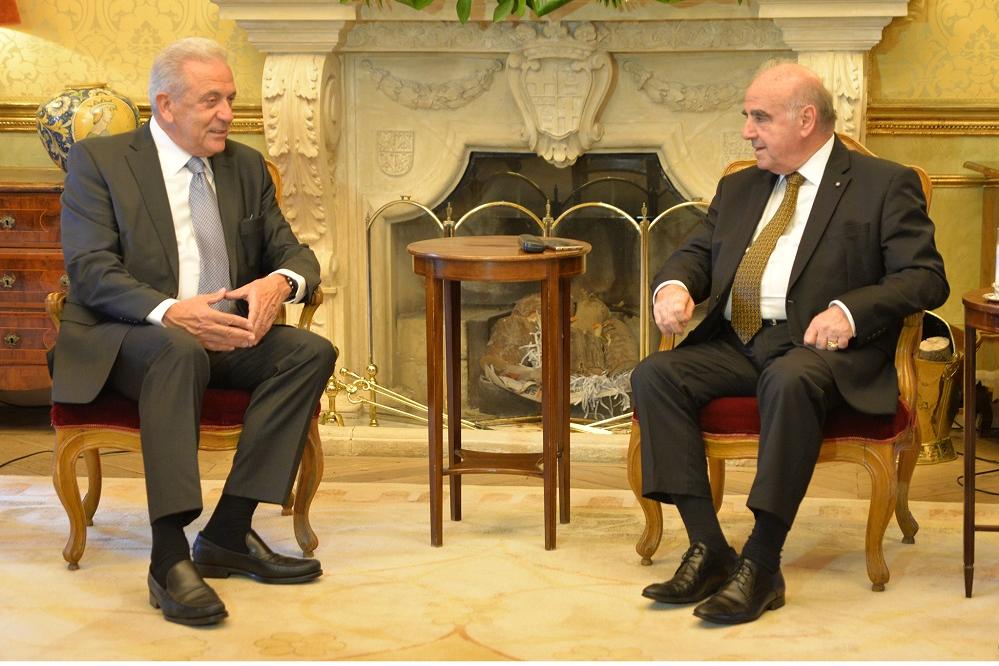 The number of migrants arriving in Europe via the Mediterranean has dropped sharply in recent years. The UN's refugee body recorded nearly 115,000 arrivals in 2018, down from 170,000 in 2017 and over one million in 2015.

European migration commissioner Dimitris Avramopoulos will also attend the Malta talks, as will Finland's interior minister - as they hold the EU presidency.