On the eve of a migration summit in Malta, Home Affairs Minister Michael Farrugia defends his government’s crackdown on irregular migrants and hopes other EU states stop turning a blind eye to the problem. Interview by Ivan Martin.

Michael Farrugia has defended the recent raids by the authorities on migrants’ shanty dwellings, insisting the black market employment of irregular workers was hurting taxpayers.

In an interview, Dr Farrugia rejected claims that the authorities were deliberately targeting the migrant community.

Over the past few months, police and other government officials swooped in on stables and a rundown hostel, which sources said were sparked by reports and complaints by the public.

The raids, Dr Farrugia said, had not been prompted by the Immigration Police, who had only been called in after it became clear to planning and public sanitation officials that undocumented or irregular migrants were living in squalid conditions.

The buildings, in Marsa and Buġibba, had both been transformed by their owners into overcrowded and unsanitary housing for hundreds of migrants, many of whom were deported after they were processed by immigration officials. According to Dr Farrugia, “most” of the migrants processed after the raids were not eligible to live and work in Malta and so had no right to remain here.

Describing them as “the people who line the streets, looking for work, and creating a bad image of migrants”, the minister, said that when it came to black market employment, his main concern was the impact it had on the coffers.“Yes, we need workers – we have more job opportunities than workers. But we need them to be employed regularly because that means they will be paying taxes and national insurance contributions. Anyone who is working in an irregular way will have a negative impact on the revenue of the government, which eventually impacts the people,” he said.

Following the raid on the former Paloma Hostel in Buġibba, dozens of regular migrants are still living in the building, despite police officers having kicked down their doors at the break of dawn.

Asked how he justified this use of force on people who were just trying to scratch a living, Dr Farrugia leapt to the defence of both the police and the country’s integration systems. “I think the police have been unfairly criticised when people say they are targeting migrants. These are people working illegally when they are not supposed to,” he said.

Dr Farrugia said when a migrant arrives in Malta, he is given the possibility to seek work from day one – “unlike other member states where they have to wait for nine months”.

“We give these vulnerable people a one-year agreement for a roof over their head, with food, and psychological support, and language lessons to help them integrate,” he said.

During this period, these migrants were urged to find a steady job. “If there are people who decide to spend 11 months of that year, not trying to find work, then there is not much more that can be done,” he said.

Ultimately, Dr Farrugia insists he would adopt the same position for any third country national that came to live and work in Malta.

Turning to the conditions at Malta’s migrant reception facilities, the minister conceded that these were “under stress”.

The infrastructure, he said, “is what it is” but the government would be “beefing up human resources”.

The government was looking at solutions for reception facilities and had been engaging with the Church to set up a public-private-partnership for temporary migrant accommodation.

“If NGOs come forward with solutions and participate in residence possibilities, we can sit down and discuss. So far it has only been the church that has been forthcoming – it is very easy to criticise,” he said.

Dr Farrugia took over the home affairs portfolio in the summer of 2017, a time of flux in the Mediterranean migration landscape.

Asked how he would describe the current state of play, the former family doctor said the pressure on Malta was “much higher” than it had been when he first stepped into the fray. The country was taking in more migrants than previous years, and Malta has had to deal with an Italian government that took a hard line position. 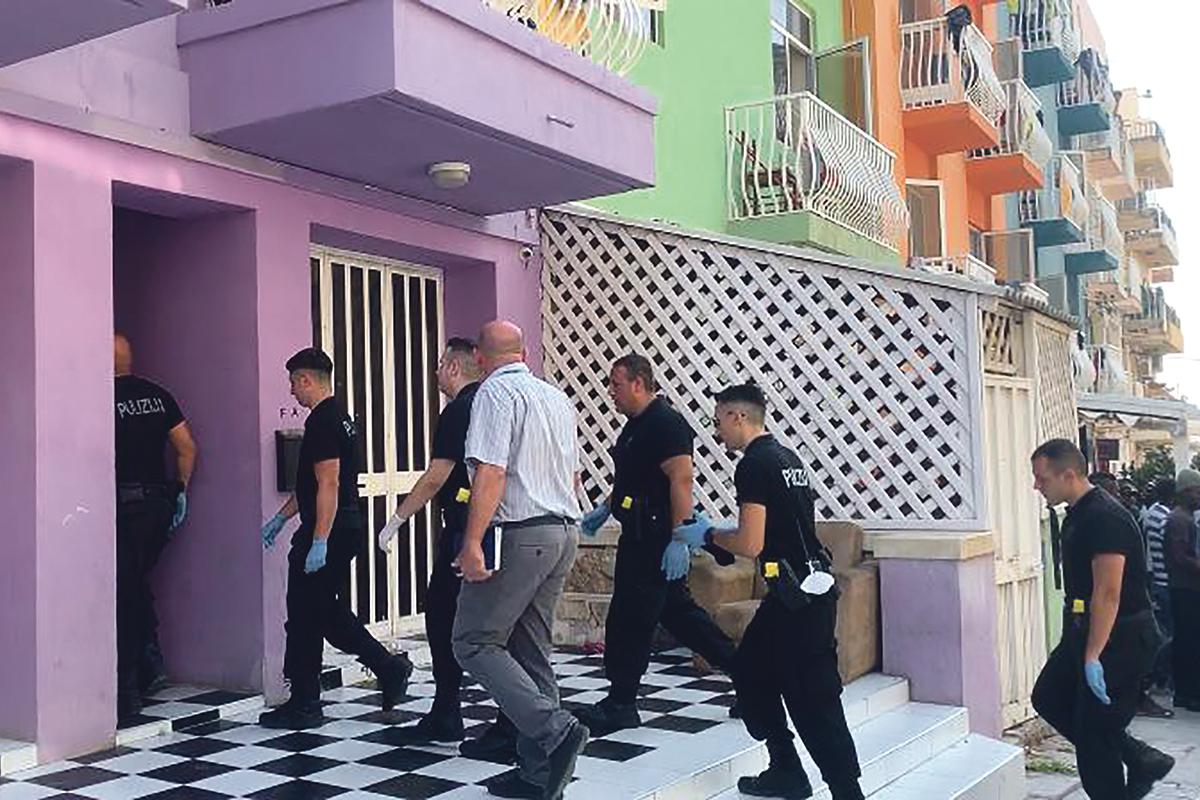 The police raid on the former Paloma Hostel in Buġibba.

“Unregulated” NGO vessels that stepped into the vacuum left by a change in the EU’s external borders policy, had also been a game-changer, he said.

Dr Farrugia described his former Italian counterpart – Matteo Salvini – as “pretty aggressive”, saying his drive to close off Italian ports to migrants rescued at sea had an impact on “the humane aspect” of migration.

Dr Farrugia lamented the lack of solidarity shown by other member states, who he said were divided into three groups; border countries who bear the brunt of the migration flows, the eastern group of countries who were blocking positive change at EU level, and the states that “want to play it neutral”.

Dr Farrugia said member states had supported one another when faced with harsh economic realities, but were not willing to show the same effort to find a solution to the migration issue.

“Member states have been ready to support each other when faced with harsh economic situations. When countries faced excessive budgetary procedures, member states stepped in to support the euro and there was a lot of solidarity,” he said.

However, he said the reaction was different where it came to the humanitarian question of migration. “If this doesn’t change, then I don’t see the migration issue being solved. Unfortunately, I see it becoming a divisive issue between member states in the years to come,” he said.

Dr Farrugia sat down with The Sunday Times of Malta ahead of a meeting of ministers being held in Malta on Monday.

Ministers in charge of migration from Italy, Germany, France, and Finland, which holds the EU presidency, will be present for the meeting.

Negotiations began last July in Helsinki at a meeting that included interior ministers from across the EU.  On the fringes of the Helsinki meeting, Italy and Malta had drafted a joint document on how to deal with the issue of migrant landings.

France and Germany, meanwhile, have come up with a document of their own.

Dr Farrugia said the aim of Monday's Malta meeting was to try to find common ground. A mutually-agreed position could then be pitched to the rest of the EU states – something Dr Farrugia admits is a tall order.

In a nutshell, Malta and Italy are suggesting that migrants that are rescued at sea can be brought ashore, but would then have to be shipped off to a number of other EU states that have agreed to a burden-sharing arrangement.

Germany and France, on the other hand, are suggesting that only a portion of these migrants are relocated, and that they would first have to spend a certain amount of time being processed in Malta or Italy.

Dr Farrugia said there were concerns over where disembarkation should occur, and how long they would have to spend in the country of arrival before being relocated elsewhere.

Malta, he insists, would not become a hub for processing migrant arrivals in the Mediterranean, and it will not be lumped with a disproportionate burden.

“These matters will have to be hashed out and hopefully we can come to an agreement which can then be presented to other partners. If we will find a way forward or not, I will be able to say on Monday,” Dr Farrugia said.