The European Commission has turned down a request by Malta for funding to cover the holding of migrants on tourists boats off Malta.

The Maltese authorities had sought to use the National Programme of the Asylum, Migration and Integration Fund (AMIF) to support the operation which saw 425 migrants held on four tourist boats, some for over a month. The boats were anchored just outside territorial waters.

The migrants were brought ashore on Saturday-Sunday night amid claims of a revolt on one of the vessels - the Captain Morgan launch Europa II. The prime minister on Sunday said the migrants had grabbed knives and threatened to blow up a gas cylinder and kidnap the crew unless they were brought ashore. He said he had not been prepared to endanger lives.

Malta is trying to persuade European countries to take some of the migrants.

France, Portugal and Finland have expressed willingness to help Malta with relocation.

A European Commission spokesperson said that while Malta had not requested new funding for the operation, it had asked to make use of the AMIF fund. As of April, Malta still had just over €10 million of its AMIF available for use.

We found the request not eligible for support. While EU migration funding can finance the provision of such supplies to the persons on board a vessel, all legal conditions must be met

“The Maltese responsible authority did not quantify the amount that would be needed to cover such costs.

“We found the request not eligible for support. While EU migration funding can finance the provision of such supplies to the persons on board a vessel, all legal conditions must be met,” the spokesperson said.

"This includes providing access to the asylum procedure in line with EU law and is also related to the place where the activity takes place. EU asylum law does not apply in international waters, the spokesperson pointed out.

“We are relieved that disembarkation has now taken place. At this stage, we do not have information on the next steps that the Maltese authorities are planning.

“In any case, it is the responsibility of the Maltese Authorities under shared management to use the funding available under the AMIF National Programme to cover the asylum and reception procedures of migrants in line with EU acquis, in the context of ongoing or new implementation activities and in line with the applicable rules for shared management,” the spokesperson said. 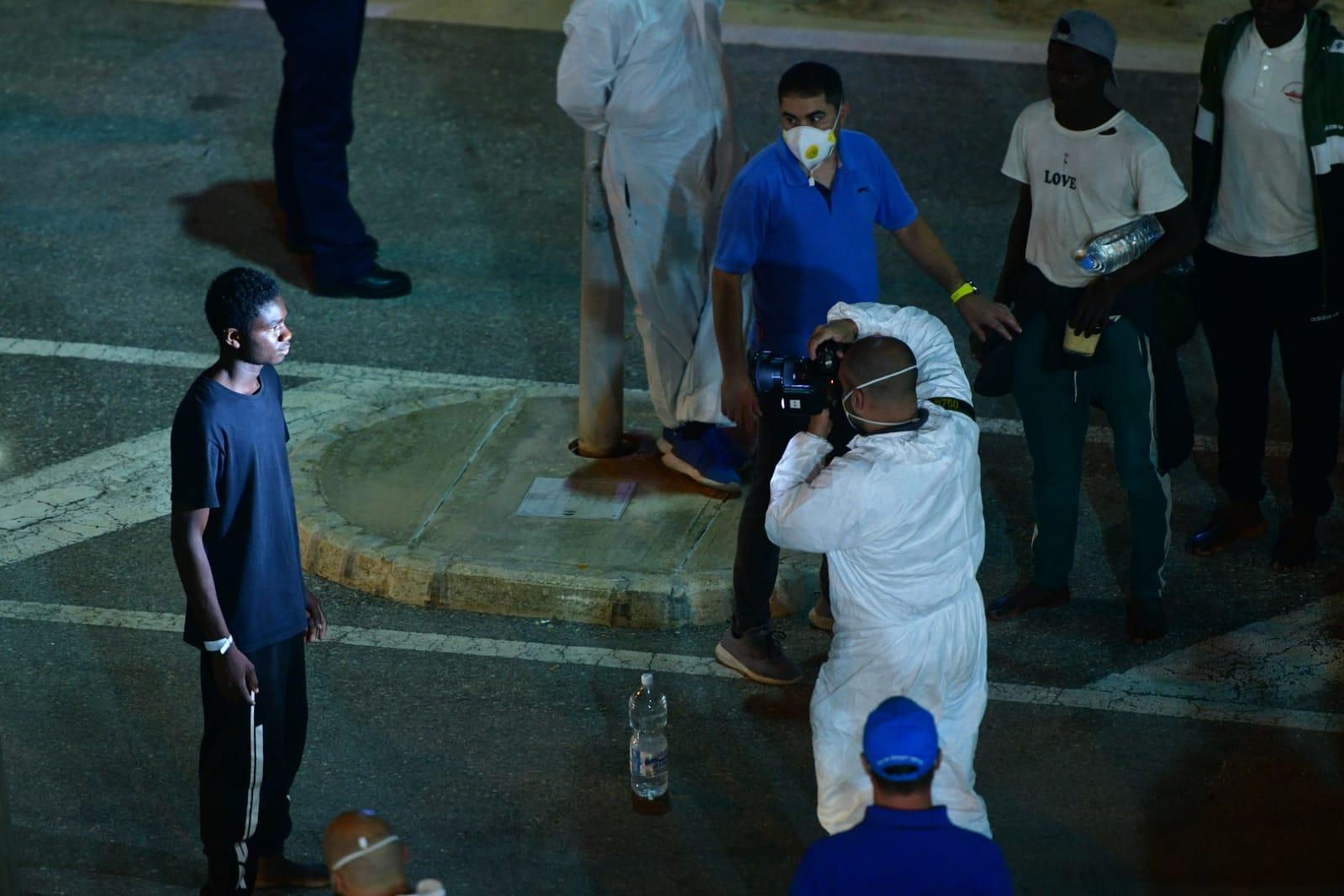 A young man who was aboard one of the boats is photographed following disembarkation on Saturday night. Photo: Jonathan Borg

The Commission had told Times of Malta in May that Malta had requested the funding in order to help it pay for food, medical aid and registration of those aboard the vessels.

According to figures tabled in Parliament recently, each vessel chartered by the government to accommodate migrants rescued by the Armed Forces of Malta cost around €3,000 daily.

The government had opted for the chartering of vessels in the wake of the decision to not allow any migrant to enter Malta after ports were closed as part of efforts to control the COVID-19 outbreak.

The decision prompted widespread criticism, with the government being accused of leaving migrants in distress out at sea.

Meanwhile, a government spokesperson told Times of Malta that the migrants brought in over the weekend “will follow the normal procedures with regards the asylum process”.