The European Parliament has adopted the European Commission's plan for a digital COVID-19 vaccination certificate, but Malta is one of three countries not yet ready to join.

Nine member states are already connected to the EU-wide system, which will officially launch on July 1 following the European Parliament's vote on Wednesday.

Fifteen others have all the technical requirements in place to connect to the EU system, while Malta, Hungary and Finland are listed as being in a 'test phase'.

Speaking in the evening, Prime Minister Robert Abela said Malta had always been a leader in the fight against the pandemic and it will also be a leader when it came to the certificates.

Countries must be fully connected to the EU system for their certificates to be recognised across EU borders, or to be able to verify certificates issued by other member states.

Wednesday's European Parliament vote saw 546 MEPs vote in favour of the Commission plan, with 93 against and 51 abstentions.

The Commission welcomed the overwhelming vote, saying it will help restart EU free movement as safely as possible.

"It will also give citizens clarity to plan their travel," the commission said.

Certificates will be issued free of charge by national authorities and be available in either digital or paper format containing a QR code.

They will serve as proof to show that a person has been vaccinated against COVID-19, has recovered from the virus or received a negative test result.

Malta not yet ready

However, Malta's vaccine certificate is only currently recognised within the island and travellers cannot currently use it as proof of vaccination when travelling overseas.

Similarly, overseas travellers cannot currently use certificates issued by their country as proof of vaccination when arriving in Malta.

Public health chief Charmaine Gauci said that work to integrate Malta's system with the EU-wide one was progressing well.

"We've been working hard on this. We want to both be able to recognise EU member states and also for other countries to recognise our certificates," Gauci said during her Times of Malta Ask Charmaine programme.

"Work is progressing very well. We are in the testing phase and look forward to being part of the EU system."

On Tuesday, the commission said more than one million Europeans had already received their certificate.

"The more certificates we can already issue, the easier the process will be during the summer -- otherwise, we risk a big bang on the first of July, which we cannot afford," EU Justice Commissioner Didier Reynders said. 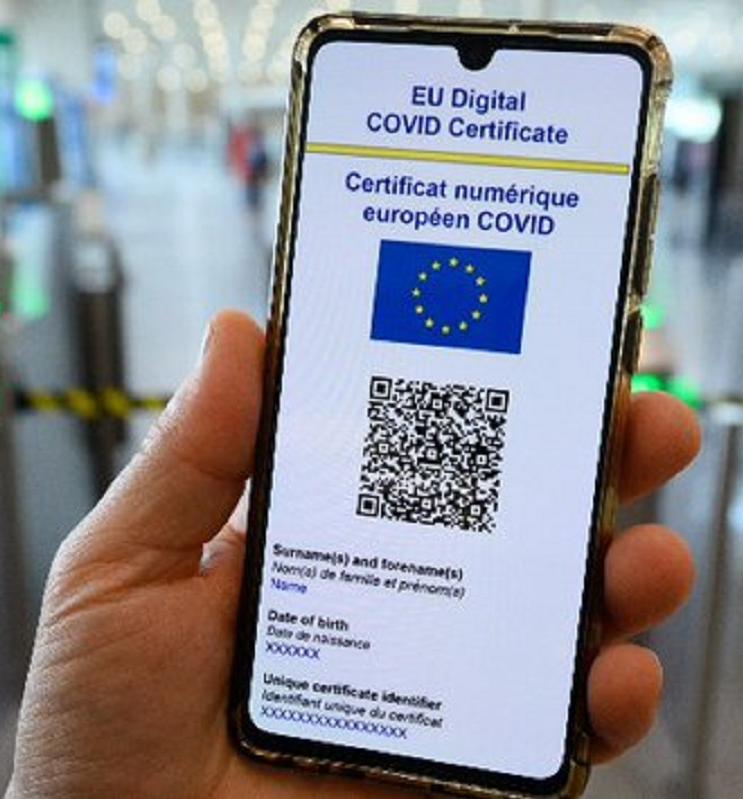 Certificates will only contain minimal data about its holder and EU legislation concerning their use is due to expire after a year, to ease privacy concerns.

Member States will be able to decide whether they accept a vaccination certificate after one dose or after a full vaccination cycle has been completed. Being vaccinated will not be a pre-condition to travel.

EU lawmakers and capitals also agreed that, when it comes to proof of vaccinations, only the jabs authorised by the European Medicines Agency -- so far those from BioNTech/Pfizer, AstraZeneca, Moderna and Johnson & Johnson -- would be accepted in all EU countries.

Reynders said work was ongoing to also expand the use of the EU Digital COVIF Certificate so that it is accepted beyond Europe.

Talks have been under way with the United States, for mutual recognition of vaccination status.

But they have run up against the problem that there is no single federally backed certificated in the US, only a myriad of state and private vaccination cards almost impossible to authenticate abroad.

MEPs secured an agreement that EU states will not be able to impose additional travel restrictions on certificate holders - such as quarantine, self-isolation or testing- “unless they are necessary and proportionate to safeguard public health”. Scientific evidence, “including epidemiological data published by the European Centre for Disease Prevention and Control (ECDC)” will have to be taken into account. The measures should be notified if possible 48 hours in advance to other member states and the public should be given 24 hours notice.