A wheelchair and a child's pushchair: an image by Times of Malta photographer Jonathan Borg that characterises the vulnerable refugees fleeing war across the Ukrainian-Romanian border.

“Practically everyone is crossing with children, there are very few men here, just those over 60, the ones who cannot fight,” Borg, who spent the weekend documenting the humanitiarian effort, said.

Clutching pets and toys and wrapped in layers of clothes against the freezing weather, children and their mothers have poured into the border town of Siret in Romania. 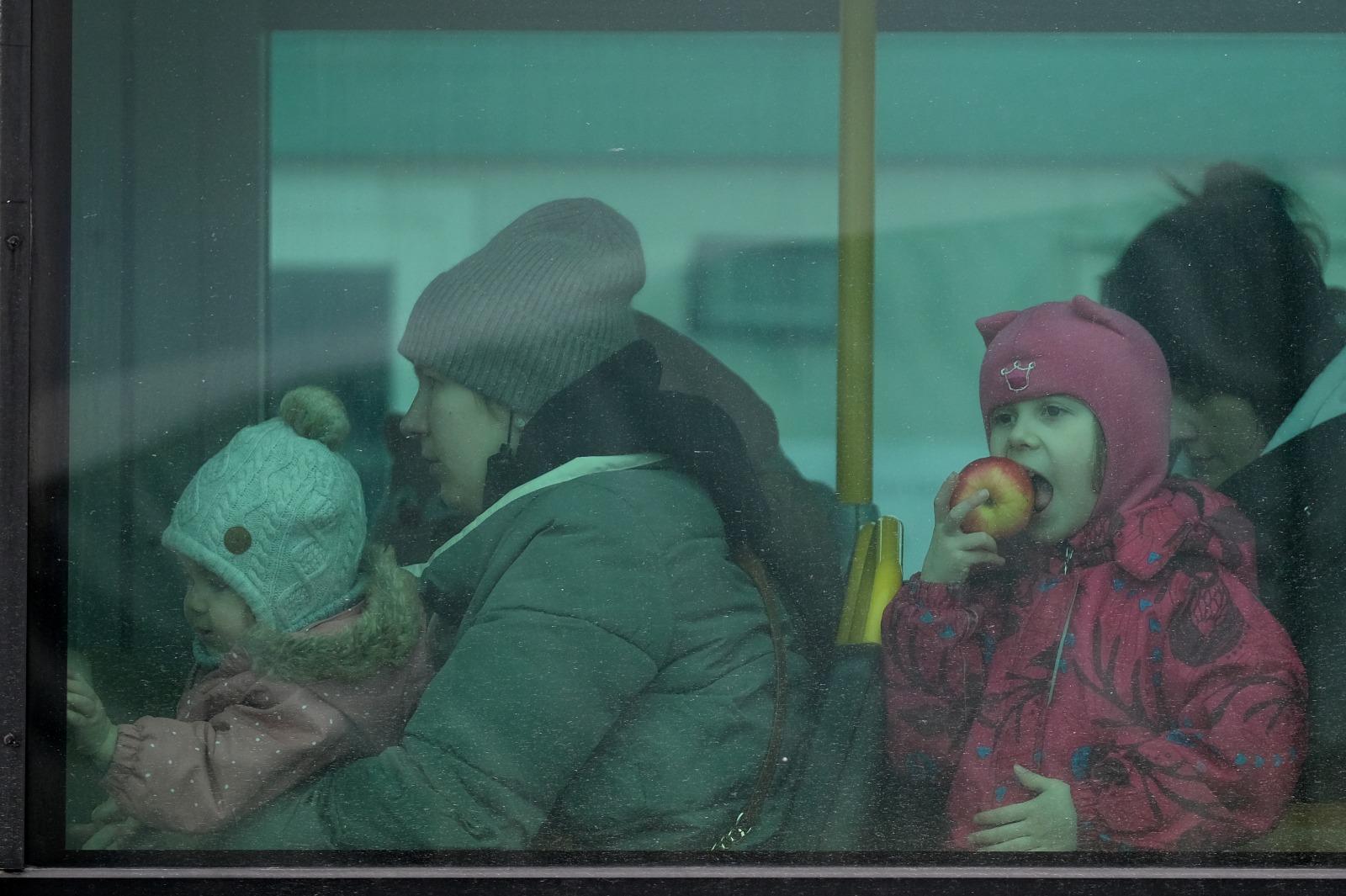 A child eats an apple as a bus full of children arrives in Siret. Photo: Jonathan Borg 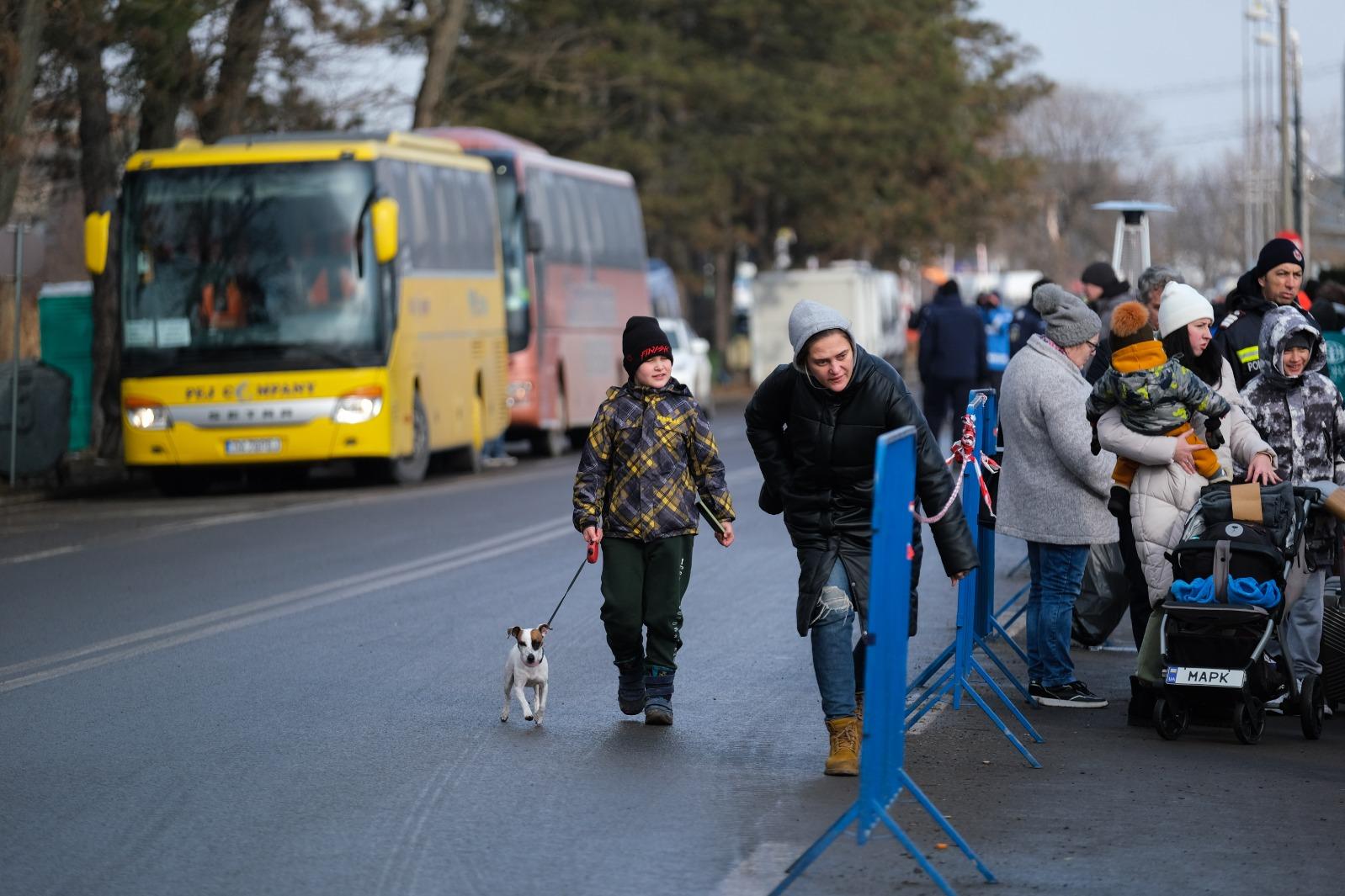 A child's best friend: a boy walks his dog as he crosses the border. Photo: Jonathan Borg

“It’s clear that they’re very tired. There’s lots of ice on the ground and some of them have been waiting to cross the border for 20 hours or more.”

Despite the weariness, it seems that nonetheless, children find moments of joy wherever they can snatch them from.

In a refugee tent, Borg captures two boys who’ve gotten their hands on a bubble blower and find the time to make a game of it as aid workers encourage them to play.

As police and emergency services patrol the area, some children are keen to explore and have a look around their new surroundings. 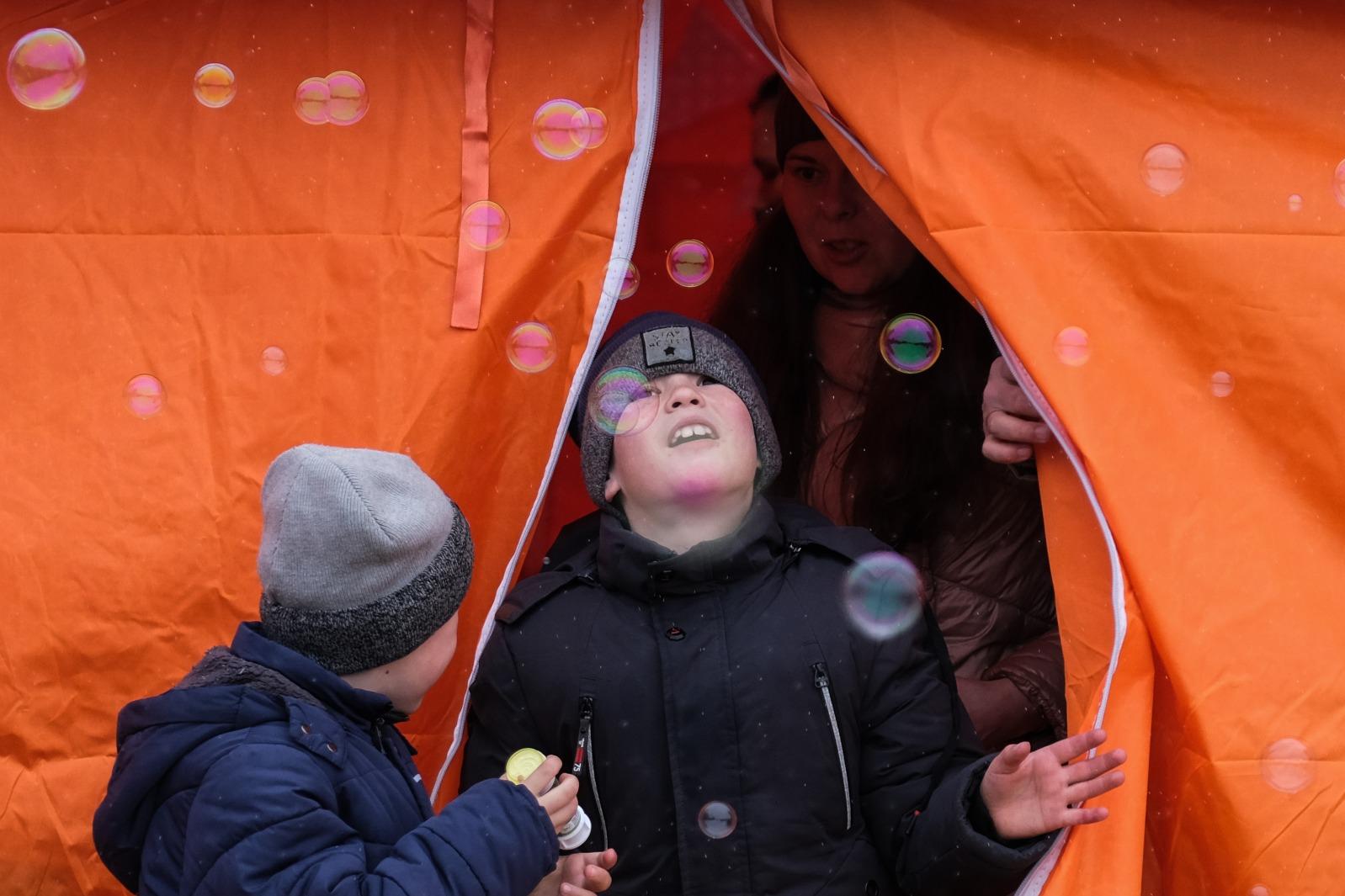 A child blows bubbles at a tent set up by NGOs for refugees in Siret. Photo: Jonathan Borg 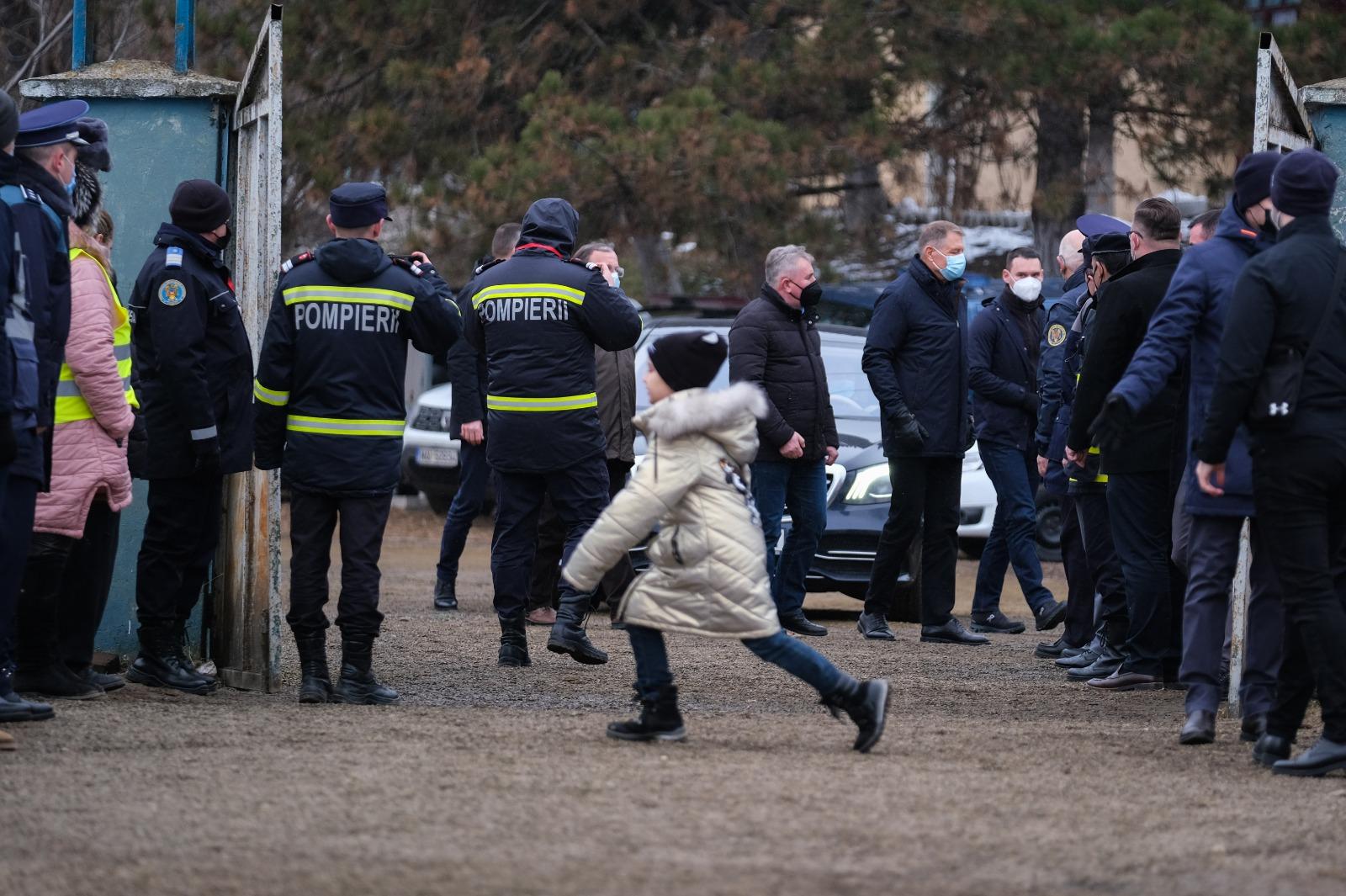 A child runs across the refugee camp. Photo: Jonathan Borg

Over 20 NGOs are based at the camp with volunteers doing their best to help. Times of Malta video editor Karl Andrew Micallef spoke to a 74-year-old Maltese man, who has opened his Frontier Hotel, for free, to the many refugees.

Micallef said that much of the aid work in Siret is focused on finding shelter for the refugees that arrive and arranging transport for them to their final destination. 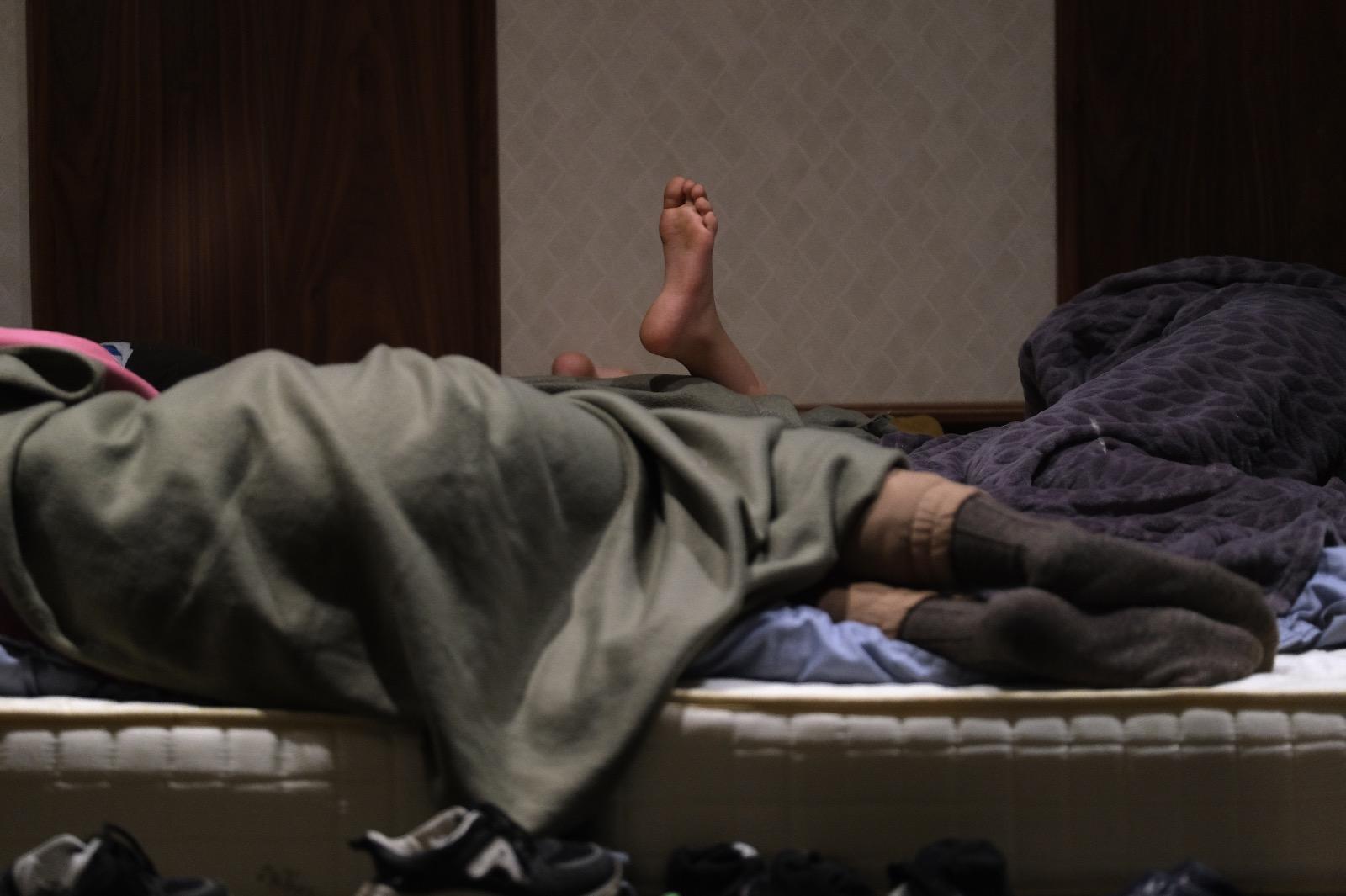 A child's foot pokes out as refugees find a spot to sleep in a hotel. Photo: Jonathan Borg 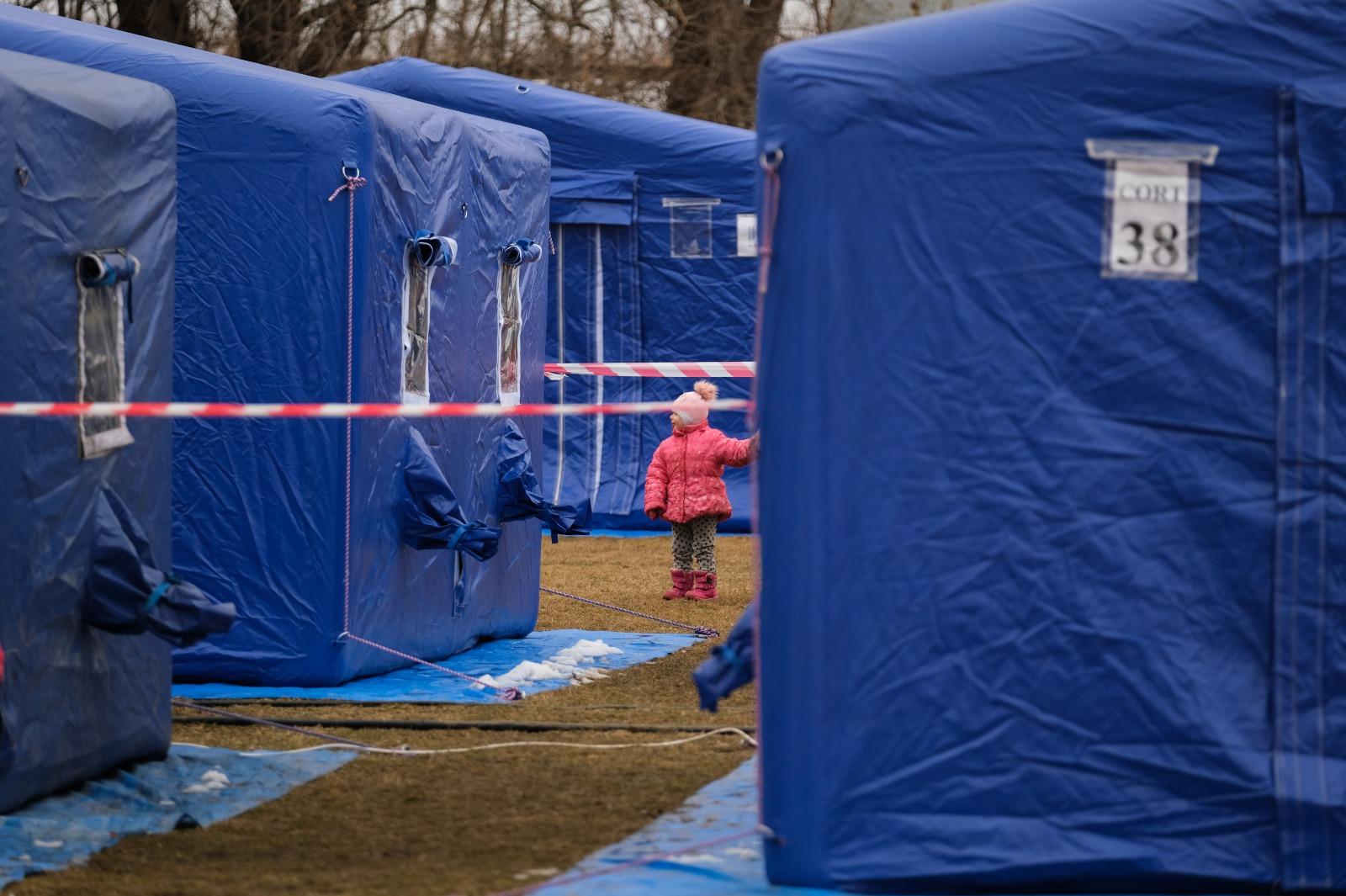 “Some of them are being relocated internally so they’re here for a day or two until aid workers can find them suitable accommodation. But others are moving on to other countries, so they wait around until transport can be found for them.

“Most of them are relieved to be here,” he continued.

“The border is organised very well and the ones who make it across are being well taken care of.” 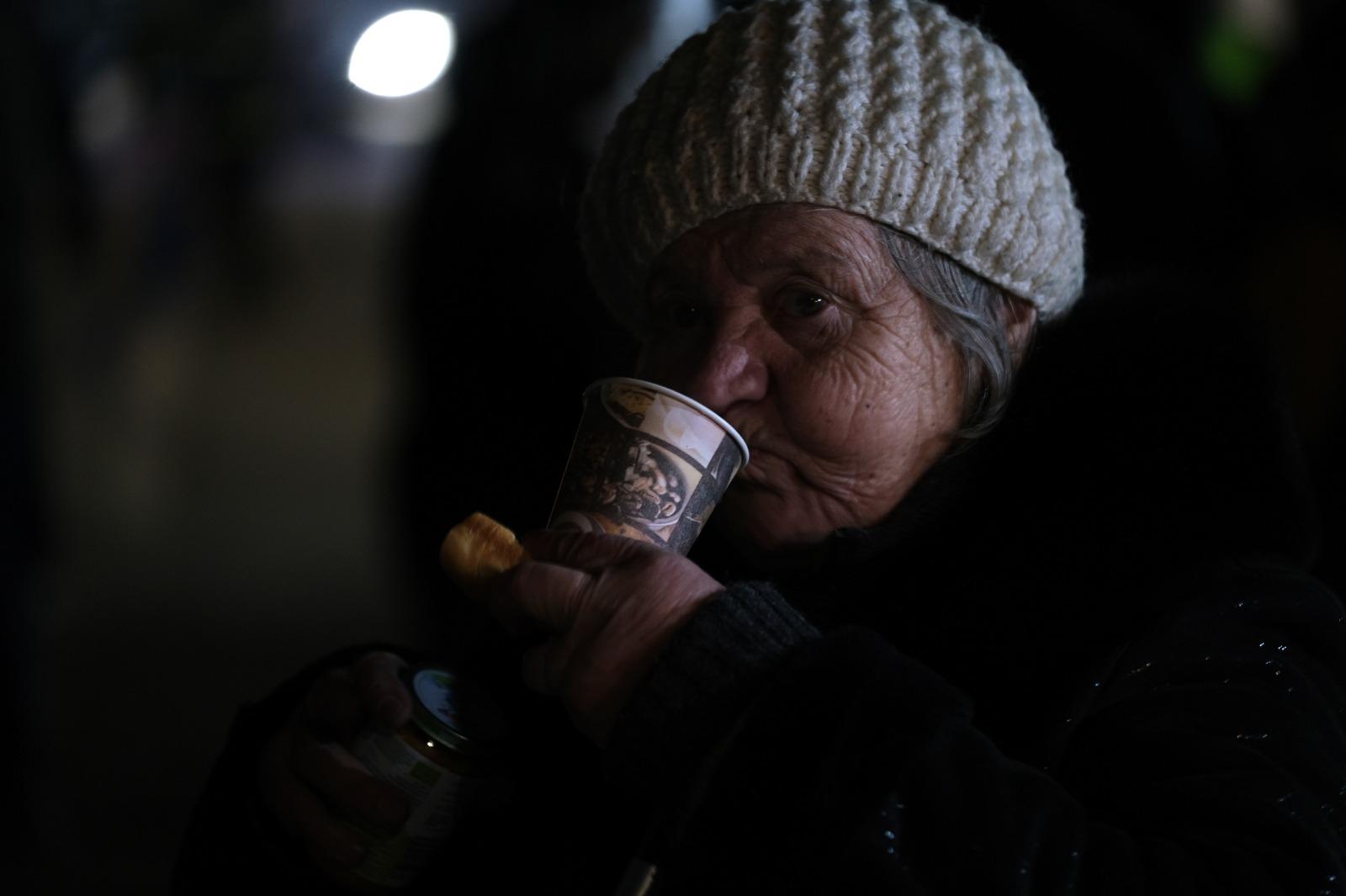 An elderly woman is given a warm drink. Photo: Jonathan Borg 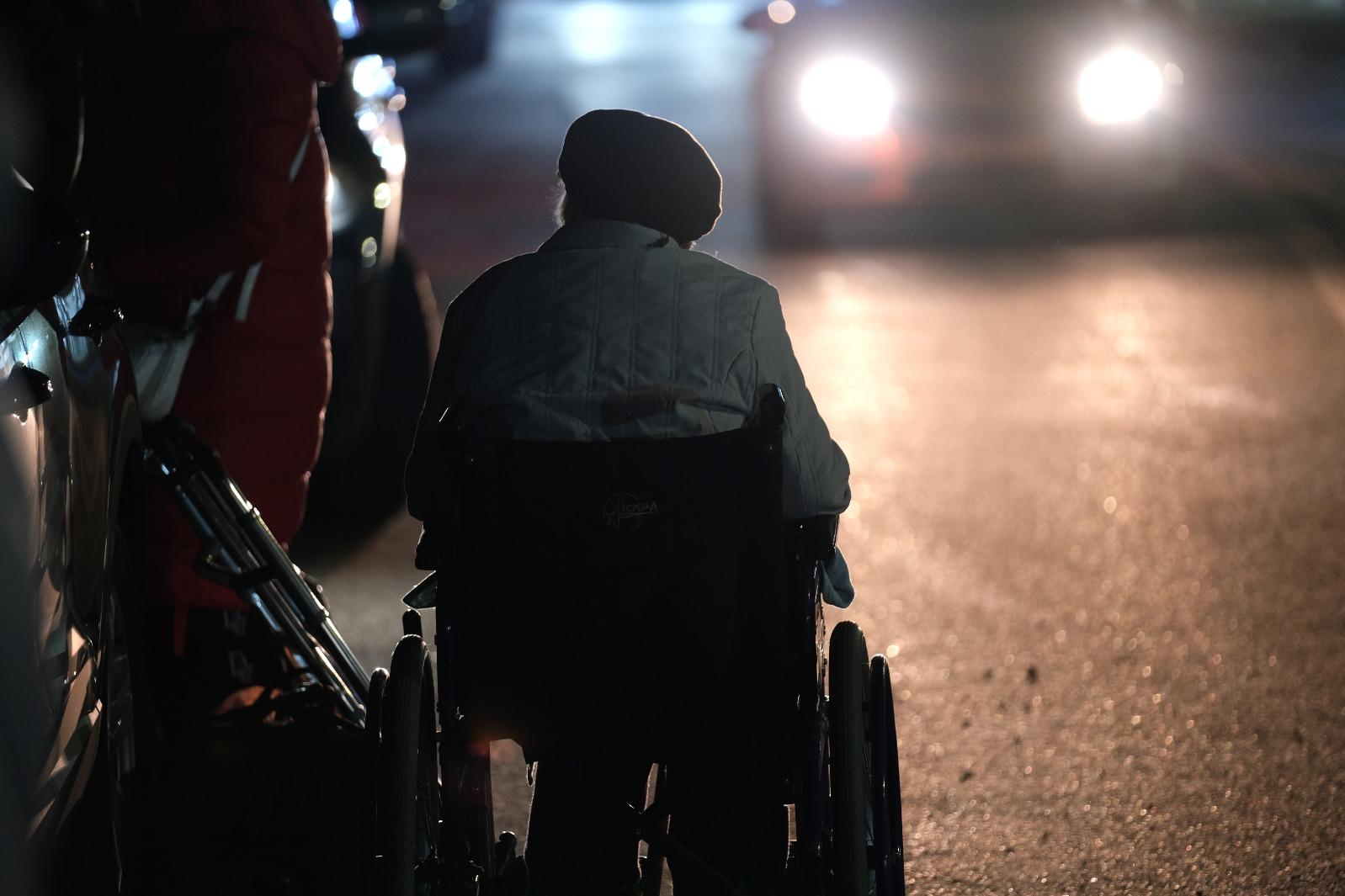 Elderly are finding ways to flee their home country after the Russian invasion. Photo: Jonathan Borg

SOS Malta volunteer Raluca Colacel, who is also at the Romanian border helping refugees, said that despite the calm demeanour in the camp, for many, emotions are running high.

“Many of the refugees are upset and disappointed at what has happened but still many are hopeful,” she said.

“They cannot understand why their country has been attacked. It is their land and they have strong faith that they will be able to win it back.”

“There is also a lot of pride for the men in their lives that they have left behind.

“But others are clearly traumatised, they are suffering from stress and PTSD and they can barely speak, let alone accept the help that is being offered to them.” 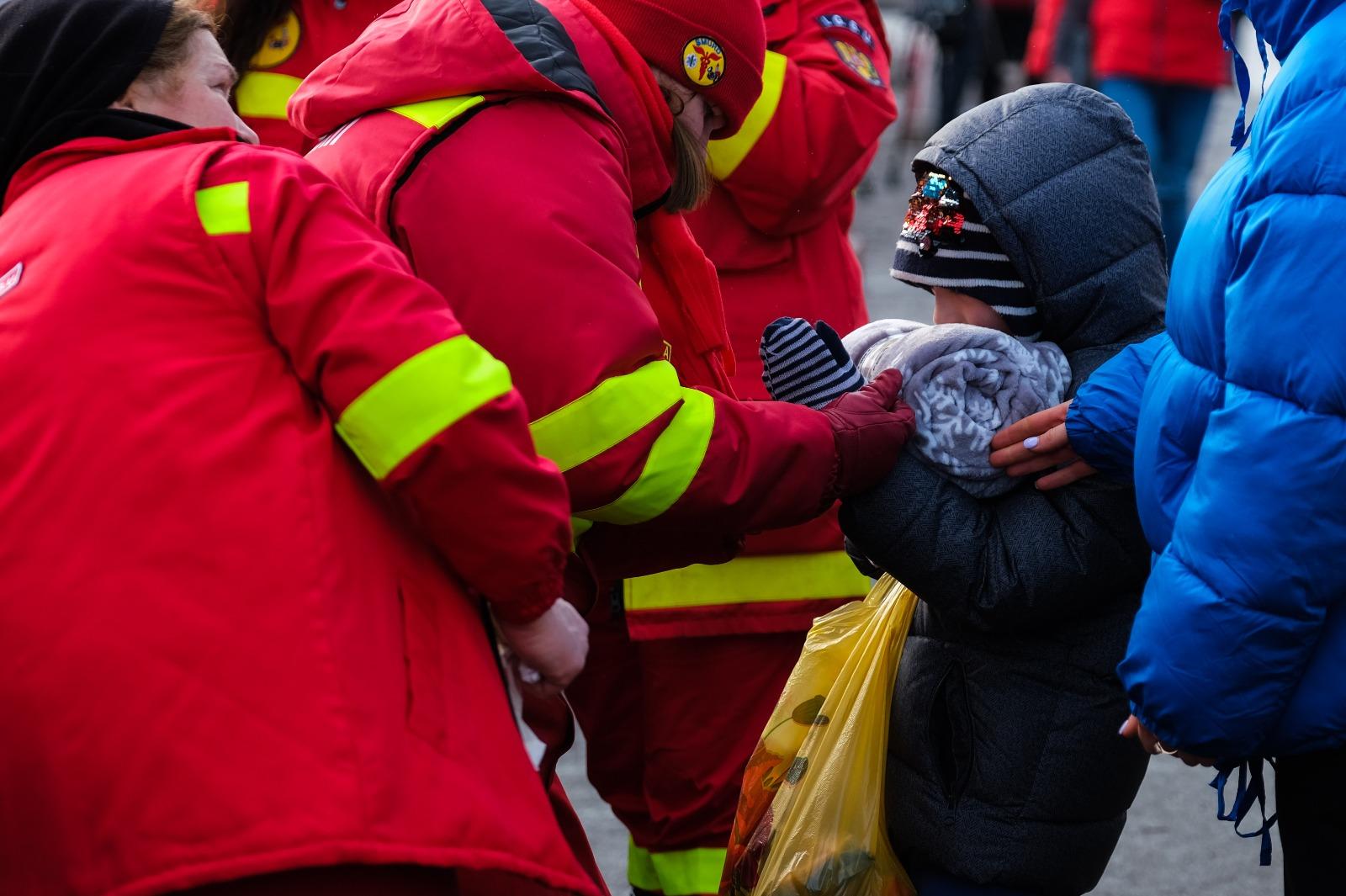 Meanwhile, on the Polish-Ukrainian border, a Maltese man who has travelled to help with aid measures described his “heartbreaking” experience.

“The scenes are beyond description from newborns to an 80-year-old grandma who was arguing with volunteers to let her help out,” said Marc Edward Portanier Pace, who is helping organise transport for fleeing Ukrainians to get to their friends and family in Europe.

“500,000 people fled in the last three days, to the point that new reception centres are having to be constantly set up.” 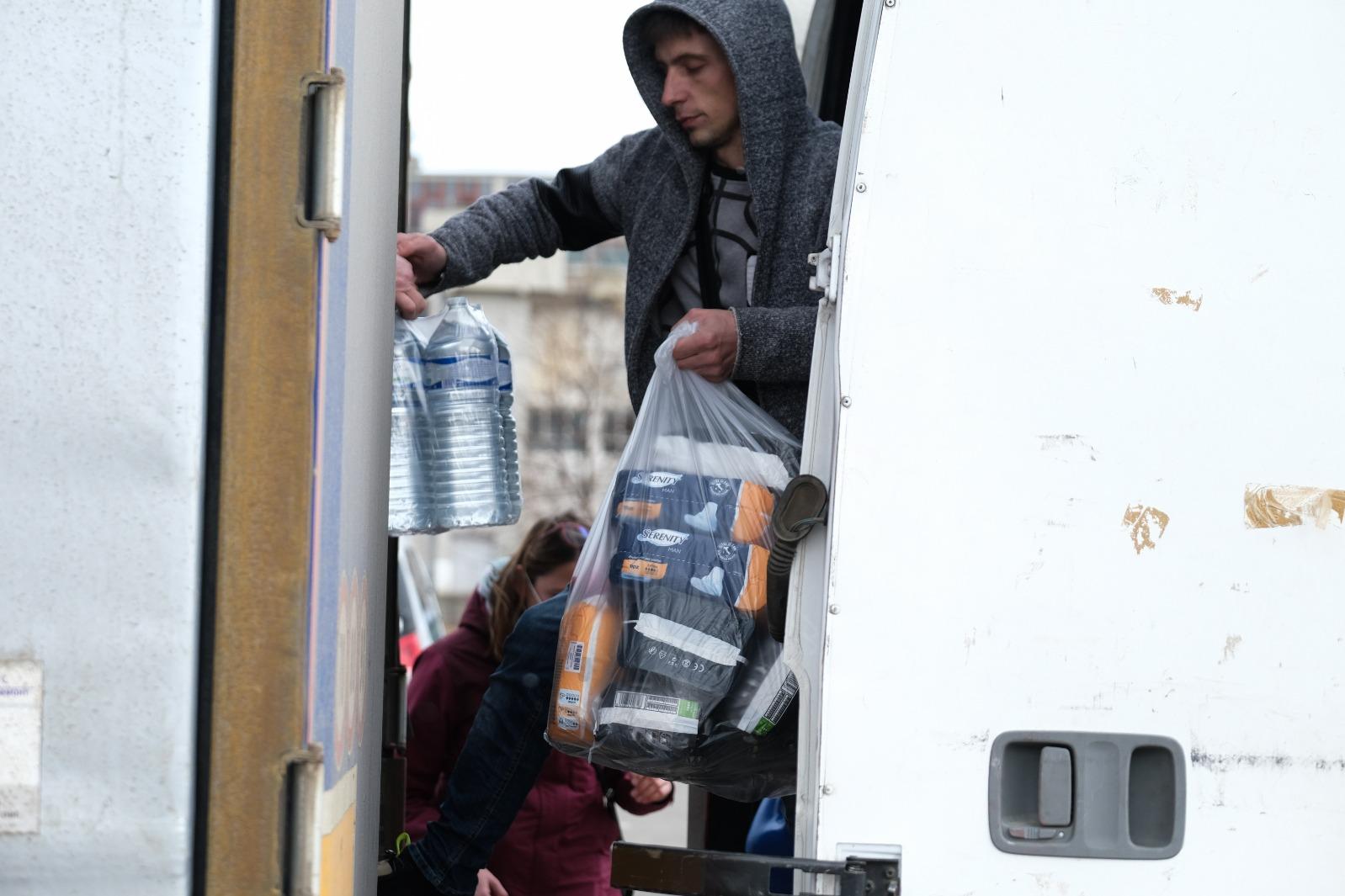 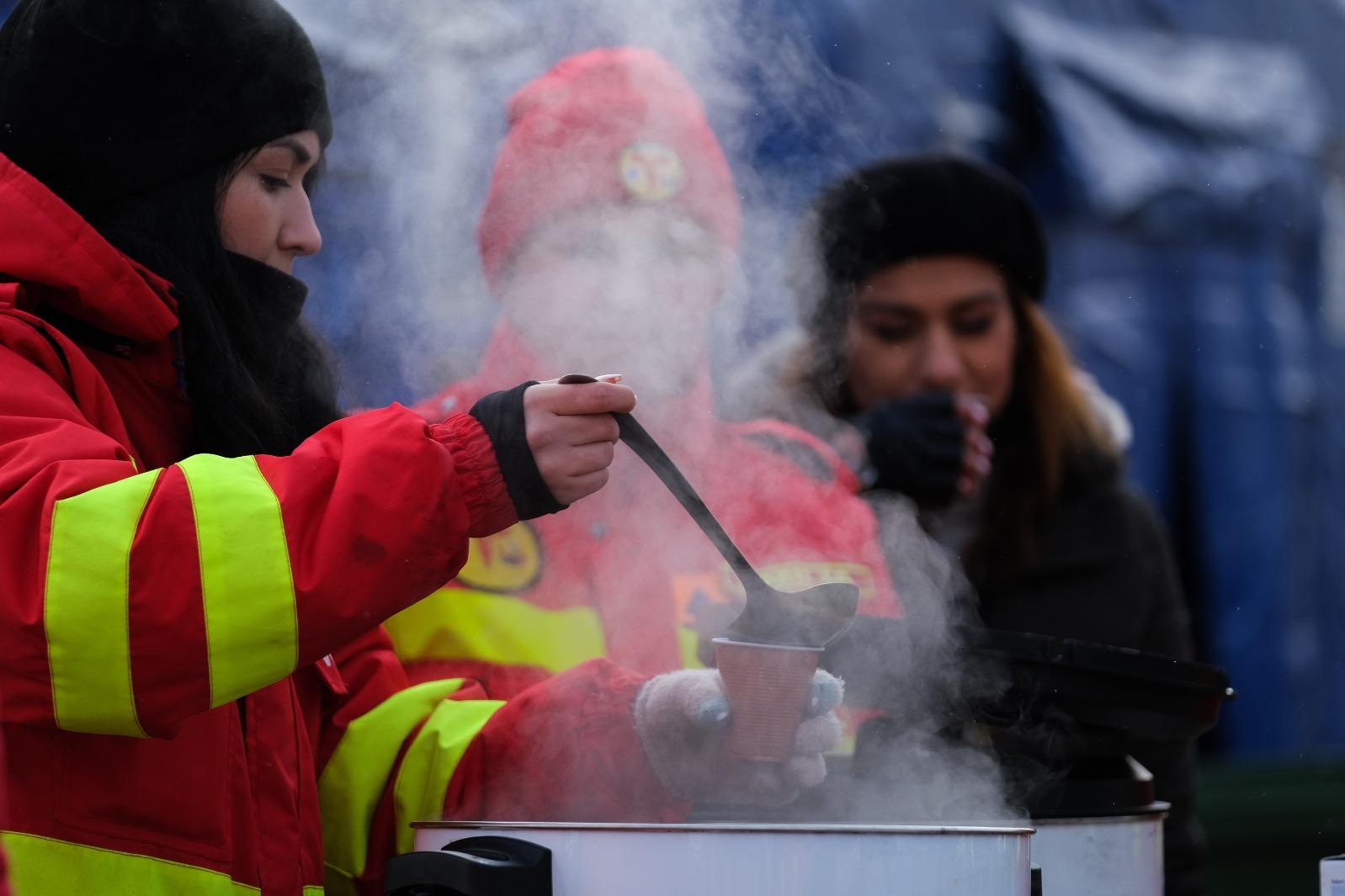 Hot drinks are supplied to those who have reached the border. Photo: Jonathan Borg

“The stories we came across are simply agonising but it’s nothing compared to what they are going through physically.”

“We drove back six people - four unattended minors whose parents stayed back to help since they are medics, as well as a mother and her minor daughter whose husband is a trauma surgeon who had to operate on a teenage boy who was close to a rocket when it exploded.”

He encouraged people to donate, saying he had seen the power of the volunteer effort.