Malta must improve its implementation of three key anti-money laundering issues before it can be taken off a global watchdog’s financial crime grey list.

The three points form part of an action plan that the Maltese government has agreed with the Financial Action Task Force, which placed Malta under enhanced monitoring rules on Wednesday. All three points must be fully implemented before Malta can be taken off the FATF grey list.

At the heart of that plan is an improved commitment to effectively fight tax crimes by using intelligence to catch tax cheats, and better policing of ultimate beneficial ownership rules.

FATF president Marcus Pleyer provided an overview of Malta's action plan at a press conference held two days after the decision to greylist Malta and three others.

He indicated that while Malta had the right legal framework in place, its implementation of these legal provisions was not up to scratch.

Malta's cryptocurrency regulation was "not an issue" for assessors, he said, appearing to contradict Finance Minister Clyde Caruana who on Thursday said that assessors had “significant issues” with the sector.

Pleyer declined to comment on when Malta could hope to be taken off the FATF grey list.

What are the action plan key points?

1. Showing that ownership information for companies based in Malta is accurate, and that authorities crack down decisively when information about company ownership is found to be inaccurate.

"Where appropriate, the FATF expects effective, proportionate, and dissuasive sanctions, commensurate with the money laundering/terrorism financing risks, are applied to legal persons if information provided is found to be inaccurate," FATF president Marcus Pleyer said.

Gatekeepers that do not comply with their obligations to obtain accurate and up-to-date beneficial ownership must be sanctioned.

This includes clarifying the roles and responsibilities of the Revenue Commissioner and the FIAU.

3. Focusing FIAU analysis on criminal tax offences, to get it to produce intelligence that helps Maltese law enforcement detect and investigate cases in line with Malta’s identified ML risks related to tax evasion.

Which other countries were greylisted?

Addressing a press conference, FATF president Marcus Pleyer confirmed Malta had been added to the greylist, together with Haiti, the Philippines and South Sudan.

Pleyer explained how the FATF analysed not only the technical implementation of laws on the statute books but also their effectiveness on the ground. That differs from the Council of Europe's Moneyval, he noted, which is solely focused on assessing a country's technical framework.

The FATF first began reviewing Malta's anti-money laundering regime in 2019. That assessment found that Malta failed in nine out of 11 categories, called "immediate outcomes" by the FATF, in terms of their effective implementation.

Malta passed a Moneyval assessment earlier this year, with the Council of Europe finding the country no longer "non-compliant" with its recommendations. 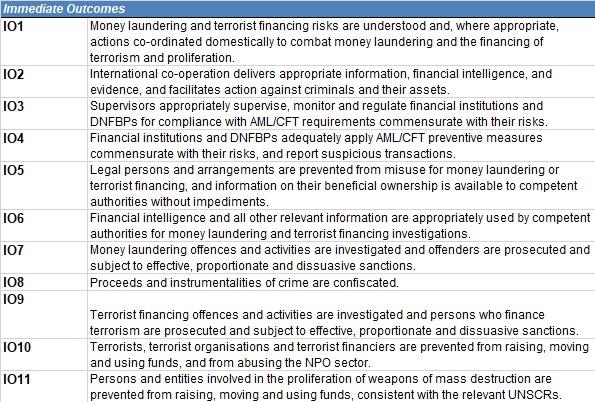 The 11 'immediate outcomes' assessed by the FATF.

What did Malta improve?

Malta has since made good progress on several issues first flagged. Pleyer said Malta had worked well at:

Despite those improvements, other serious issues remain, the FATF president said.

Pleyer said the Maltese authorities "must not downplay the importance of these measures" and emphasised that the Maltese government has given the FATF a clear political commitment to address the remaining deficiencies.

During this week’s FATF plenary, Pleyer said its members were clear that Malta had not addressed all of its shortcomings.

Government: we tackled 55 out of 58 issues

In a statement following the FATF press conference, the government reiterated that it felt that Malta did not deserve to be added to the FATF grey list.

It said that the initial 2019 evaluation had listed 58 recommended actions and that over the subsequent 18 months, all but three of those had been addressed.

The remaining three - the three points highlighted in the FATF action plan - had been addressed "to a partial extent", it said.

It nevertheless pledged to work with the FATF to address the remaining shortcomings "in the shortest possible timeframes" as well as stakeholders who had worked to toughen up the country's anti-money laundering framework.

The government also hinted that several FATF members had disagreed with the greylisting decision, saying it thanked the "numerous jurisdictions that supported Malta and put forward the view that Malta did indeed make sufficient and tangible progress."

Rating agency DBRS Morningstar said the economic impact Malta would suffer as a result of the FATF greylisting decision remained unclear and would depend on how quickly the Maltese government moved to tackle shortcomings.

“While the repercussions to the Maltese economy remain uncertain, if the underlying shortfalls identified by the FATF remain unaddressed, this could impact Malta's attractiveness as a small financial hub and a destination for foreign investment. On the other hand, more tangible evidence of the effectiveness of Malta’s AML/CFT framework could mitigate the impact” said Javier Rouillet, Vice President at DBRS Morningstar.